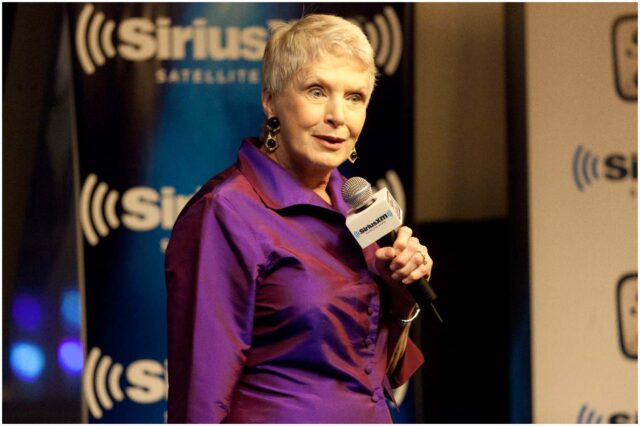 What was Jeanne Robertson’s net worth at the time of her death?

Jeanne Robertson was an American author, popular radio personality, Hall of Fame speaker, and award-winning humorist, who has helped thousands of people add humor to their lives.

She illustrates how a sense of humor can play an integral part of anyone’s success.

Her anecdotes have been broadcast regularly on satellite radio comedy channels including:

“Jeanne Robertson reached her 6’2” stature at age thirteen. Perhaps it was an indication of a future speaking career that would soar to great heights.”

Robertson was born on September 21, 1943. She was raised in Graham, North Carolina, USA.

In high school, Robertson was a basketball standout, averaging more than 30 points a game.

“I had developed a reputation for being funny. It was like a duck to water. I just love speaking.”

”We didn’t have the internet, cassettes hadn’t been invented… but word of mouth began to spread.”

Following her Miss North Carolina reign, Jeanne used the scholarship funds to fund her college education at Auburn University (public research and Land-grant university in Auburn). There, she played on its basketball team and joined Alpha Gamma Delta.

In 1967, Robertson majored in physical education.

In 1980, Jeanne was designated a Certified Speaking Professional by the National Speakers Association, an American-based association that supports professional speakers.

In 2003, The Miss North Carolina Organization named Robertson as its Woman of Achievement.

For decades, her speeches were mostly limited to meetings and conventions, however, with the dawn of the digital age, the world became exposed to Jeanne’s authentic humor when her YouTube videos suddenly went viral.

On August 1st, 1998, Robertson published her third book, entitled – ”Don’t Let the Funny Stuff Get Away.” The book is based on more than three decades of experience and it provides a practical and informative system for gathering life-experience stories which lead to remarkable presentations.

Jeanne Robertson married Jerry Robertson, a graduate of Duke University who received his master’s degree and doctorate at the University of North Carolina.

They were both members of Elon University’s Phoenix Club which supports the athletic program.

READ MORE: What is the net worth of Jennelle Eliana?

“The humorist weaves the longer stories with a point. We don’t go ‘after’ anybody. I’m telling my life!”

“I want them to laugh just as long, just as hard, and enjoy me just as much.”

”Things happen on a daily basis that are really funny, but people often let the funny stuff get away, either because they don’t notice it as funny, or they don’t make it a priority to look for it.”

“When I started speaking for money in the ’60s, I was talking about being a 6’2″ former Miss America contestant who wanted to shoot hoop shots in the talent competition.”

”There’s a big difference between comedy and humor.”

She describes her material as family humor.

In 2001, for “her popularity on the speaking circuit, her award-winning ways, and her representation of North Carolina,” The North Carolina Press Association named Robertson as its North Carolinian of the Year.

Jeanne was featured on the Jeff Foxworthy radio show Blue Collar Comedy. Jeff is a standup comedian and host who has been a member of the Blue Collar Comedy Tour with Larry the Cable Guy, Bill Engvall, and Ron White.

In addition, Foxworthy had his own sitcom in the 1990s simply named – ”The Jeff Foxworthy Show.”

She taught physical education for 8 years in North Carolina.

Robertson earned most of her wealth from her comedy shows. In addition, Jeanne has a YouTube channel that has over 114 million views (about $250,000 in revenue).

Moreover, Jeanne has nine nationally released DVDs as well as three books – Don’t Let the Funny Stuff Get Away, Mayberry Humor Across the USA, and Humor: The Magic of Genie.

Therefore, at the time of her death, American professional speaker Jeanne Robertson had an estimated net worth of $1 million.

READ THIS NEXT: Who is JimmyBoi?