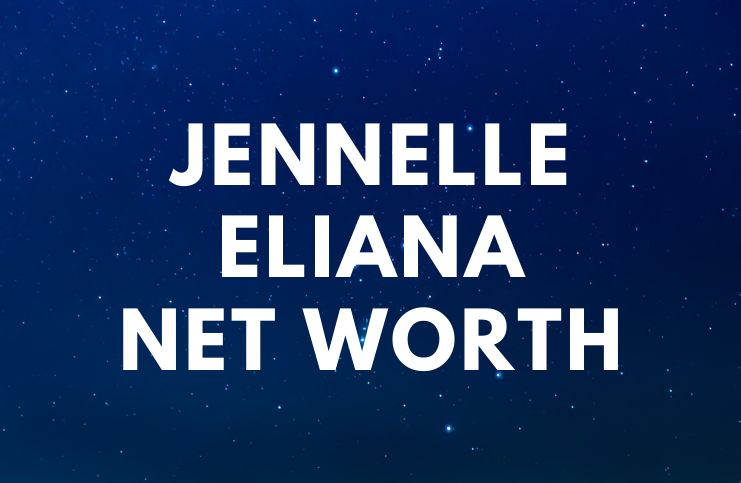 Eliana skyrocketed to fame after she started to document her life on YouTube and Instagram living and traveling in a 1995 GMC Vandura Explorer with a ball python snake, named – ”Alfredo.”

”I’m 20 years old and I’ve been living in this self-converted 1995 GMC Vandura Explorer Limited for some time now.”

At age 18, Jennelle moved out of her house in the middle of the night. She said:

“I actually moved out when I was 18, in the midst of the night.”

”I had a very dysfunctional household.”

Jennelle attended college for a while, however, she decided to leave, as balancing school with work wasn’t feasible.

Currently, Eliana has a full-time job doing data entry for a company in California.

According to her most recent YouTube video, Eliana spent a few months outfitting the van in her workplace’s parking lot so she could avoid paying high rent.

”I definitely think that if you’re toying with the idea [of living in a van], give it a shot.”

Eliana went on to say:

“For me, I find making those compromises worth it, because I just have so much more freedom.”

The van features a spacious home for her white ball python, expansive clothes storage, a working sink, and solar power.

The van itself was bought from Craigslist, from an elderly couple who initially used the van to take their grandkids to Disneyland.

“AMAZING price. The lovely elderly couple who sold it to me only used her to take their grandkids to Disneyland a couple times out of the year. It came fully stocked. Every button worked.”

”They had the original Polaroid TV hooked up to a PlayStation. The motorized bed was still motorized. AC/heater was in tip-top shape and till this day I haven’t had any major mechanical issues. Her name was Dino before I had her painted blue.”

Note – the 1995 GMC Vandura Explorer is a cheap van with some great features. The engine is right in front under the dash – this makes certain things easy to do in the way of maintenance and repairs for the van. In addition, the parts to fix things for this van are very cheap making it cheap to work on.

Eliana said that she just took one month off to travel and film YouTube videos.

Eliana wrote in the description of her channel:

”I made this channel to document my life living and traveling in a 1995 GMC Vandura Explorer with my pet snake Alfredo. I hope to inspire you guys to get out there and do what makes you happy:)”

The YouTube viral sensation reached 400,000 subscribers in 4 days after her first video was published.

”400K subscribers 4 days seems a bit fantastic. But then again, I was only 2 minutes into her first video and hit the subscribe button. No arm twisting required.”

“I feel like now that my platform is big, it does put a little bit of pressure on me to make content that is purposeful.”

The channel has over 52 million views.

“I have no words to express the gratitude that I feel at this moment, but to be honest, watching the rapid growth of my channel was a little overwhelming.”

Jennelle went on to say:

“I needed to take a step back from social media for my mental and physical health, because I was not prepared for this.”

During the video, Eliana explained that she sometimes looks for a socially acceptable open place where she can bathe, however, she prefers to bathe at a gym bathroom.

The channel’s second most popular video is named – ”VAN TOUR | SOLO FEMALE TRAVELER lives VANLIFE with PET SNAKE!” The video has more than 7.5 million views, and it was published on June 26, 2019.

”Hello I’m Jennelle, and I live in a van with my pet snake Alfredo!”

Important note – she had a substantial following on Instagram prior to her YouTube immense growth – around 189,000 followers.

Some fans believe an anomaly in the algorithm which suggests videos to users glitched and overserved Jennelle’s content to the masses. Some users are suggesting they never subscribed to her YouTube channel manually, but somehow they are subscribed.

“There have been a lot of conspiracies that I have a whole team behind me, but I literally just film and edit on my phone.”

T0 create her videos, Eliana uses a microphone, a tripod, an iPhone, and the $29.99 LumaFusion app to edit her videos.

While she was visiting family recently, a stranger pulled into her parents’ driveway and was asking for Jennelle. She said:

“Before that happened, my dad was just lecturing me because he doesn’t think I should drive my van anymore because people will recognize me.”

She said about her albino python:

“From my understanding, Alfredo just eats, sleeps, and survives. When I hold him, he’s just tolerating me.”

Eliana earns most of her money from having a full-time job doing data entry for a company in California as well as from advertisements on her YouTube channel.

Currently, her channel has over 52 million views. She was accepted into the monetization program about three weeks after her first video was published. Therefore, her first 6 million views were not monetized. Hence, she received about $92,000 from ads on YouTube.

In addition, she earns money from selling clothes on Depop as well as posting paid posts on her Instagram account. Therefore, Jennelle Eliana has an estimated net worth of $100,000.