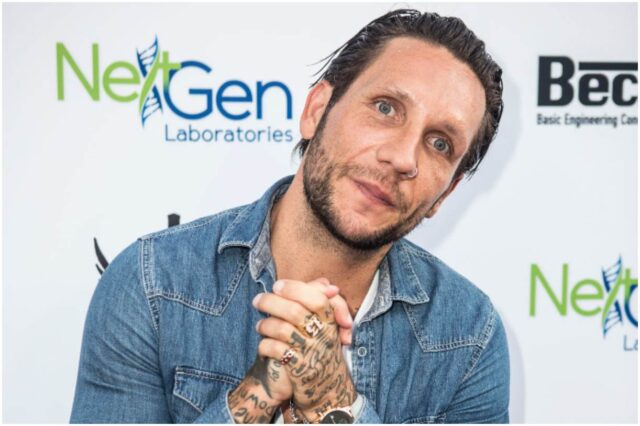 Brandon Novak, nicknamed – The Dreamseller, is an American actor, stuntman, author, and skateboarder, who is best known for appearing in the Jackass films.

Brandon got his first skateboard at age seven.

Novak first gained fame as a professional skateboarder with the Powell-Peralta team, a skateboard company founded by Stacy Peralta and George Powell.

In 2008, he starred in ”Where the #$&% Is Santa?,” a reality comedy film in which also appeared Mark the Bagger and Bam Margera.

Also in 2008, Brandon wrote a book about his life, titled – ”Dreamseller.” In the book, Novak writes about how drug addiction destroyed his professional career and almost his life. Novak said that Bam Margera convinced him to write the book.

In 2010, he was sentenced to 11–23 months in prison for trying to pass a fake prescription for Xanax at a Walgreens.

In 2011, Novak said on Radio Bam that he has used his cellmate’s urine to pass a drug test while locked up. EOnline reported that he went back to jail for 10 months.

Novak was a heroin addict for 21 years. From the age of 17 to the age of 35, Brandon has landed himself in 13 treatment facilities to get help with his drug addiction.

At some point, his mother went to church with one last prayer. She prayed: ”God, please cure him, kill him, or kill me because I can’t take it anymore.”

Novak has been sober since May 2015. He said in a Reddit AMA: ”Once I got clean, I stayed clean, and I didn’t have to tell people I was.” Brandon went on to say: ”My actions were proving the difference.”

During an interview, Novak said:

”The disease of addiction is not a death sentence.”

”Your history does not have to dictate your future and as long as you are breathing it’s not too late.”

In 2020, Brandon penned the book ”The Streets of Baltimore,” which details his rise to stardom on MTV’s show ”Viva La Bam.”

After he broke up with Mandy, Novak started to date Abbey Remmington.

”Life is too short not to take advantage of every given moment.”

”Skateboarding is truly the love of my life, and it scared me to think that I let it slip through my fingers because of drugs.”

”As long as you’re breathing, it’s never too late.”

”My life is lived forwards and learned backwards.”

Novak earned most of his wealth from appearing in over 26 movies, TV series, and documentaries, including – CKY3 and 4, Bam’s Unholy Union, Haggard, Viva La Bam, Minghags, Jackass movies, and Bam Margera Presents: Where the#$&% Is Santa?.

He’s the author of ”Dreamseller: An Addiction Memoir” and ”The Streets of Baltimore.”

Novak has also made money from sponsors, especially Gatorade. Therefore, stunt performer Brandon Novak has an estimated net worth of $0.25 million.

READ THIS NEXT: Cree Summer Net Worth