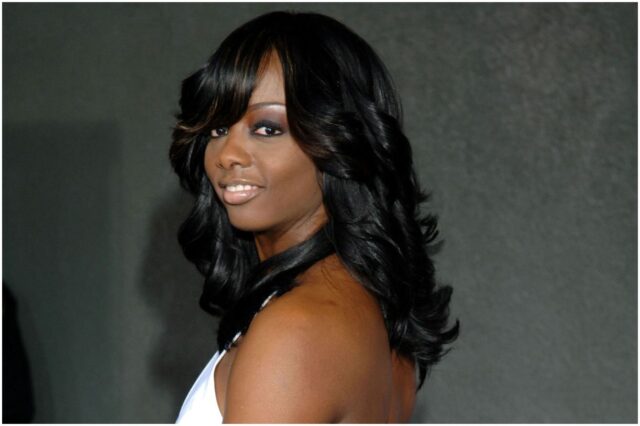 Buffie is the third of seven children.

In 2004, while in Baltimore, Maryland, she met a photographer at a club. She made her some bikini shoots that were uploaded on the internet. Soon, Buffie became a viral sensation.

After her bikini photos went viral online, Buffie was contacted by Tony Yayo (a New York-based rapper who gained attention as a part of 50 Cent’s rap collective G-Unit) to be in his video “So Seductive.”

Later, she was featured in magazine layouts for Black Men Magazine, XXL, and King. In addition, Buffie appeared as a video vixen in the music video for 50 Cent’s “So Seductive.”

Next, Carruth appeared in the music video for Juelz Santana’s “Oh Yes.”

In the same year, Buffie launched her website: BuffietheBody.com.

In August 2006, she released ”Buffie the Body Presents Larger Than Life DVD.” It featured remarkable moments from her career.

Later that year, she played the role of Big Booty Judy in the film ATL.

In 2007, Carruth appeared on The Tyra Banks Show. During the show, she discussed her body’s transformation.

In 2008, Buffie published an e-book named – ”Get Your Mind Right: A Step-By-Step Look at the Modeling Career of Buffie the Body.” Furthermore, Carruth appeared in Subtle Seduction, an independent dramatic-thriller film.

In June 2008, Buffie shot a pilot for a reality show with Vida Guerra.

Note – Vida Guerra is a Cuban-American glamour model who had become a staple in music videos after appearing in:

In 2012, Buffie became a Certified Personal Trainer through The National Academy of Sports Medicine.

In 2013, she released a book titled – “Why Flat Butts Stay Flat!: A detailed guide on building the glutes.”

In August 2013, she released a fitness DVD named – ”Grade A Glutes.” The DVD was produced by Amalh Mendelsohn.

READ MORE: Who is Jasmine Jordan?

She owns a YouTube channel (Brick Built Apparel) that was started on December 23, 2009. The channel has over 395,000 subscribers and more than 38 million views.

”Self-control is not one of my strengths when food is involved.”

”Sometimes I feel like I am overdoing it because I am sore all the time.”

She has appeared many times in:

She earned most of her wealth from hosting more than 400 parties. According to reports, she receives around $10,000 per party. In addition, Buffie has worked as a columnist for Black Men Magazine.

Her books are – Why Flat Butts Stay Flat, Get Your Mind Right, and Vixen Icon.

Additionally, she owns the Brick Built apparel company as well as a YouTube channel.

Therefore, American model Buffie the Body (Buffie Carruth) has an estimated net worth of $1.5 million.

READ THIS NEXT: Nick Clooney Net Worth