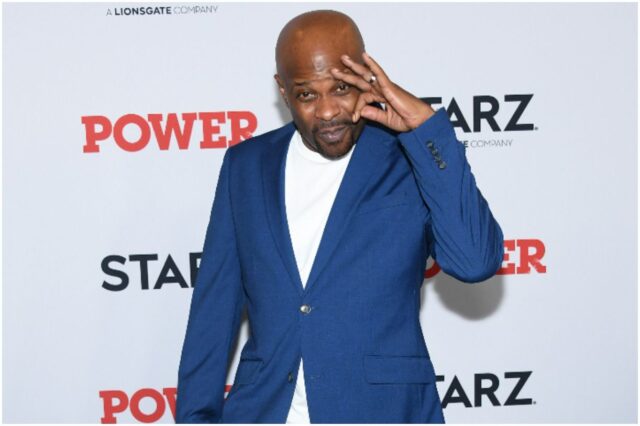 What is singer Case Woodard’s net worth?

Case Woodard is an American Grammy-nominated R&B singer-songwriter who is best known for singles such as “Missing You” and “Touch Me, Tease Me.”

Case was raised in several areas of NYC and New York state, including Mount Vernon, the Bronx, and Brooklyn.

At the start of his musical career, he sang with a duo called ”Black” and an R&B group called ”Future.” After, he got work singing background and co-writing for artists including:

Woodard was noticed by Russell Simmons (chairman and CEO of Rush Communications), who signed him to Def Jam Records.

In 1996, he released the single “Touch Me, Tease Me” that featured Mary J. Blige and Foxy Brown. The single was a success across Europe, reaching the top 40 of the UK Singles Chart. In addition, “Touch Me, Tease Me” reached #14 on the US Billboard Hot 100 chart as well as #4 on the R&B Songs chart.

Later that year, Woodard released his debut album, which also featured Mary J. Blige and Foxy Brown. In the same year, he released the R&B hit singles “I Gotcha” and “More to Love.”

In 1999, Woodard released another album titled – ”Personal Conversation.” It achieved gold status. The album featured the hit named “Think Of You” which reached #50 on the R&B charts. Another single from the album is “Happily Ever After,” which featured Beyoncé.

The biggest single from ”Personal Conversation” is titled – “Happily Ever After” and featured R&B singer Joe. The single reached #15 on the Hot 100 and #3 on the R&B charts.

In 2001, Woodard released his 3rd album, called – ”Open Letter.” It is his most well-known album. The album has a single (“Missing You”) that reached #4 on the Billboard Hot 100. The single also appeared on the Johnson Family Vacation soundtrack.

In 2008, Woodard released a duet with singer Coko (an American R&B recording artist and television personality) titled – “Face to Face.”

On September 21, 2018, Woodard released another album named – ”Therapy.” The album’s first single is called “Make Love” and it featured Tank and Teddy Riley.

He has two daughters and a son.

Case Woodard has been in a relationship with Mary J. Blige, an American songwriter, actress, and singer, who has received an Academy Award for Best Supporting Actress nomination as well as three Golden Globe Award nominations.

Woodard is now married to the mother of his third child.

”Every time I write a song, it’s either about something I am going through, have gone through or somebody really close to me has gone through.”

”Music is supposed to express you, what you’re going through, and your surroundings.”

“It’s okay to sing about the club cause we like to go to the club.”

“My grandmother, who pushed me musically, passed away. When she died, it made me start thinking back, and I was thinking about those memories.”

His released studio albums are:

In 2016, Case was profiled in the TVOne series Unsung that followed his career.

Many of Woodard’s most popular tracks appear on the soundtracks for:

In 2001, Case appeared on rapper Ja Rule’s hit “Livin’ It Up.” Ja Rule is an American hip-hop and rap artist who is best known for releasing the singles “Mesmerize” with Ashanti and “I’m Real” with Jennifer Lopez.

In 2002, Woodard earned nominations for Best Rap/Sung Collaboration (“Livin’ It Up”) and Best Male R&B Vocal Performance (“Missing You”) at the 44th Grammy Awards. Woodard lost both to “Let Me Blow Ya Mind” by Eve and Gwen Stefani and “U Remind Me” by Usher, respectively.

Woodard earned most of his wealth from selling the albums he has released as well as the tickets to his concerts.

For example, his self-titled debut album featured the hit “Touch Me Tease Me,” which sold more than one million copies. In total, the Grammy-nominated singer has released seven albums.

In addition, Case sells t-shirts on his website – www.iam-case.com.

Therefore, American singer Case Woodard has an estimated net worth of $8 million.

READ THIS NEXT: Nivea Net Worth