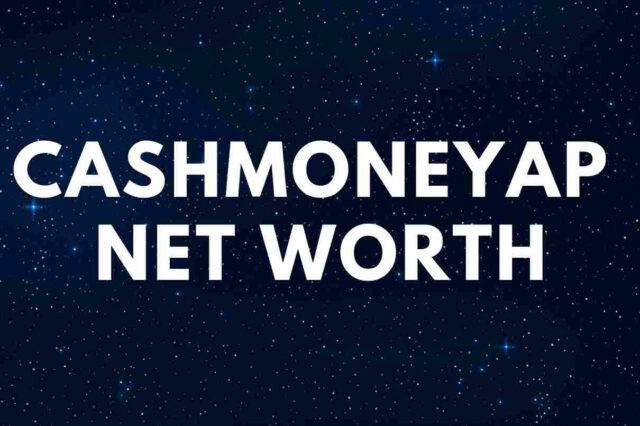 CashMoneyAP is a French songwriter, YouTuber, and record producer, who is best known internationally for what is commonly referred to as type beats on video streaming giant YouTube.

He’s also a major success on BeatStars—the platform where artists can buy and sell beats.

If you only know CashMoneyAP for his popular Young Thug type beats and Travis Scott type beats videos, here’s what else we’ve uncovered about the beat-making sensation.

CashMoneyAP was born on May 19, 1995, in Guadeloupe. CashMoneyAP’s real name is Alex Petit.

As a teenager, he experimented hard with music, learning about different styles and teaching himself how to emulate the biggest trends in music.

One of those trends caught his attention, and in 2011 he posted his first beat to YouTube.

It was a major hit, and over the next 9 years, he amassed a whopping 188 million views on the popular video streaming platform.

With over 700k subscribers on YouTube and 500k followers on Instagram, his type beats have been a major hit with rappers, singers, songwriters, and spoken word artists—as well as for background music in YouTube videos.

CashMoneyAP is one of a new breed of online entrepreneurs hustling hard to reach the next generation of musicians, artists, and performers.

When he started out on YouTube, monetization opportunities were huge.

Now, with low royalty payments threatening the industry, it takes his kind of hustle to survive—and thrive.

With almost ¾ of a million subscribers and over 188 million views, he’s also caught the attention of major industry names like Lil Skies, Migos, and Young Thug.

It’s not some kind of fluke, either.

The marketing genius is in the pudding—or the title, in this case. Each beat is titled with the name of a rapper whose style suits the beat—Young Thug, 21 Savage, Travis Scott, etc. CashMoneyAP essentially gives a shout-out to the rappers he hopes will hear the recording.

It may not be a new concept—but it is a successful one.

The artist effectively just goes online, searches YouTube for some appropriate beats—conveniently titled with their own name, in many cases—buys the beat, and records vocals.

Online production is a lot more cost-effective for beatmakers like CashMoneyAP, too.

As a producer, he can lease a single beat or offer it for sale at a premium price. Such is the beauty of BeatStars: a growing e-commerce platform for beatmakers and producers.

In an interview, CashMoneyAP acknowledged the earning potential of the upcoming platform, stating that he can sell leases to thousands of people every day, thanks to such an extensive library of beats.

He also gets access to contract templates and social media advertising. And all it costs him is a low monthly fee.

Thanks to the online marketplace, even hip hop industry publications like XXL are acknowledging the young West Indies native’s skills.

In 2018 he was named one of the top hip hop producers of the year as a newer beatmaker, going from type-beat purveyor to in-demand producer.

At the start of 2020, he went one step further, starting the subsidiary record label and production company Cash Gang.

CashMoneyAP has an estimated net worth of $3 million.

Looking for a hit beatmaker for your debut track? Check out CashMoneyAP’s track library here.

READ THIS NEXT: Who is Snow Tha Product?