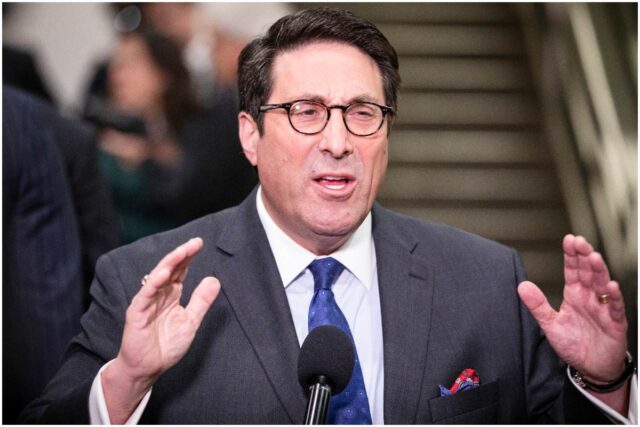 Jay Sekulow is an American lawyer and radio host who serves as the chief counsel of the American Center for Law & Justice (ACLJ). He is also one of the country’s leading Supreme Court litigators.

In 1980, Sekulow earned a doctor of jurisprudence from Mercer Law School. Later, he served as a trial tax attorney for the Internal Revenue Service (IRS).

In 1982, Sekulow opened a law firm in Atlanta, Georgia.

In 1990, he wrote his first book, titled ”From Intimidation to Victory, Creation House.”

In 1992, he became the director of the American Center for Law & Justice. The ACLJ was founded by Pat Robertson in 1990.

In 2005, Sekulow wrote a book called ”Witnessing Their Faith: Religious Influence on Supreme Court Justices and Their Opinions, Rowman & Littlefield.”

For his work in defending human rights and religious freedom, he was honored by the Greek Orthodox Order of St. Andrew the Apostle – Archons of the Ecumenical Patriarchate in 2014.

In 2018, he published another book, titled – ”Jerusalem: A Biblical and Historical Case for the Jewish Capital.”

Sekulow was delegated as a member of the counsel team that represented Donald Trump in the impeachment case in the Senate in January 2020.

”I got married in 1978 on my birthday, June 10,” Sekulow said in an interview. He added: ”I had just completed my first year of law school.”

The couple has two sons, Jordan and Logan.

In 2005, Logan appeared in the Nickelodeon series U-Pick Live, while Jordan is an attorney with the ACL.

”Our enemies, like the Grecian hero, have one vulnerable point.”

”Leadership and training an incoming generation of leaders is a significant portion of what I am tasked to do.”

”It’s important for us to remember the heroes who lost their lives and protect their legacies.”

“We are dependent on God and the resources He provides through the gifts of people who share our vision.” (The Guardian)

”As I read, my suspicion that Jesus might really be the Messiah was confirmed.”

He appeared on major media, including CBS, NBC, ABC, CNN, and Fox News.

Sekulow plays the drums and guitar in the Jay Sekulow Band.

Sekulow earned most of his wealth from serving as the chief counsel of ACLJ and working as a lawyer.

Jay is half-owner of the for-profit corporation Constitutional Litigation and Advocacy Group. He once said: ”As a private lawyer, I could bill $750 an hour, but I don’t.”

He has argued many First Amendment cases before the high court, including:

Sekulow also served in the U.S. Treasury Department in the Office of Chief Counsel for the Internal Revenue Service.

Additionally, Jay is the author of several books, including:

Therefore, American lawyer Jay Sekulow has an estimated net worth of $10 million.

READ THIS NEXT: Who is Michael Seibel?