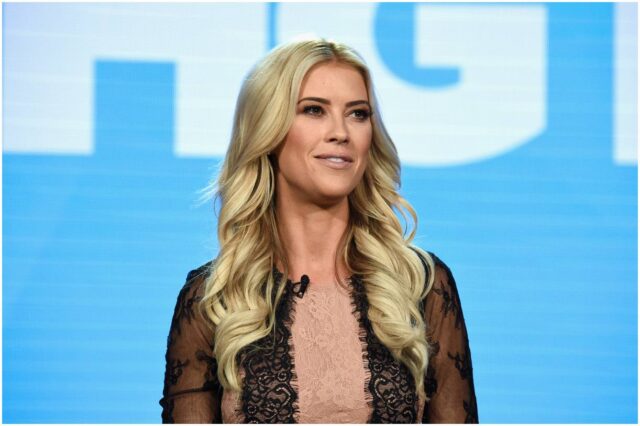 What is Christina Haack’s net worth?

Christina Haack (formerly El Moussa and Anstead) is an American television personality and real estate investor who is best known for co-hosting the HGTV series ”Flip or Flop” as well as for hosting her own HGTV show ”Christina on the Coast.”

She was born on July 9, 1983, in Anaheim, California, USA. Christina has a sister, Carly, who is ten years younger.

After college, she entered the real estate business. She ran the real-estate agency Tarek and Christina: The El Moussa Group in Orange County.

One of the ads states:

Some students claimed that the program is misleading.

According to ABC, one student said:

In June 2018, HGTV announced that Christina would be receiving her own TV series, named – ”Christina on the Coast.” The show premiered in May 2019, and it features Anstead renovating other people’s homes.

In 2017, Tarek filed for divorce citing irreconcilable differences. She said that “being separated was healthier for both of us.”

The divorce was finalized on January 22, 2018. Christina confessed in an interview:

“The tension between me and Tarek was high.”

Anstead went on to say:

“We weren’t able to properly communicate anymore. It got to the point where we weren’t even driving to set together.”

Following their divorce, Christina and Tarek sold their mansion for a price of $2.995 million. The house took about two years to renovate.

“We thought it would take about six months to finish our house, and it actually took two years.”

In February 2017, it was reported that Christina started to date Gary Anderson, a contractor she met during the renovation of his pool. The relationship didn’t last for long.

“Honestly a relationship is the farthest thing from my mind right now. It’s not even on my radar.”

In spring 2017, she dated Nate Thompson for a short time. Nate is a professional ice hockey player for the Montreal Canadiens of the NHL.

In summer 2017, Christina dated Doug Spedding, an auto dealer in the company called ”Orange County.” They broke up after Doug allegedly cheated on her with an ex-girlfriend.

In October 2017, Christina began dating Ant Anstead, an English television presenter who is best known for hosting the show For the Love of Cars.

Christina said it was love at first sight. In her words:

“I felt like I had known him forever, and we’re just super comfortable with each other.”

“We just have a great relationship, he’s amazing. He’s super caring and understanding, and he really motivates me and supports me.”

On December 22, 2018, the pair got married in a secret ceremony at their home in Newport Beach, California. She said:

“We didn’t want all the fuss. Just a quiet wedding without all the drama and paparazzi.”

In September 2020, Christina and Anstead announced their separation.

She is currently engaged with Joshua Hall.

With Ant, she has a son, named Hudson London Anstead (born on September 6, 2019). She announced his birth on Instagram:

“Ant and I are so excited to welcome Hudson London Anstead into the world.”

In a later interview, Anstead said the last pregnancy was the hardest:

“The first trimester was brutal. Maybe it’s my age or maybe I just forgot how bad it was with Tay and Bray, but yikes it really blindsided me.”

“Nausea, exhaustion, too many food aversions, too many carbs.”

She is practicing physical exercise regularly. Christina stated in an interview:

“We have a fast-paced lifestyle, and there is always so much going on but I make working out a priority. I aim for five days per week.”

“Working out is my ‘happy pill.’ It helps relieve all my tension and anxiety and just makes me feel great.”

In January 2020, Anstead confessed that she was diagnosed with PCOS (a hormonal disorder common among women of reproductive age) and Hashimoto’s thyroid disease (a condition in which your immune system attacks the thyroid).

“I have autoimmune conditions and I also have a 4-month-old.”

“So it’s so important that I stay healthy and that my brain stays active that way I’ll be able to be on for all the kids and work.”

Anstead earned most of her wealth from her real estate business, which she started with her former husband, Tarek. They also had a seminary, called Real Estate Elevated.

Therefore, television personality Christina Haack has an estimated net worth of $12 million.

READ THIS NEXT: Who is Amber Portwood’s boyfriend Andrew Glennon?