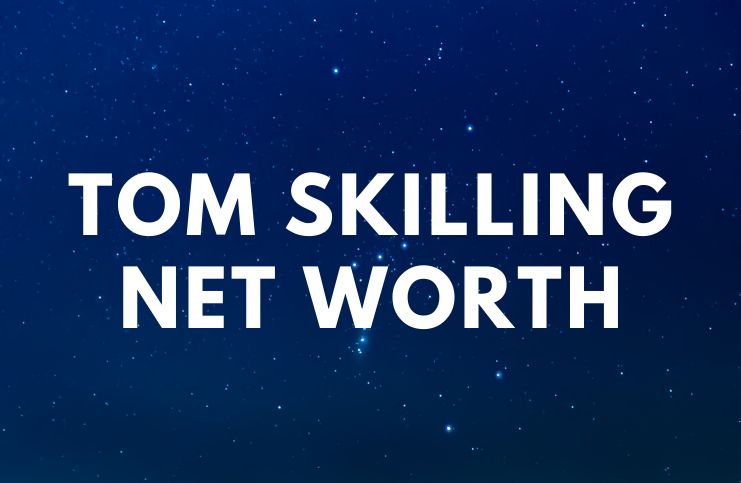 ”As you can tell from watching him on TV, he’s one of these guys with a sunny personality who never has a bad thing to say about anything or anybody.”

Tom went to West Aurora High School, in the Chicago suburb of Aurora.

At age 18, Tom began working at WLXT-TV in Aurora.

During an interview, he said to Chicago Mag about the time he told his parents that he wants to be a meteorologist:

”They said, ‘What about a doctor or a lawyer?’ They couldn’t figure out what in the heck they had done wrong.”

He later attended the University of Wisconsin in Madison to study journalism and meteorology.

In January 1995, he received an Honorary Doctorate of Humanities from Lewis University in Romeoville.

In 1975, Tom had become the lead forecaster at WITI-TV in Milwaukee.

Skilling joined WGN-TV on August 13, 1978. In the present day, Tom is WGN-TV’s chief meteorologist. He is under contract at WGN until 2022.

Tom said about his job in an interview with WBEZ:

”I can’t imagine pursing a career path other than the one I’ve pursued.”

Skilling went on to say:

”The weather’s intrigued me my entire life and there’s not a day that passes that I don’t thank my lucky stars I’ve been able to pursue a career in a field I’ve always found endlessly fascinating.”

He was consulted for The Weather Man, a 2005 American comedy-drama film that grossed more than $19 million worldwide. The film tells the story of a weatherman in the midst of a mid-life crisis.

Some of the stars in the film are – Hope Davis, Michael Caine, and Nicolas Cage. It was written by Steve Conrad and directed by Gore Verbinski.

The Weather Man was set in Tom’s hometown of Chicago at a fictionalized version of WGN-TV.

In 2011, Tom accurately predicted the Groundhog Day blizzard almost 14 days before it paralyzed the Chicago area.

Note – the Groundhog Day was a powerful and historic winter storm that happened between January 31 and February 2, 2011. It was situated around Canada and the United States on Groundhog Day.

”It’ll be a while since we see a storm like that again, we can only hope.”

There is no information regarding Skilling’s romantic life. Consequently, rumors appeared that he may be gay. So far, Tom didn’t deny or confirm.

”There isn’t another side to this story. Climate change is happening and it has profound implications to this country.”

However, Tom was initially skeptical when he first heard of global warming. He said:

”When I used to hear that the Arctic was going to melt and this warming was going to take place I thought: ‘you’re going to have to prove that to me.’”

He discussed the subject of climate change at Lewis University at the start of 2020. He said:

He is a member of the National Weather Association and American Meteorological Society.

His weather broadcasts have the latest technology in computer animation.

His brother, Jeffrey Skilling, is the former president of Enron and was sentenced to 24 years in prison.

”For a weather forecaster to have an unobstructed view of the lake, it’s like a dream come true.”

Tom writes the daily weather column in the Chicago Tribune.

He has a fear of lightning (also known as astraphobia). Tom said about this:

”I am afraid of lightning. It’s not an irrational fear. I’m always amazed at the people who walk outside when the lightning’s hitting cloud to ground.”

Skilling doesn’t recommend eating snow. He explained in an interview:

”It’s not that snow would prove to be immediately toxic, but it is possible that the snow might contain traces of chemicals you really don’t want to eat.”

”This is especially true in and around urban areas. To repeat: Eating snow is not recommended.”

Skilling earned most of his wealth from working as WGN-TV’s chief meteorologist. Skilling’s salary was not released to the public, however, according to reports, Tom is the highest-paid local broadcast meteorologist in the US. He works for WGN-TV since 1978. Therefore, Tom Skilling has an estimated net worth of $15 million.