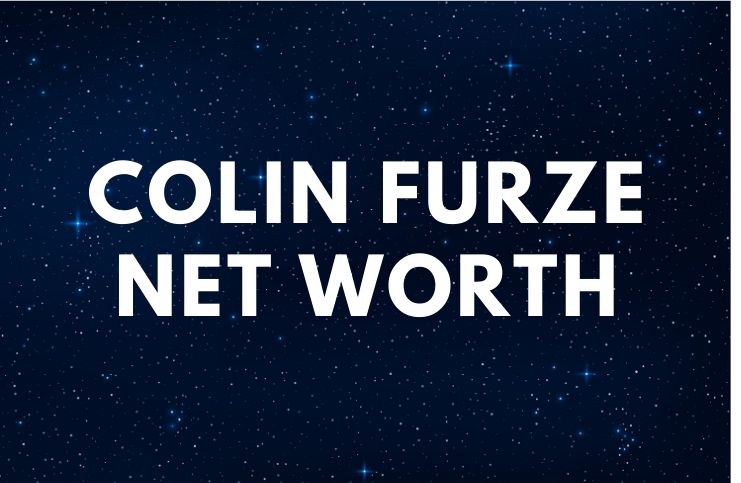 Colin Furze is a filmmaker, inventor, and YouTuber who has set world records for building the world’s fastest stroller (made with turbojet engines) and the world’s longest motorbike.

Other project videos and crazy inventions include – a high voltage ejector bed, X-Men Wolverine fully automatic claws, a bunker, and the jet bicycle.

Furze fell in love with tinkering when he was just a child. He said:

“We used to burn asbestos on the fire to watch it explode.”

”That’s what I loved about my childhood: there was no health and safety. My YouTube channel is all about that.”

At age 16, Colin dropped out of school to become a plumber. Furze began using his engineering and plumbing experience to build his inventions.

Colin first launched his self-titled channel in November of 2006. In the present day, his channel has over 940 million views, and more than 8.4 million subscribers.

”This channel is the home of crazy inventions, brilliant world records and constant disregard to health and safety.”

The most popular video on his channel is titled – ”Homemade Hoverbike.” The video was published on April 28, 2016, and it has over 32 million views.

He has built a hoverbike by strapping a couple of 2-stroke parajet motors and propellors to a metal frame. The final creation is able to lift Colin off the ground.

On May 5, 2014, he posted a video for which he designed a set of realistic Wolverine claws based on a pneumatic system.

In March of 2010, Furze was arrested for his converted scooter that he rigged with a flame thrower.

”A man was arrested on suspicion of possessing an object converted to a firearm on Thursday.”

Speaking before his arrest, Colin said:

”Everybody wants a flame thrower on a motorbike.”

In 2013, he accidentally left the top of a gas bottle untightened and it then ignited when sparks flew out of the back of the engine.

During an interview, Colin confessed:

“It ignited all the gas on the bench, which went up in my face and took all the skins off my arms as well as the skin on the tip of my nose.”

“So I ran down to the kitchen, stark naked, and covered myself in clingfilm – which isn’t easy when you’re dripping wet.”

“Then I drove myself to the hospital.”

In November 2015, as part of a request by Sky1 to promote the series You, Me and the Apocalypse, Furze build an underground bomb shelter beneath his garden.

”An UNDERGROUND BUNKER in the back garden, I have dreamt of this for a while now to go with my superhero mods and crazy inventions.”

The 10ft (3m) deep “apocalyptic bunker” has an entrance shaft that is concealed by a garden shed, a fully functional air filtration system, and multiple rooms, including a kitchen and a games room.

It took him about 60 days to construct the bunker with the help of his son Jake and a friend.

When asked if the bunker will actually survive a nuclear attack, he responded:

”It’s also quite solid and is basically a steel box reinforced with 60 cubic metres of concrete. Then you’ve got soil in there on top of that.”

In a recent interview, Colin said:

”I use it for band practice. It’s marvelous, I would recommend it to everybody.”

The book contains 10 inventions for parents, boys, and girls, to make at home with a basic tool kit.

Colin Furze and his wife have a son named Jake born in 2012.

“When you do something inspired by something like X Men or Batman, there are millions of fans out there who want to see it.”

“I do get compared to jackass quite often, but they were going around hurting themselves on purpose.”

”I’m a plumber by trade but all my welding and machining skills are all self-taught. I’ve just bought tools and tried to use them.”

“I tell sponsors if they want to make a video that doesn’t smell, people should think it’s amazing and know that it’s sponsored, but only just, do you know what I mean?”

”If he is interested in what I’m doing, but I won’t push him into it!”

”The biggest thing I’ve ever undertook was the underground bunker in my back garden.”

For a video, he constructed magnetic shoes, so he could walk upside down.

He said that the device was:

”cheap to make and simple.”

When asked where he gets his ideas, Furze replyed:

”My ideas come from in all sorts of ways, some of them develop from YouTube comments, or they evolve from all sorts of other things.”

He has appeared on the E4 show Virtually Famous. Additionally, Furze has been ”number one” several times on the Science Channel show.

In an attempt to enter the Guinness Book of Records, Colin had modified a mobility scooter to give it the capacity to reach 70 mph in the snow.

Furze earned most of his wealth from popular YouTube videos, stunts, and inventions. So far, his YouTube channel has more than 940 million views, meaning about $1.88 million in revenue.

Moreover, Colin earns some money from sponsors as well as selling merch (a mug) on his website – colinfurze.com/shop.html. Therefore, Colin Furze has an estimated net worth of $2.8 million.