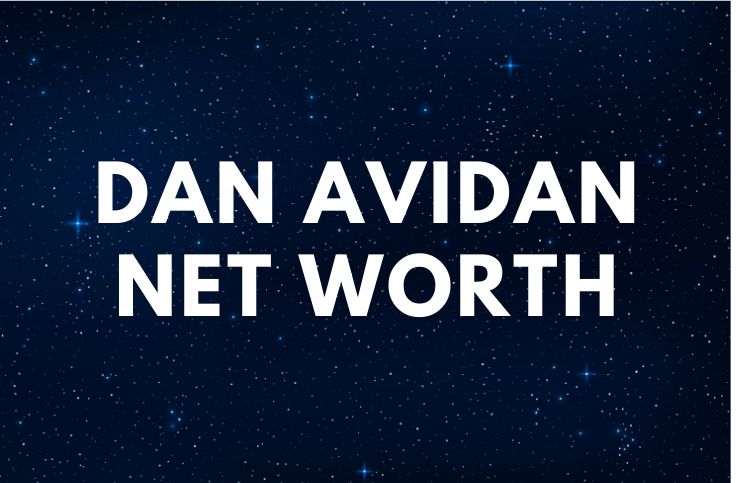 Avidan is also a member of Game Grumps, a Let’s Play web series.

His father, Avigdor Avidan, was born in Israel. Avigdor met his future wife, Debra Schwartz, when he immigrated to the United States.

Dan’s grandfather was a Holocaust survivor during World War II.

He graduated from Jonathan Dayton High School in 1997.

Avidan started his career as a singer in a rock band named The Northern Hues.

The band was created in early 2002 by guitarists Jeff Rains and Aron Brand. In the spring of 2003, The Northern Hues broadened to include drummer Ian Creech and Alex Yaker.

After The Northern Hues, Avidan was part of a duo – ”Skyhill” with Peter Lennox.

In the present day, Avidan is the lead singer of the band, named – ”Ninja Sex Party.” Danny has partnered with Brian, a keyboardist and pianist.

Ninja Sex Party formed in 2009 in NYC and are currently based in LA.

The band has released six albums, including:

During an interview, Brian said about Ninja Sex Party:

“Being in a comedy band has given us more freedom musically than we ever had in our own bands.”

“Ninja Sex Party can be whatever we want it to be.”

The band has appeared in many film festivals, including:

In December 2018, Ninja Sex Party was selected by Billboard as the #1 Comedy Album Artist of the year.

The group has built an audience almost entirely on YouTube, where their videos have been watched more than 240 million times. They also have over 1.27 million subscribers.

In 2019, they will launch a coloring book, named – ”Ninja Sex Party Coloring Book.”

The book will feature 72 pages of all-new illustrations created to reflect the history of the NSP’s career and music to date.

In June 2013, Avidan joined Game Grumps, after Jon Jafari (JonTron) left the show since he moved to New York.

Their YouTube channel has more than 5.5 billion views and over 5.34 million subscribers. The channel currently operates under JETPAK, a network created by American video game commentator on YouTube Adam Montoya.

Up until 2019, Starbomb has released 3 albums, all of which have placed on various Billboard charts.

Danny is the co-host and co-creator of the football-centric podcast, named – ”Balls In Your Ear.” His partner is Josh Sprague.

Dan Avidan is romantically involved with a woman named Ashley Anderson. She is an artist who created the short film “Extinguished.” Ashley was also involved in the production of Hotel Transylvania 3.

”This is my girlfriend Ashley. We’ve been together for a little while now, but I’ve never mentioned her publicly because I don’t want her to get harassed.”

READ MORE: Who is Token?

”It’s hard to have an existential crisis when everything is so pretty.”

“If you present yourself as a good person and just be a good person, you don’t have to be fake and can just be you.”

“It’s hard to do a cover album without including something from Rush and/or Def Leppard.”

”Don’t make fame your goal. Make your goal doing what you do to the best of your ability, and that’s something no one can take away from you.”

”Drama by its nature will blow over and then you have to wait for the next thing to happen and catch their attention again.”

He has stated on multiple occasions that his favorite dinosaur is the Stegosaurus.

Danny is a fan of the New York Giants football team and the San Jose Sharks hockey team.

In September 2017, the band Night Runner released an album – ”Thunderbird,” that featured Dan on the track – “Magnum Bullets.”

He got the scar on his right eyebrow when he fell off a box at age 3.

His all-time favorite movie is The Last Unicorn, a 1982 Japanese-American animated fantasy film.

On August 3, 2015, Danny performed with Steel Panther at their West Hollywood House of Blues venue.

Avidan used to be a heavy pot smoker back in his 20s.

He co-wrote, co-created, and provided voice acting for the short-lived animated comedy miniseries, titled – ”DJs in PJs with Wecht.”

Avidan said that there are only 5 games that he is good at, including:

The very first band which Avidan played with was named Vacuum.

READ MORE: Who is George Watsky?

Avidan earned most of his worth from his music and ads on YouTube.

For instance, Avidan is one half of the musical comedy duo NSP with Brian Wecht. Also, Dan is part of the video game-based comedy music trio Starbomb.

Moreover, Avidan is one half of the Let’s Play team of Game Grumps, along with “Egoraptor.” Furthermore, Danny has a podcast. Therefore, Dan Avidan has an estimated net worth of $5 million.

READ THIS NEXT: Jay Park Net Worth