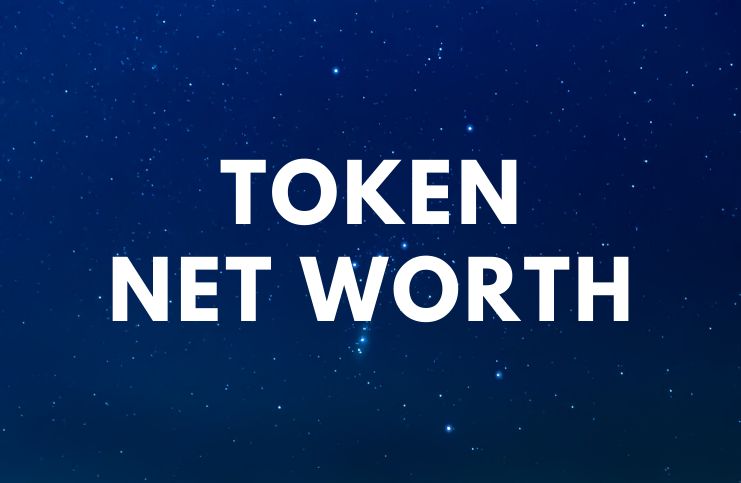 Token (real name – Benjamin David Goldberg) is an American rapper who went viral for his hit music video “No Sucka MC’s,” that has more than 5 million views on YouTube.

During childhood, he had overcomed a language disability with the use of hip hop, poetry, and writing.

In 2017,  Token set out on a major tour of the United States. In addition, his singles “Exception” and “Doozy” began amassing millions of views.

He was born on September 24, 1998, in Boston, Massachusetts, USA. He was introduced to hip-hop music at the age of six by his sister – Madeline.

During an interview, Token explained:

”My sister is five and half years older than me, and she got me into the Pacs, the Ludas, the Ems, the Jays, like super early on, so I was listening to that ever since I could remember, I have been a hip hop fan my whole life.”

From a young age, Ben had a learning disability where healthcare professionals told his parents that he would never be able to properly process long words and language.

Shortly after, Goldberg began writing poetry as a form of self-expression.

He eventually recorded his poems as raps when he was 10 years old. The rapper used GarageBand and rhyming over beats playing from the computer’s speakers.

His MC moniker at the time was his initials, BDG (Benjamin David Goldberg).

He started his YouTube channel (named – ”tokenhiphop”) on August 26, 2012. The channel has over 115 million views and more than 745 subscribers.

The most popular video on his channel is titled – ”Doozy (Official Music Video).” The video was published on February 14, 2017, and it has over 9.6 million views.

The second most popular video is named – ”Code Red (Official Music Video).” The video has more than 8.5 million views, and it was released on May 10, 2018.

On October 20, 2015, as part of a contest for No Suckahs MCs, he released a video on his YouTube channel, named – ”No Sucka Mcs Contest.”

After writing the songs in a day, Token decided to make a YouTube video for the contest using the song he had written. The video is Ben walking through the Marblehead neighborhood, while rapping at the camera. The next day, the YouTube video quickly garnered up to 115,000 views.

After three days, the video reached 500,000 views. Within several months, the video crossed one million. Currently, it has over 5 million views.

Following the success of No Sucka Mcs Contest, he was invited to perform on hip-hop DJ Sway Calloway’s Sway in the Morning SiriusXM show.

After the release of the album, Token appeared at the Chorus Festival with stars like the Pharcyde and Robert Glasper. Furthermore, he went on a tour in France.

“I learned a lot about myself through music, especially when things change.”

”There are specific songs like “Happiness” that I want everyone to hear. I want the kids to hear it, I want the parents to hear.”

”I wanna just grow as a musician and an artist. I don’t think I’m where I’m at because I can put raps together.”

“The first rap I ever wrote was about me feeling like I can’t relate to anyone and me being different.”

”Craziest part for me about going to these other countries is I never REALLY know how the reaction is gonna be.”

”I go crazy so quick yall have no idea.”

”Ever since I was young I was really prolific with it because it became something that I relied on rather than I just did as a hobby.”

“The first times I was writing, I wrote about feeling different, feeling like I was in my own section.”

During an interview, Ben confessed:

“One day I’m in school and my phone rings. I let it go to voicemail and forgot about it. A week later, I check it and it’s Mark Wahlberg.”

“I’m like ‘I ruined that’ because it’s a week later. He’s probably like ‘Who’s this Token kid who thinks he’s too busy for me?’”

In 2016, Mark Wahlberg even gave him his first acting opportunity in Patriots Day, an American crime drama film, that was written by Joshua Zetumer and Matt Cook, and directed by Peter Berg.

His stage name (Token) is more of a nod to a general sense of otherness. Goldberg further explained:

“The whole idea of Token is being ‘the only’ – it’s about feeling different.”

Reportedly, he turned down meeting Eminem.

”Once I’m give an opportunity like that to be in front of someone that stature, that legendary, I wanted to be undeniable what I’m bringing to the table.”

Together with Colin Mitchell (another local rapper who is a year older than him), he collaborated on some single which later got heard by Glasshouse Productions’ Jon Glass.

When he was young, Ben went from therapist to therapist and was eventually diagnosed with anxiety and depression.

When asked about his early influences, Goldberg responded:

“The first thing I grew up listening to is 2Pac, he’s my number one. Ludacris and Eminem were my favorites too.”

Ben earned most of his wealth from his music (selling tickets to his concerts and selling his albums and singles).

In addition, he has a YouTube channel with more than 115 million views (meaning about $230,000 in revenue). He also sells t-shirts, hoods, and hats on his website – tokenhiphop.com. Therefore, Token has an estimated net worth of $1.4 million.