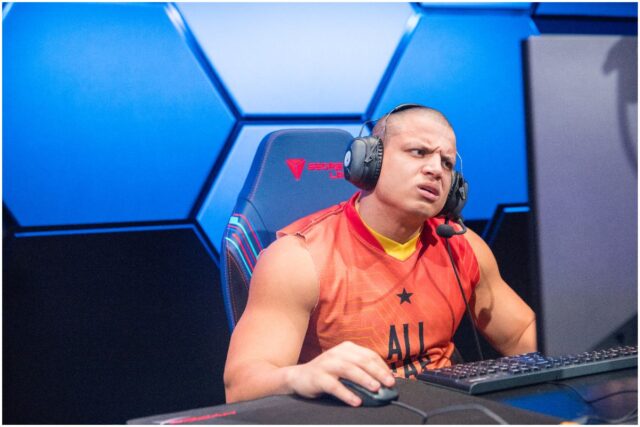 His brother, Eric, streams on Twitch under the alias ”erobb221.”

On April 30, 2016, Tyler was ID banned indefinitely by Riot Games (the company behind League of Legends) due to verbal abuse and for his consistent toxic behavior on stream. Note – ID ban results in any account a player creates getting banned immediately.

”Because of a well-documented history of account bans for verbal abuse, intentional feeding, as well as account sharing/purchasing, evasion of sportsmanship systems, and player harassment, we will not allow Tyler1 to hold a League of Legends account, indefinitely,” Riot Socrates wrote in an official statement. He added: ”Any account definitively used by him will be banned immediately upon identification.”

At one point, Steinkamp declared himself LoL’s ”most toxic player.”

”AFTER 613 DAYS OF INTENSE REHAB I AM FINALLY UNBANNED FROM LEAGUE OF LEGENDS,” Tyler tweeted.

In November 2018, Steinkamp hosted his League of Legends tournament for the second time. It had a prize pool of $50,000. ”Thank you everyone who was apart of this including the community casters, behind the scenes guys, and all the players,” Steinkamp wrote on Twitter.

In the same month, he was voted as the runner-up for “Streamer of the Year” at the Esports Awards.

In March 2019, Steinkamp lost a $10,000 bet to Yassuo. They made a bet to see who could climb the highest in LoL starting with an unranked account.

”We are going official, huge stadium next TCS – we’re flying everybody in, it’s going to be fucking huge,” Tyler hinted about The Tyler1 Championship Series 2020.

In October 2020, Steinkamp inked a deal with South Korean esports team T1 as a content creator.

He has a good relation with Faker, who is also part of T1. ”Whenever I see him he greets me with the brightest smile,” Faker said about Tyler. ”I have a very positive impression of him.”

READ MORE: Who is NICKMERCS wife?

In February 2017, Tyler1 started to date Macaiyla. The two first met at TwitchCon 2016.

Steinkamp earns most of his wealth from advertisements on YouTube and streaming on Twitch.

On YouTube, Tyler has over 476 million views, meaning about $1.5 million in revenue before taxes.

On Twitch, Steinkamp has more than 282 million views. On the platform, Tyler also receives donations from fans.

Despite his popularity, Tyler doesn’t have any sponsors on Twitch. Steinkamp explained during a stream: ”I wouldn’t be able to say that [an insult] if I had a sponsor, bro f##k that.”

Therefore, Twitch streamer Tyler1 has an estimated net worth of $2 million.

READ THIS NEXT: Who is Bugha?