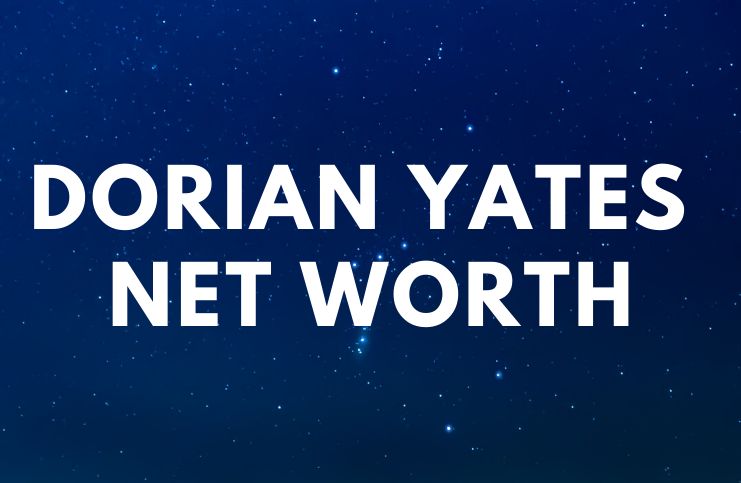 During his career, Dorian mostly stayed out of the public eye before showing up at competitions.

Since retiring after his final Mr.Olympia win (1997), Yates has expanded his ownership of Temple Gym and started supplement nutrition companies.

His father died of a heart attack when he was 13 years old.

In 1981, he and some friends were caught damaging a tailor’s shop. Dorian was arrested and sentenced to three months in a youth detention center. Yates first started to train during his detention time.

His professional record consists of two second-place finishes, and 15 major contest wins. From 1992 to his retirement in 1997, Dorian won every single contest he entered.

In 1997, after he won his last Mr. Olympia, Dorian was forced to retire due to a number of injuries (including torn triceps and biceps), which he had suffered in the build-up to the competition.

In 1993, Yates released an autobiography, titled – ” Dorian Yates: From The Shadow.” The story is told from the voice of co-author, Kaspa Hazlewood.

In 1998, he was a co-author of a book called – “A Warrior’s Story.” The book details how he became one of the most outstanding bodybuilders.

Dorian Yates is married to Glauce “Gal” Ferreira. The two first met at the 2008 Arnold Classic.

Note – Glauce Ferreira is a professional bodybuilder who won the World Championship in 2007. Glauce has more than 326,000 followers on her gal_yates Instagram account. She trains in the gym every day of the week, never taking a day off.

Yates has a son named Lewis, who is also a bodybuilder.

”During weight cutting your mind plays tricks on you.”

”When you train intense/heavy, it gives the muscles a look of power n density that can’t be achieved by pumping and volume.”

”Complex carbohydrates are always best, except, again, after a workout where you could take simple (sugar) carbohydrates to get an insulin spike.”

”Don’t dwell on your past mistakes, nor judge others for theirs.”

”I got this energy that was almost like violence. But it was controlled aggression, it was inside, like a fire.”

”Shoulder width is an absolute requirement for displaying the V taper that will make or break your physique.”

”You’re only as good as the people you’re competing against.”

”At the end of the day, it’s not a weight contest, it’s a visual contest.”

”Pushing yourself daily in order to grow, despite all discomfort and pain, is the champion’s way.”

”Each workout is like a brick in a building, and every time you go in there and do a half-ass workout, you’re not laying a brick down.”

”If those guys with better genes trained as hard and intense as me, I wouldn`t stand a chance!”

In the 1990s, Dorian met Mike Tyson as Gold’s Gym in Las Vegas. Dorian said about the meeting:

When asked about what is most important for gaining muscle, he responded:

”First of all, get an eating and training schedule, but the absolute most important thing is consistency.”

Yates earned the nickname “The Shadow” as he would unexpectedly appear at major bodybuilding contests and win.

At the time of his retirement, Yates trailed only Arnold Schwarzenegger, Lee Haney, and Ronnie Coleman, in all-time Mr. Olympia wins.

His style of training is known as “High-Intensity Training.” HIT is a form of resistance or strength training that specifically focuses on safety, efficiency, and effectiveness. Regarding training, Dorian also stresses that cardio should not be done immediately after a workout.

He once said about the training:

”Bodybuilding is not an endurance sport.”

”Stimulate growth with intensity, load, and isolation. Then go home to grow.”

Yates earned most of his wealth from being a professional bodybuilder. From 1992 to 1997, Dorian won the Mr. Olympia title six consecutive times.

After he retired, Yates created a nutrition company, selling weight gain and protein supplements. In 2011, Yates founded a company named – ”DY Nutrition,” which has released several training DVDs and specializes in pre-workout supplements.

In 2015, Dorian produced the documentary named – ”All I Know is Pain.” Additionally, he has opened a franchise of gyms that has branches in both England and the United States. Also, he has a YouTube channel with over 30,000 subscribers and an Instagram account with more than 1.1 million followers. Therefore, bodybuilder Dorian Yates has an estimated net worth of $5 million.