Travis Browne (nickname – Hapa) is an American mixed martial artist who signed with the Ultimate Fighting Championship (UFC) in 2010.

His father passed away when he was ten years old.

At age 26, he started Brazilian jiu-jitsu, a self-defense system that prides itself on being known as the “gentle art.”

In addition to Brazilian jiu-jitsu, Travis started to train in boxing.

In March 2010, Travis signed with the Ultimate Fighting Championship, the largest MMA promotion company in the world.

Travis made his debut against English mixed martial artist James McSweeney. He won the fight via TKO at 4:32 of the 1st round.

He faced Dutch mixed martial artist Stefan Struve on May 28, 2011, at UFC 130. Browne won the fight via superman punch KO in the 1st round.

On April 13, 2013, Travis knocked out Gabriel Gonzaga (a Brazilian Jiu-Jitsu Black Belt fighter who earned UFC Knockout of the Year honors in 2007) with elbow strikes – making his 2nd Ultimate Fighting Championship Knockout of the Night honor.

On August 17, 2013, Travis faced Alistair Overeem, a Dutch mixed martial artist who holds world titles in both K-1 kickboxing and MMA at the same time. Browne won via knockout. 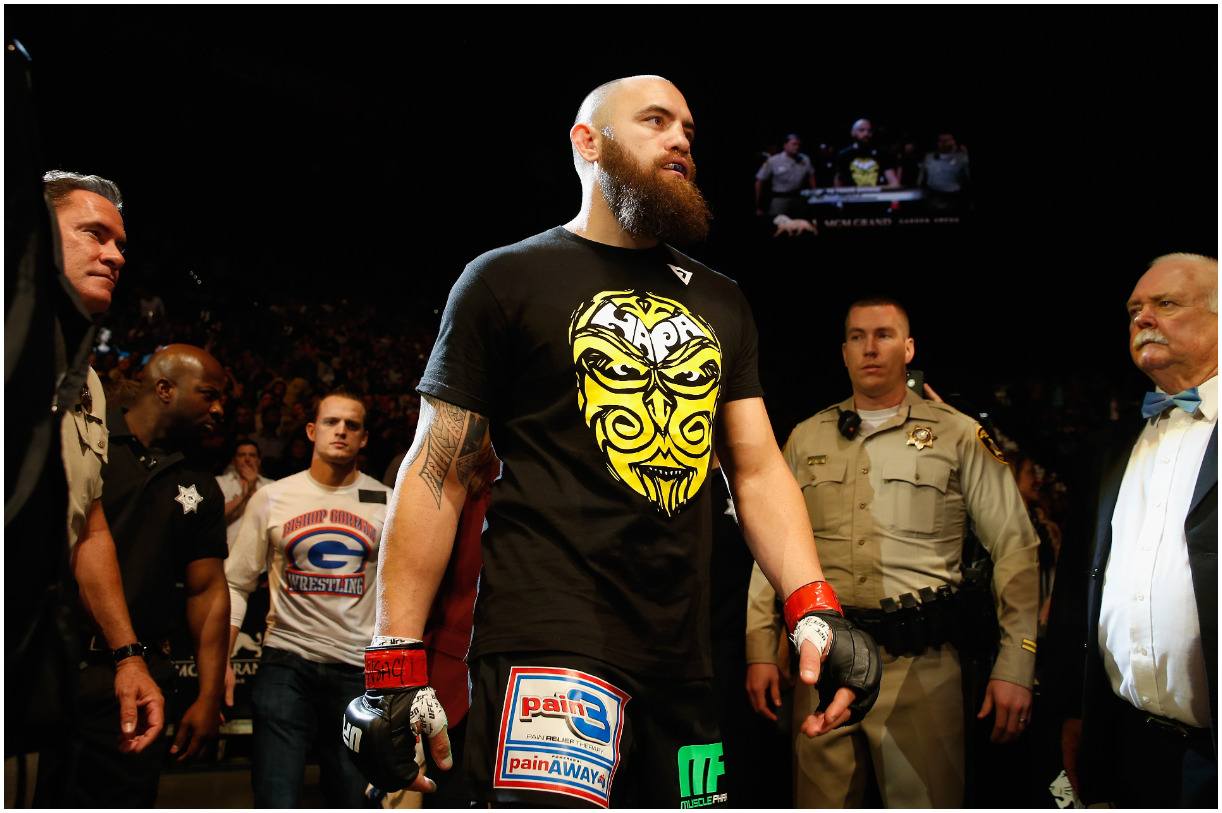 On January 17, 2016, Travis won a fight against Matt Mitrione in the third round.

On July 8, 2017, he faced Alexey Oleynik, a Ukrainian-born Russian mixed martial artist, who is the only fighter to win a UFC fight via Ezekiel choke (“sleeve wheel constriction”). Browne lost the fight via submission in the 2nd round.

It was his last fight to date.

In January 2015, Travis Browne married Jenna Renee Webb, a fitness and swimwear model from San Diego. As a model, Webb has graced the pages of many magazines, including – Muscle & Fitness, Sports Illustrated, Shape, and Maxim.

In July 2015, Jenna accused Travis of physical abuse. Additionally, she has posted photos on social media of the injuries she allegedly received from the mixed martial artist.

Travis has stated that he never touched his wife. In his own words:

“Have I ever gotten physical towards her? No, absolutely not.”

On August 28, 2015, the Ultimate Fighting Championship reinstated Travis when their investigation found “inconclusive evidence” in the domestic violence inquiry.

Webb never pressed charges against the fighter, saying that she did not want to have his children taken away from him or negatively affect his UFC career.

“Honestly, I feel a little betrayed. If those are your reasons for lying, but then you don’t press charges, you don’t try to do things the right way.” 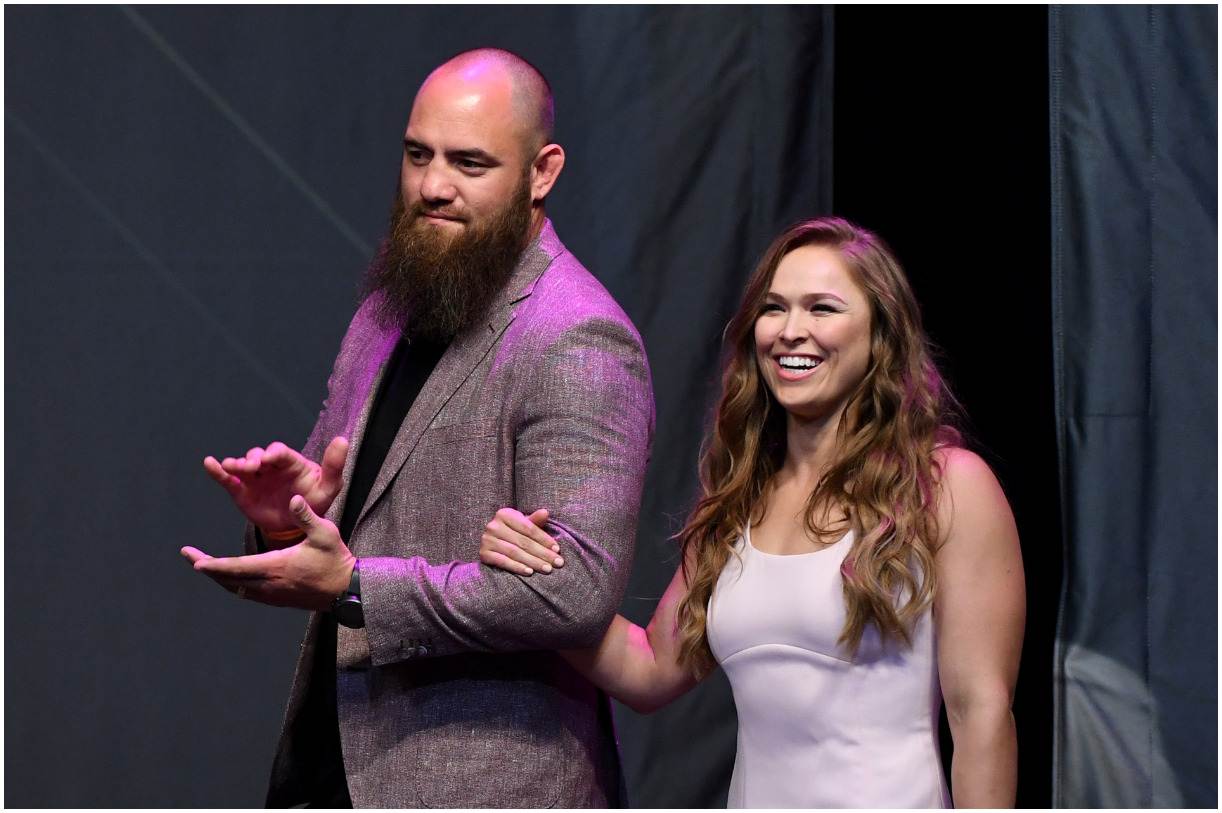 At that time, he was still married to Webb.

During an interview, Travis said:

“I don’t talk about my personal life much. That’s why it’s called ‘personal life.’ It’s true that Travis and I are in a relationship.”

In April 2017,  during a vacation in New Zealand, he proposed to Ronda.

Note – Ronda Rousey is a mixed martial artist who started her MMA career with 12 straight wins. Her mother, AnnMaria De Mars, was a Judo artist.

He has two children, Keawe and Kaleo, with a woman named Erin.

With Rousey, Travis has a daughter named La’akea Makalapuaokalanipō Browne (b. on September 27, 2021). 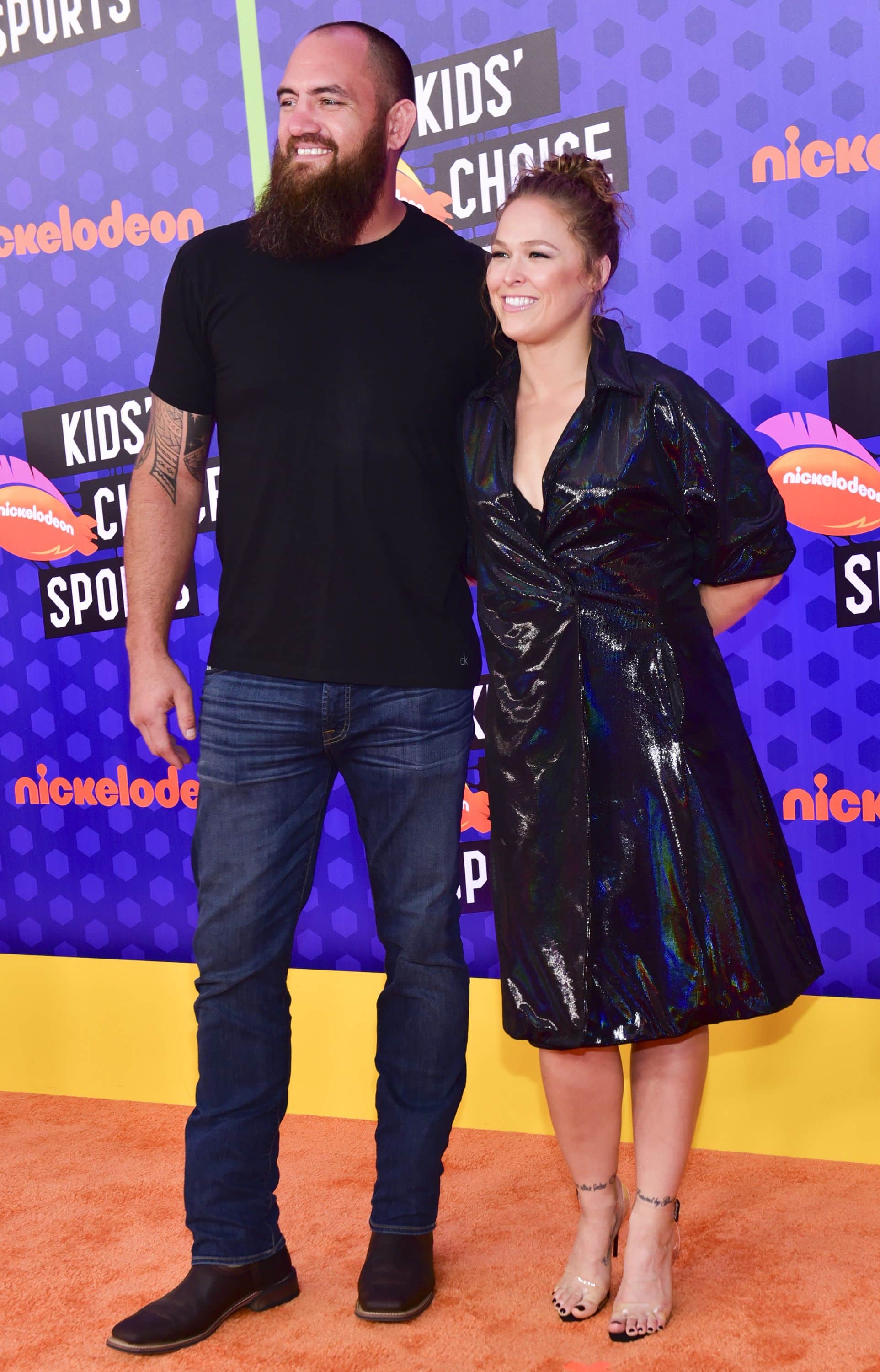 ”Once I stopped with the excuses, my life has changed.”

”Outside the ring, I work hard when I train, and I spend as much time as I can with my family when I’m not training.”

”If I want to win a title, I have to beat the champion myself, I don’t have teammates inside the ring.”

”You can’t deny somebody that just digs down as deep as they can.”

”You have to be willing to work harder and sacrifice more than most to become one of the top fighters.”

”We all have trials and tribulations, and that shows who we are as a person.”

His nickname, Hapa, is a Hawaiian term indicating an individual who is mixed blood.

In 2009, Travis began his professional career, fighting in smaller organizations such as:

Browne earned most of his wealth from fighting, especially in the UFC.

Alongside John Fosco, Browne has a podcast named Tough Business.

Therefore, Travis Browne has an estimated net worth of $1.5 million.

READ THIS NEXT: Gary Danielson Net Worth