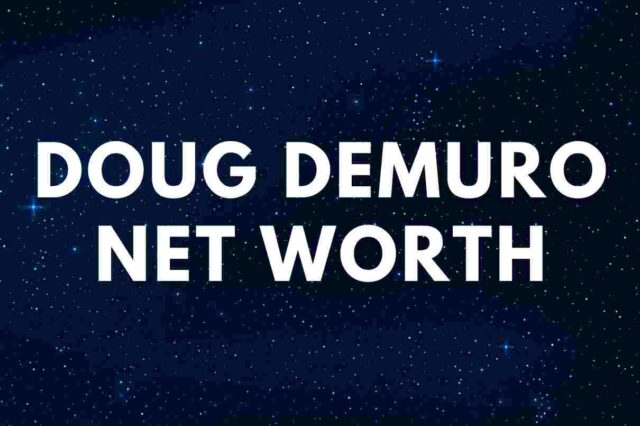 Doug DeMuro is one of the most popular automotive YouTubers. At the time of writing, DeMuro has more than 3.87 million subscribers on his YouTube channel.

After he finished high school, Doug moved to Georgia and attended Emory University.

At age 21, he started to work for the Porsche North American Headquarters in Atlanta as a Vehicle Allocation Manager.

”I was responsible for allocating all the cars to all the dealers across the country, including Carousel,” he said.

In January 2013, Doug left his job at Porsche and started writing automotive articles for Autotrader. At some point, DeMuro became the editor of an Autotrader blog called Oversteer.

In July 2013, DeMuro released his first book, titled – ”Plays With Cars.” In the book, Doug details many interesting experiences, like a road trip across the US in a Lotus Elise without air conditioning or buying an old Land Rover sight unseen.

”When I was at Emory, YouTube was just sort of in its infancy, and I never, at any point, ever, once, considered that this would be something that I would do as a job,” he told EmoryWheel.

In 2019, he complained that car companies don’t take YouTube car reviews seriously. ”I average 1.1 million video views in a week, which is by far the most per video average of any car YouTuber,” he explained in a video. ”So, isn’t it in the best interest of General Motors to get me a car so it can get a lot of exposure?”

In June 2016, Doug published the book ”Bumper to Bumper.”

In August 2018, he started his second channel, ”More Doug DeMuro.”

His website does not accept cars built earlier than 1980. It asks for a 4.5 percent commission fee, which is capped at $4500.

They met when Doug was a Resident Advisor at Dobbs Hall.

In 2019, he bought a house in the Mission Hills neighborhood for $1.7 million from color expert and tetrachromat artist Concetta Antico.

”Some guys wash their cars, some guys drive their cars. That’s an old saying among automotive enthusiasts.”

”I cannot tell the difference between 2.8 seconds and 3.0 seconds from 0 to 60 mph. I just know it’s massively fast.”

”I wish I had $100 for every time someone told me their rare car was going to shoot up in value.”

DeMuro earned most of his wealth from ads on YouTube, working for Porsche North American Headquarters in Atlanta, writing automotive articles for AutoTrader, and managing his online auction website Cars & Bids.

On YouTube, Doug has over 1.2 billion views, meaning about $3 million in revenue before taxes. DeMuro also makes money from selling copies of his books – From My Perspective, Plays With Cars, and Bumper to Bumper. Therefore, former Porsche manager and automotive reviewer Doug DeMuro has an estimated net worth of $2.5 million.