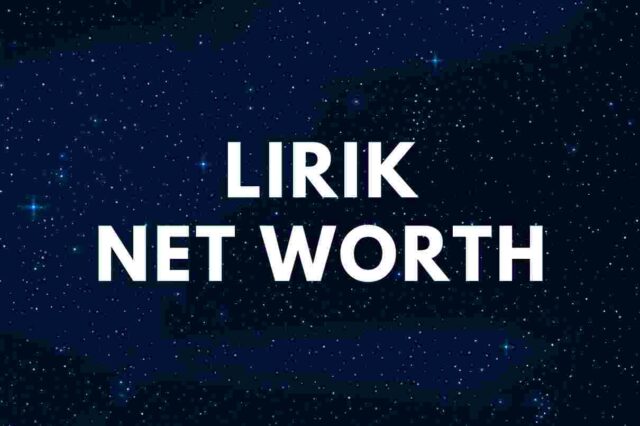 Lirik (real name – Saqib Zahid) is an American streamer on Twitch who plays a variety of games, including DayZ, Phantasy Star Online, Cyberpunk 2077, Quantum League, Among Us, Sea of Thieves, God of War, PlayerUnknown’s Battlegrounds, and Call of Duty: Modern Warfare.

He has a brother (dasMEHDI) who also streams.

In 2001, Lirik began streaming on Twitch.

”I was an avid Twitch viewer and was introduced to the culture by many broadcasters already making a living off of streaming,” Saqib told Audio-Technica in 2016. He added: ”I told myself, hey…maybe I could do this too! So, I took the plunge, and luckily, it all worked out.”

”Yes, there are bugs.. but they don’t take away from the goods and the main aspects of the game. Looking forward to continuing,” Saqib said about Cyberpunk 2077.

In early 2018, Zahid announced that he is taking a break from streaming on Twitch. ”I just have a burnout phase,” he said. ”I have to change my life and routine.”

In December 2018, streamer Summit1g blasted Zahid for “selling out” on Twitch with the upcoming release of survival MMO video game ”Atlas.”

”I just think this is one you can skip,” Summit1g stated. ”Why are you making it so blatantly obvious that you’re just trying to feed for viewers.”

”Have you never been a part of a game launch on Twitch,” replied Zahid. ”There’s more hype around getting into the server than there is actually playing the game.”

”I wanted to apologize for the way I acted today, I was being an ass for no reason. Was uncalled for,” tweeted Summit1g later. ”No excuses.”

In December 2019, Lirik, alongside TimTheTatman and DrLupo, inked a multi-year deal with Twitch.

”They’ve achieved a lot to date, and we’re thrilled to be able to partner with and invest in them so they can continue to build on that success in the future,” Mike Aragon, Twitch’s senior VP of content and partnerships, said in a statement.

He later deleted the VOD.

”During the latest Lirik & Chill there was a video shown that should have not been shown on stream. It must have slipped through mod approve/deny,” Saqib tweeted. ”Everything is resolved now. Thank you Twitch for working so fast.”

There is not much information about Lirik’s girlfriend with the exception of a photo he posted on Instagram in November 2020.

During a stream, Lirik confessed that he does not use a webcam since he is “brown.”

”You know, one of the reasons why I never used the cam to begin with, and if I did, probably because I was—I am brown,” Zahid said. He went on to say: ”I don’t think I would be as popular as I was.”

He also said that he did not want to be perceived a certain way online due to his color.

”Being without a cam kinda did help out because people don’t then just have preconceived notions or whatever,” he explained.

Zahid earned most of his wealth from streaming on Twitch, selling merch, ads on YouTube, and sponsors.

Zahid is sponsored by G Fuel.

No financial details were released after he signed an exclusive deal with Twitch.

On YouTube, Zahid has over 40 million views, meaning about $120k in revenue before taxes.

Therefore, Twitch streamer Lirik has an estimated net worth of $5 million.

READ THIS NEXT: Who is Ann Coulter?