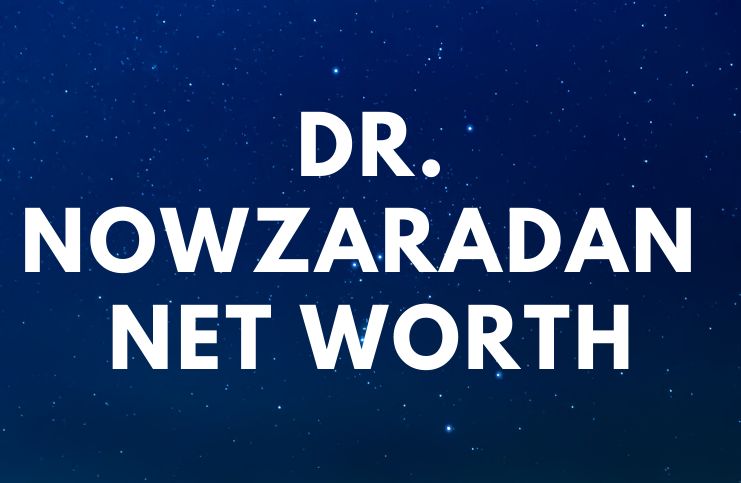 He appeared on the reality television series My 600-lb Life. Also, Dr. Nowzaradan is affiliated with St. Joseph Medical Center-Houston. The doctor is described as:

“one of the pioneers of the minimally invasive laparoscopic technique.”

Younan graduated from the University of Tehran in Iran, one of the most prestigious universities in the Middle East, in 1970.

He has been in practice for over 4 decades.

He is specialized in the field of:

He is known for not rejecting high-risk clients. In addition, Younan began by focusing on eating habits.

It is a reality television series during which obese adults begin the episode weighing at least 270 kilograms (600 pounds). Each episode follows a year in the life of morbidly obese people. The series has aired on the TLC television network since 2012.

On My 600-lb Life, Dr. Nowzaradan helps obese individuals to lose their weight through exercise plans, diet, and surgery.

During an interview, he said about the show:

“I never let the camera change my behavior toward any patient.”

Younan went on to say:

“I do exactly the same thing if the camera is there or not.”

Dr. Nowzaradan is credited with 110 episodes and the show is ongoing.

Six patients have died since appearing on My 600-lb Life. They are:

In 2012, Younan was sued for malpractice (occurs when a health care professional or a hospital, through omission or a negligent act, causes some type of injury to a patient) by a former patient who is claiming that Dr. Now had left tubing inside her during her surgery.

Colleen Shepherd had filed a case against Dr. Nowzaradan over the death of her daughter who died due to complications from blood poisoning and liver failure.

It is said that the divorce was caused by Younan’s profession which strained their marriage to an end.

Younan and Delores have three children together. His son Jonathan is the producer of My 600-lb Life.

Most of his patients are on a diet that consists of 800 to 1200 calories per day.

A typical day is as follows:

In 2018, a former patient shared a list of foods Dr. Nowzaradan told him to avoid before the surgery.

“Even during those times, my job is to find a way to work with them to get their weight to a healthy place.”

“Now that you’ve had the surgery, the physical drive to eat is gone. So you have to deal with what is driving you to eat. That’s the hard part and you don’t want to do it.”

”People come looking for a single solution to their problem, and sometimes the answer is not what they want to hear.”

“It’s a daily challenge to work with some patients that can be self-destructive.”

Dr. Now has a medical membership to a variety of organizations including:

Younan has appeared on installments of Body Shock, including the episodes Half Ton Mum, Half Ton Teen, and Half Ton Dad.

Dr. Now is one of the most famous vascular and bypass surgeons in the United States. He earns most of his wealth from working at the St. Joseph Medical Center-Houston. It is reported that his annual salary is more than $255,000.

Moreover, Younan earns some money from appearing on the TV series – My 600 lb Life. So far, he has appeared in 110 episodes. In addition, he has his own website – drnowmd.com. Therefore, Dr. Nowzaradan has an estimated net worth of $5.2 million.