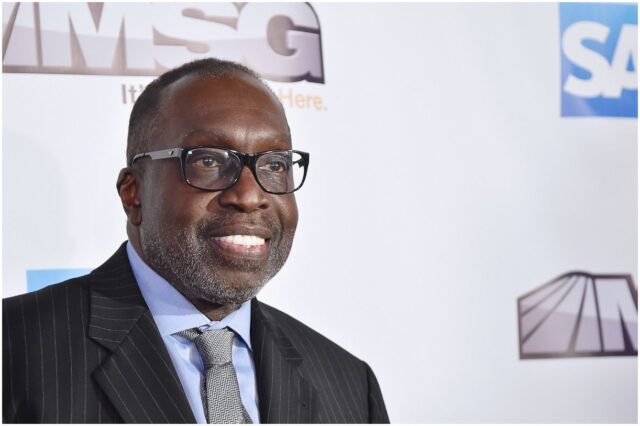 Earl Monroe, also known as “Earl the Pearl” and “Black Jesus,” is an American former professional basketball player who played for the New York Knicks and Baltimore Bullets, helping the Knicks win an NBA Championship in 1973.

Spectators were amazed not only by the number of points that “Black Jesus” scored but also by how he scored them.

“I don’t know what I’m going to do with the ball, and if I don’t know, I’m quite sure the guy guarding me doesn’t know either.”

Monroe played center during most of his youth.

”I was about 19 when I started playing in college. I wasn’t ready to play in the pros at that time.”

Earl went on to say:

”I wasn’t even starting on my college team.”

In 1967, he was named NCAA College Division Player of the Year. Overall, in his 4 years and 110 games at Winston-Salem State University, Earl averaged 26.7 points, with 2,395 total points.

He said about his time at Winston-Salem State University:

”Winston-Salem was a teachers college.”

”We had 16 women for every man there, you know so it was a great college to go to. It taught me the importance of friendship.”

In 1967, Monroe was selected second overall by the Baltimore Bullets in the NBA Draft.

After averaging 24.3 points to finish fourth in the league in scoring, Earl was named NBA Rookie of the Year.

At his new team, Monroe and American former basketball player Walt Frazier formed what was known as the “Rolls Royce Backcourt.”

In 1990, he was added to the Naismith Memorial Basketball Hall of Fame.

In 2005, the Baltimore Pearls, an American Basketball Association team, was named in honor of Monroe.

In 2006, he was inducted into the College Basketball Hall of Fame.

In 2013, he was inducted into the International Sports Hall of Fame.

In recent years, Monroe has been serving as commissioner of the New Jersey Urban Development Corporation and as a commentator for Madison Square Garden.

The couple has a son together.

The book details Earl’s life from his upbringing in a South Philadelphia neighborhood through championship glory with the New York Knicks and amazing years with the Baltimore Bullets.

”When people ask me what I miss most about the game, it’s being in the locker room and getting to know the guys.”

”I’m not a self-made player, but the things that worked certainly came from playing in the playgrounds.”

“The NBA has undergone tremendous change since I played.”

”Last year and especially this year, I think the people in New York have reason to celebrate and be hopeful.”

”I hope they will remember me as a person who could play the game and excite the fans and excite himself.”

“When people think of me, they identify me with the Baltimore Bullets and then the Knicks.”

”Don’t be the famous athlete who talks like a kid who’s been dropped on his head.”

“I immediately ranked him with Willie Mays and Sugar Ray Robinson as athletes who went beyond the level of sports and sport to the realm of sports as art.”

“One thing is certain: I don’t forget a lot of things and I’m very vindictive, which some say is a trait of Scorpios.”

Monroe’s credited with being the king of the “shake-and-bake” move that helped give him the iconic nickname “Black Jesus.”

Along with his former Knicks teammate Walt “Clyde” Frazier, Earl served as a spokesman for the American Heart Association.

He had 47 surgeries. During an interview, Earl said:

“I had my knees done. I had seven on those. I had my neck fused. My back and most recent has been my hip [again].”

“I’m trying to recover from all these things and trying to live a normal life.”

Monroe earned most of his wealth from working as a professional basketball player. Earl was a key leader on Baltimore Bullets and the New York Knicks.

Earl is considered one of the top five greatest Knicks players of all time and was also a four-time NBA All-Star.

Additionally, he had an endorsement deal with Jordache for a signature line of basketball sneakers that had his nickname “Pearl” near the heel. Furthermore, Monroe published a book titled – ”Earl The Pearl.”

Therefore, Earl Monroe, a.k.a. Black Jesus, has an estimated net worth of $9 million.