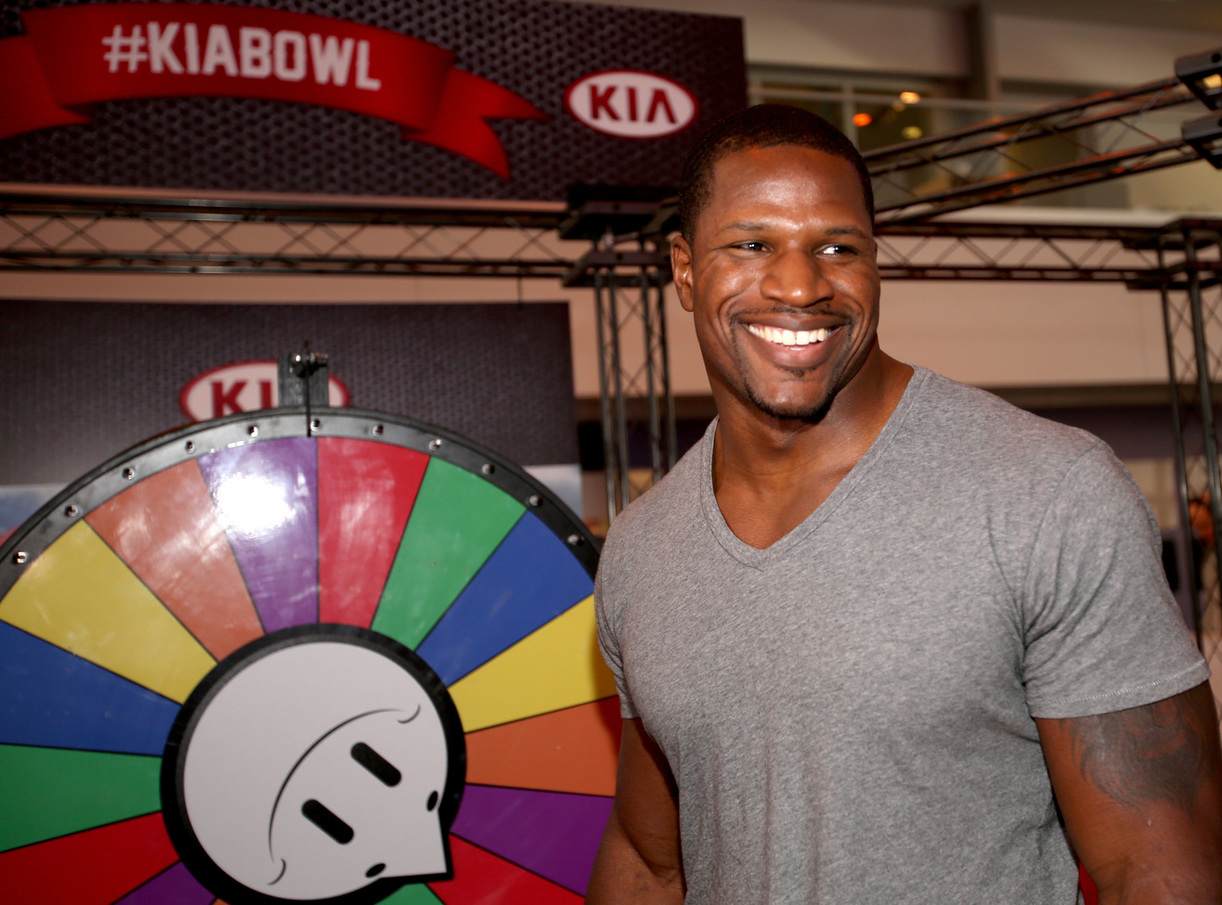 Wimbley also joined the Tennessee Titans in 2012. He also played for the Cleveland Browns and Oakland Raiders.

“When I was a kid coming up, I really only thought about football. That was my passion.”

In 2002, he was ranked 58th overall among football prospects of his class. In addition, Kamerion was considered a 4-star recruit by Rivals.com, a network of websites that focus mainly on college basketball and football recruiting in the US.

In the same year, Wimbley signed a 4-year deal with the Cleveland Browns (a professional American football team which is based in Cleveland and competes in the National Football League) that included $9.3 million in guaranteed money and $23.7 million total.

During his rookie season, Kamerion led the team and all AFC rookies with 11 sacks, to go along with 1 fumble recovery, 62 tackles, and 1 forced fumble.

In 2010, he was traded to the Oakland Raiders. During his first season, he started all 16 games with the Raiders.

On March 20, 2012, Kamerion signed with the Tennessee Titans. At his new team, Wimbley made the switch to defensive end in the Titans’ 4-3 defense. During his first season, Kamerion appeared in all 16 games, recording six sacks and 30 tackles.

In 2013, Wimbley competed in a Super Bowl-themed cook-off on the Rachael Ray Show. Rachael Ray an American television personality who earned Daytime Emmy Awards for her shows 30 Minute Meals and Rachael Ray. Ray also gained attention for her shows on the ABC and Food Network.

On May 7, 2015, Kamerion announced his retirement from The National Football League. He played for 9 seasons in the NFL.

During an interview, Wimbley declared:

“It was very important for me to leave the NFL on my own terms.”

Kamerion Wimbley got married to Monicha in 2005.

The couple has two daughters – Meghan and Malia.

“I never really count my calories. I know I should, but I think it’s more important to eat a balanced meal.”

”The NFL has done a great job in giving players information on how to go to a second career after football and how to invest their money.”

”Olympic lifting is probably the workout I rely on the most to help me with the position.”

”I spend a lot of my downtime studying different businesses and learning from a lot of entrepreneurs when I’m not playing football.”

“I can definitely say that after my NFL career, my life has been a busy one and I’ve learned so much.”

“A lot of the things that I’ve seen or been able to experience through the NFL, I’ve implemented into my businesses.”

“Potentially investing in businesses where I’m from is important to me.”

“I don’t think many people who play at the professional level in the NFL have normal body types.”

”Study and keep your attention on whatever it is you’re going into.”

He established The Kamerion Wimbley Foundation. His foundation was the sponsor for the Greater Wichita Area Sports banquet and the Buster Posey award. It also has helped kids in his hometown of Wichita, Kansas.

Kamerion owns a few businesses in Wichita, including a fitness center and a barbershop chain with two locations.

Wimbley said about his businesses:

”Yogi is a 9-year-old American Bully I purchased from a breeder.”

”My fascination with this breed stems back to an introduction at a dog show in 2006.”

On August 21, 2010, Kamerion recorded four sacks in one half on quarterback Jay Cutler, during a pre-season game against the Chicago Bears.

Note – Jay Cutler is a former American football quarterback who played college football at Vanderbilt as well as in the NFL for 12 seasons. After retirement from professional American football, Jay became a sportscaster for NFL for Fox.

Kamerion competed on a charity edition of MTV’s The Challenge, named – ”The Challenge: Champs vs. Pros” – a recurring special mini-series of MTV’s long-running reality game show. Wimbley finished as the male runner-up.

Wimbley earned most of his wealth from playing American football professionally.

On July 22, 2006, Wimbley signed a 6-year deal with the Cleveland Browns which included $9.3 million in guaranteed money and $23.7 million in total.

His deal with Tennessee Titans was for five years and was worth up to $35 million. But, he only played for three years.

In addition, after his retirement, Wimbley is focused on his company, KW Growth Holdings. Therefore, Kamerion Wimbley has an estimated net worth of $34 million.

READ THIS NEXT: Trey Canard Crash