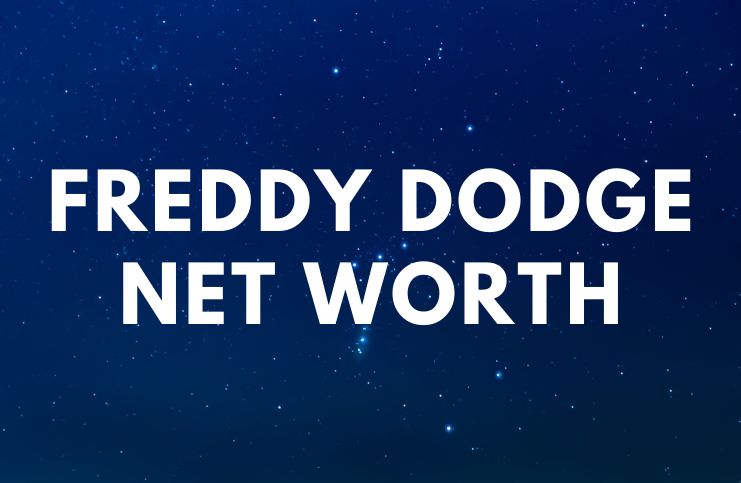 Freddy Dodge is an American professional prospector who is best known for starring in reality TV series Gold Rush, which airs on Discovery.

He has an older brother, named – Derek Dodge.

Gold Rush is a reality TV show, currently airing on Discovery. It is produced by Raw TV.

The show follows a group of Oregon men, who are hit by financial hard times due to the economic recession. They took a bold decision – to go for gold.

Freddy made his first appearance in the Gold Rush in 2010. He started as a regular with season 3 and started to work with Todd Hoffman. In season 3, the Hoffman crew mined 803oz. of gold earning them more than $1.28 million.

Season 6 returned with a two-hour season premiere on October 16, 2015.

“He’s absolutely a salt of the Earth kind of guy. He knows more about gold – where it comes from and how to get it – than anyone in the world.”

Doyle went on to say:

”I would put him up against anybody. He’s the gold guru. The gold guru will be in Season 6 but I will not say how much or what his role is.”

”I’ve gone to dinner with Freddy Dodge and I could listen to him talk all night about gold, how it has gotten to where it is, where it comes from and best ways to catch it. That’s how he lives his life.”

In season 8, Todd Hoffman shuts down his operations to support Freddy as he pleads with the county commissioners to allow him to mine his claim.

Before season 9, both Jack Hoffman and Todd Hoffman departed the series. Following Jack and Todd’s departure from the TV series, prospector Rick Ness took over to claim his place as the new crew leader.

Freddy has also participated in “Gold Rush: The Jungle,” a special of Gold Rush that aired between Seasons 2 and 3. It originally aired on August 17, 2012.

Numerous pieces of large significant equipment on Gold Rush television series are manufactured by MSI Mining Equipment. Some of the equipment is:

Freddy Dodge got married to Lisa Irene Dodge in April of 1997.

The couple has two daughters, named – Sammi and Nikki.

”I might have some cancer stuff going on. I gotta go for more testing.”

”I’m just a guy that’s chased gold since I was just a boy.”

”Large gold would never be on the surface in a river system especially in loose sandy and rocky materials!”

Dave Turin, an American businessman and a former cast member of Gold Rush, said about Freddy:

”I rely on Freddy a lot. He’s brilliant. He’s had so many years of experience.”

”Freddy and I have designed, oh my goodness, I’ll bet you we’ve designed and built and put together probably five or six different plants together and collaborated on another three or four.”

Dodge earned most of his wealth from starring in the reality television series Gold Rush as well as keeping a part of the gold that they found. In addition, he is part of a company, named – ”MSI Mining Equipment.” Therefore, Freddy Dodge has an estimated net worth of $0.8 million.