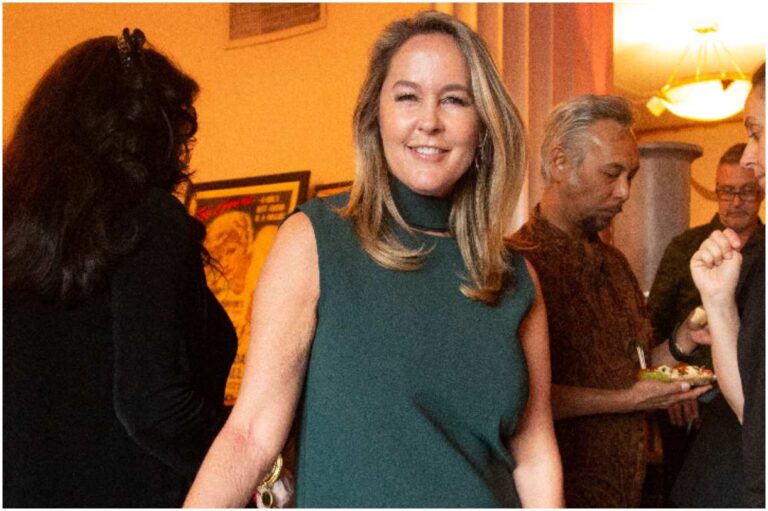 Erin Murphy (birth name – Erin Margaret Murphy) is an American actress who starred on the television show 50 Cutest Child Stars: All Grown Up. But, she is best known for her role as Tabitha Stephens on the television series – ”Bewitched.”

Erin has a non-identical twin sister, named – Diane Murphy, who is also a former child actress. Diane is best known for her role as “Tabitha” in the TV series Bewitched. They two sisters shared the role for one season of the show.

Erin played Tabitha on the classic series Bewitched. She once said:

“I started on the show right before my second birthday and then we went on until I was eight.”

Bewitched is a TV sitcom fantasy series that was broadcast on ABC from September 17, 1964, to March 25, 1972. It was created by Sol Saks under executive director Harry Ackerman.

The series followed the life of a witch named Samantha who marries a mortal man by the name of Darrin Stephens.

During an interview, Murphy recalled:

”Being a child star was a positive thing. I have such good memories from doing the show.”

On December 20, 2006, she appeared as one of the 12 “strangers” on Identity, a reality show that was hosted by magician Penn Jillette of Penn & Teller.

In the same year, she appeared as a celebrity judge on an American competitive reality TV show – ”I Know My Kid’s a Star.” The show’s primary judge was Danny Bonaduce.

In 2017, Erin appeared in a web series called “Life Interrupted.”

Other celebrities of the series are:

In May 1998, Erin married Darren Dunckel, the president of Verge Living.

”My life philosophy has always been if an opportunity comes to you, kind of take advantage of it.”

”I think it’s because people remember things that are memorable in their life, so being on a TV show is memorable.”

When asked about her relationship with Agnes Moorehead (an actress who had the role of Endora on Bewitched), she responded:

”She was probably my favorite. I had a really, really wonderful and close relationship with her.”

”I called her grandmama when we weren’t filming. She was amazing.”

In 2016, she was profiled in the book titled – “X Child Stars: Where Are They Now?,” by Fred Ascher and Kathy Garver.

Erin credits Elizabeth Montgomery as her favorite acting mentor as well as a best friend. Elizabeth was an American film and television actress who is best known for her leading role as Samantha Stephens on Bewitched.

”I looked to her as a parent, and she would tell me what to do like a parent. In a lot of ways I’m so much like her than I am my own mom, which is hilarious.”

In a different interview, Erin detailed about Elizabeth:

”She was fun! She was always someone I looked up to. She was beautiful and smart and funny.”

She appeared in a commercial with Ronald Reagan.

READ MORE: Who is Tamera Mowry?

In 2018, Erin purchased an ocean-front condo at the guard-gated Malibu Bay Club in the western reaches of Malibu, California. The condo has 1,934 square feet over three floors,  2.5-bathrooms, and two bedrooms. She paid about $2.3 million for the condo.

She has worked as the on-air moderator for Allergan Medical.

Murphy earned most of her wealth from starring in the series – Bewitched. In addition, she appeared in over 100 commercials and performed in many TV reality shows.

Moreover, Erin is very active in fundraising for a few charitable organizations. Therefore, Erin Murphy has an estimated net worth of $12 million.

READ THIS NEXT: Biography of Dustin Diamond