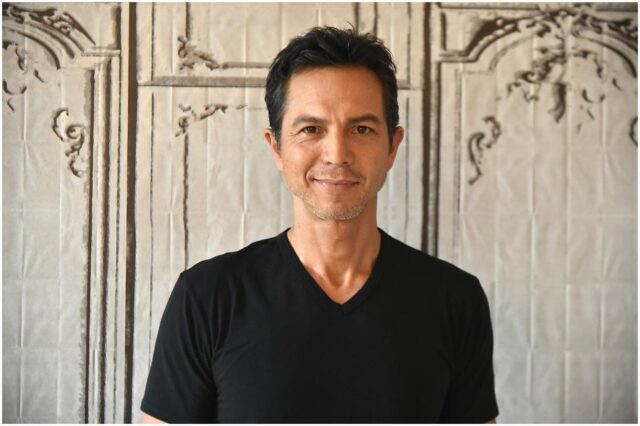 Viewers of the American TV series The Son would know Frances as Prairie Flower – a young member of the Comanche tribe in 1849 Texas.

After receiving her degree from Cal Arts, Elizabeth began her professional career, both regionally and in LA, working with notable theaters such as:

She was born in Okinawa, Japan, where her father was stationed as a U.S. Marine and grew up in Oceanside, California. Elizabeth’s mother was from the Philippines, and her father was Caucasian and Cherokee.

During an interview, Frances said:

“If you continuously have stereotypes – or if for most of your life, your only exposure to black people onscreen, for example, is to see criminals – then if you see a black man walking down the street, that could inform your own idea of who that person is. That’s the same for any race.”

“Being mixed in the States [is] growing up really feeling American, but knowing that I’m identified in a certain way because of how I look – but then wanting to also be responsible to the cultures that I come from.”

He is a Canadian actor who has starred in the TV series Dollhouse, Supernatural, and the Showcase time travel show, Continuum. But, Penikett is best known for playing Karl “Helo” Agathon on SyFy’s 2004 television series Battlestar Galactica.

Tahmoh has been interested in martial arts since his youth, first studying judo and kickboxing. Also, he aspired to be an actor from childhood.

His father became Yukon’s premier, moved to Canada when he was 12, and is of British origin. His mother is from the Upper Tanana tribe in the Yukon.

In 2014, Tahmoh guest-starred in the 200th episode of Criminal Minds as Michael Hastings, a leader of the terrorist group, ”The Regime Squad.”

She is an American actress who was born on January 23, 1981, in Boston, Massachusetts. Jones is of Chickasaw, Choctaw, and African American descent. Regarding growing up in Jamaica Plain, Boston, Julia said:

”One of the great things about growing up there was that it’s so ethnically diverse, you didn’t really pay attention to race. My dad is part Choctaw, Chickasaw, and African American. I didn’t realize the significance of not being white until I moved to LA.”

At the age of 8, Julia started serving in locals and commercial theatres.

Jones graduated from Columbia University with a degree in English.

She is best known for playing Leah Clearwater in The Twilight Saga films and Kohana in the HBO series Westworld.

In 2015, Julia played the female lead opposite Adam Sandler in The Ridiculous 6 and Gab on the Netflix series ”Longmire.”

She is an American-Canadian actress, comedian, voice actress, and singer who is the daughter of actor Don Francks and Lili Francks. Cree grew up on an Indian reserve called Red Pheasant with her father, mother, and brother in the Canadian province of Saskatchewan.

Additionally, Summer is known for playing Winifred “Freddie” Brooks on the NBC sitcom A Different World.

She is an American actress who was born on July 22, 1967, and she is of Inupiat, Yupik, Inuit, Cree, and Métis ancestry.

Bedard is best known for providing the voice of the title character in the animated film Pocahontas as well as for the role of Suzy Song in the film adaptation of Sherman Alexie’s Smoke Signals.

He is a Native American producer and actor who was born in Tahlequah, Oklahoma and grew up in Kooskia, Montana, Lewiston, and Lapwai.

In 2015, Chaske was cast in the recurring role of Billy Raven in Banshee after making his debut one year prior to the web series Banshee Origins.

In 2009, he played werewolf Sam Uley in New Moon, based on Stephenie Meyer’s novel of the same name.

His favorite movies are:

He was a Native American actor, musician, author, poet, and political activist. His mother was of Mexican Indian descent, and his father was a Santee Dakota (Sioux) American Indian.

Trudell had been in a relationship with actress Marcheline Bertrand for a few years at the time of her death in 2007.

During most of the 1970s, Trudell served as the chairman of the American Indian Movement, based in Minneapolis, Minnesota.

Danny Trejo is an American actor who has appeared in TV shows such as Brooklyn Nine-Nine, Breaking Bad, King of the Hill, The X-Files, Sons of Anarchy, The Flash, and Babysitters Beware.

Danny is perhaps most recognized as the character Machete, initially developed by Rodriguez for the Spy Kids series of movies. His other films include Con Air (1997), Heat (1995), and Desperado (1995).

He is an Oneida-Canadian actor who has starred in the following films:

He is a Peruvian-American producer, actor, and activist who was nominated for the 1999 Primetime Emmy Award for Outstanding Supporting Actor in a Drama Series for his role as NYPD Detective Rey Curtis on the NBC drama series Law & Order.

READ THIS NEXT: Famous WNBA Players