Who are the most famous fat actors and actresses?

Obesity has reached epidemic proportions globally, with at least 3 million people dying every year as a result of being overweight or obese.

This happens because the excess weight may increase the risk for many health problems, including: 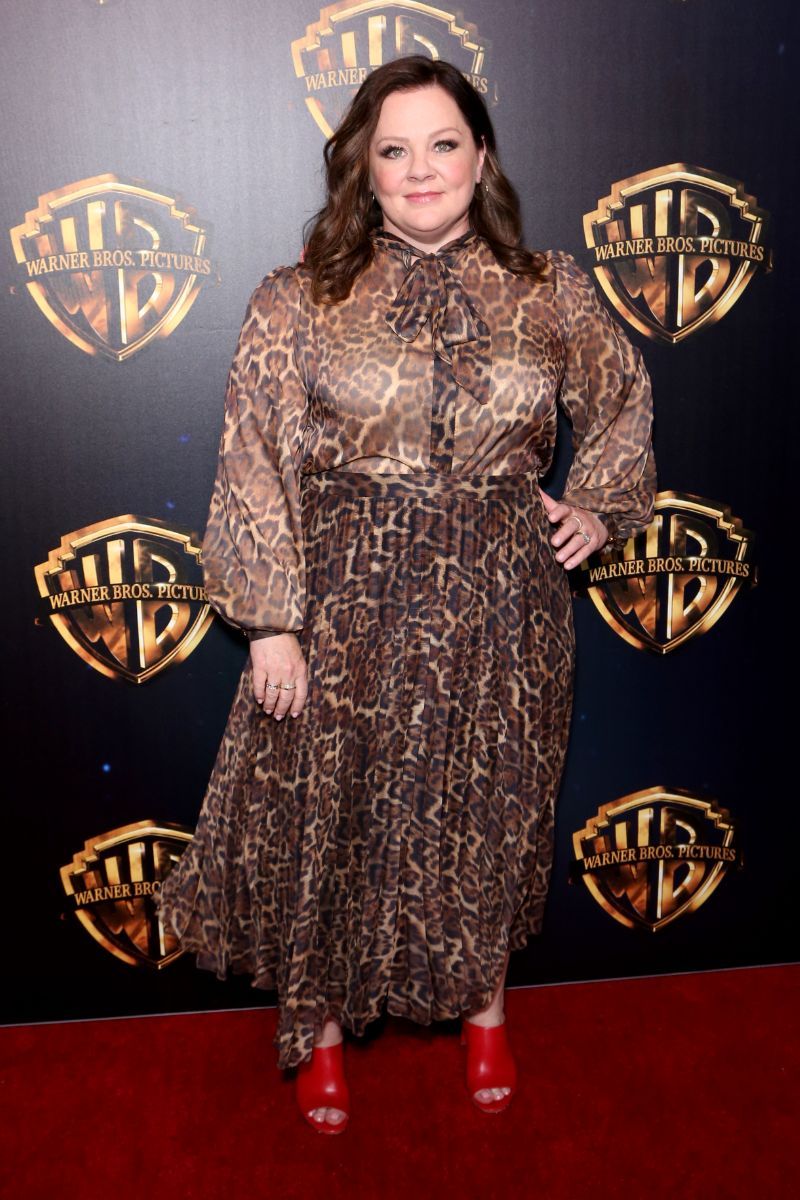 She is an American comedian, actress, writer, fashion designer, and producer who has been featured multiple times in the annual rankings of the highest-paid actresses in the world.

On May 19, 2015, Melissa received a star on the Hollywood Walk of Fame at 6927 Hollywood Boulevard in Hollywood, California.

Moreover, Melissa has received nominations for two Golden Globe Awards and two Academy Awards and is the recipient of several accolades, including two Primetime Emmy Awards.

”The thing is, if that is the most interesting thing about me, I need to go have a lavender farm in Minnesota and give this up. There has to be something more.” 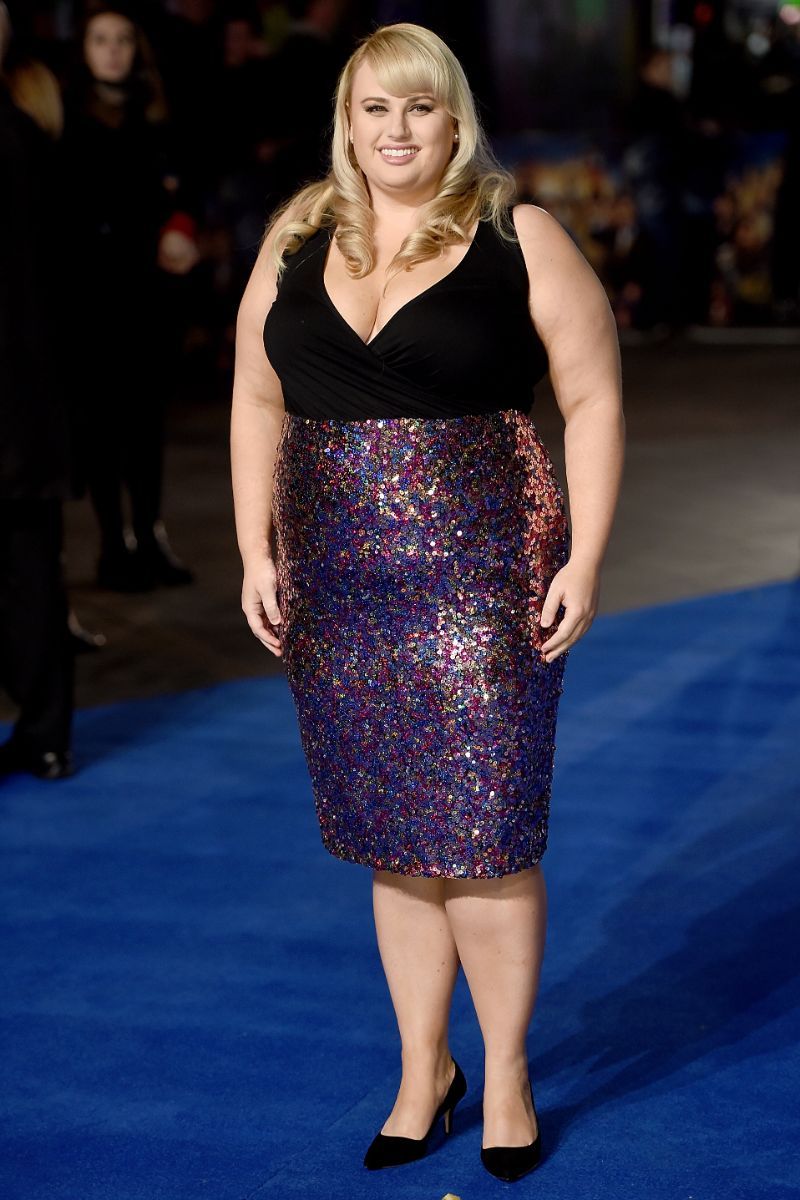 Rebel Wilson attends the UK Premiere of “Night At The Museum: Secret Of The Tomb” at Empire Leicester Square on December 15, 2014, in London, England – @Getty

She is an Australian writer, actress, and producer who appeared as Toula on the sketch comedy series The Wedge and the Special Broadcasting Service comedy series Pizza.

Wilson says getting fat led to her Hollywood success:

“I was like, ‘oh, that girl’s getting a lot of laughs, a lot easier than me. What is it?’ Because I don’t think there’s much difference in talent.”

”And I remember distinctly thinking, ‘I think it’s because she’s fatter’. And then, I don’t know if it was mega-conscious, but I thought, ‘how can I get more laughs? Maybe if I was a bit fatter…’ And then suddenly I was fatter and doing comedy.” 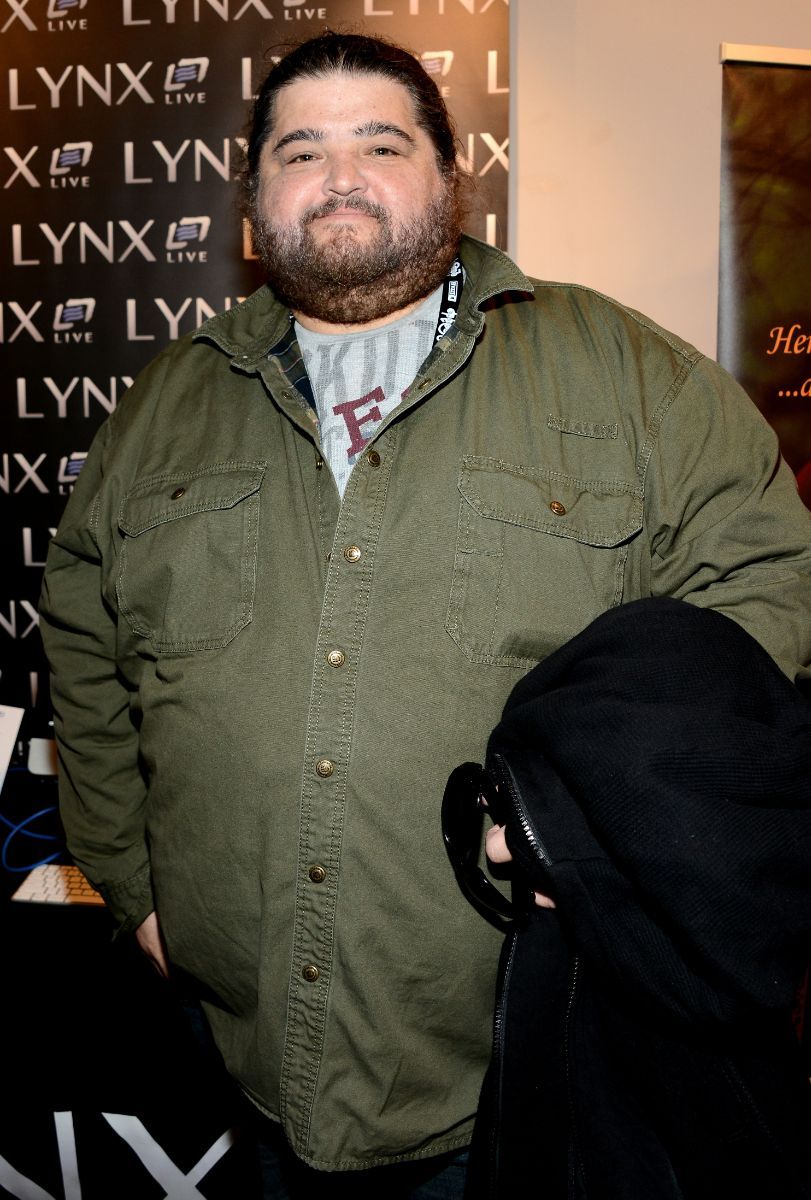 He is an American comedian and actor best known for portraying Hugo “Hurley” Reyes in the television series Lost from 2004 to 2010.

Jorge first came to public attention with his performance as Hector Lopez on the television show Becker.

According to The National Enquirer, Garcia is reportedly tipping the scales at 400 lbs and exposing himself to such weight-related health problems as – heart disease and type 2 diabetes mellitus, which could ultimately cause a heart attack. 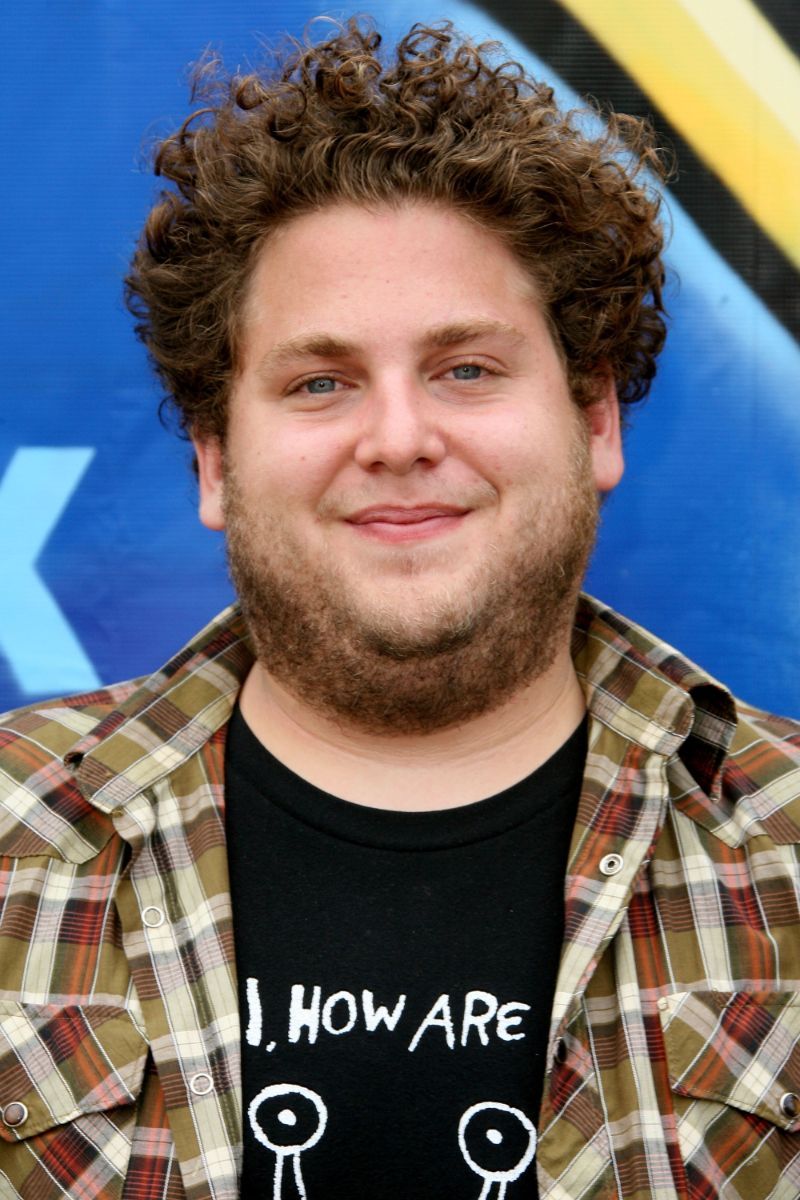 He is a writer and actor who rose to fame through comedies like Superbad, before earning award nominations for roles in The Wolf of Wall Street and Moneyball.

During a chat on “The Ellen DeGeneres Show,” Hill said:

“I became famous in my late teens and then spent most of my young adult life listening to people say that I was fat and gross and unattractive.”

Update – Hill has recently lost weight dramatically from a combination of eating less and exercise. 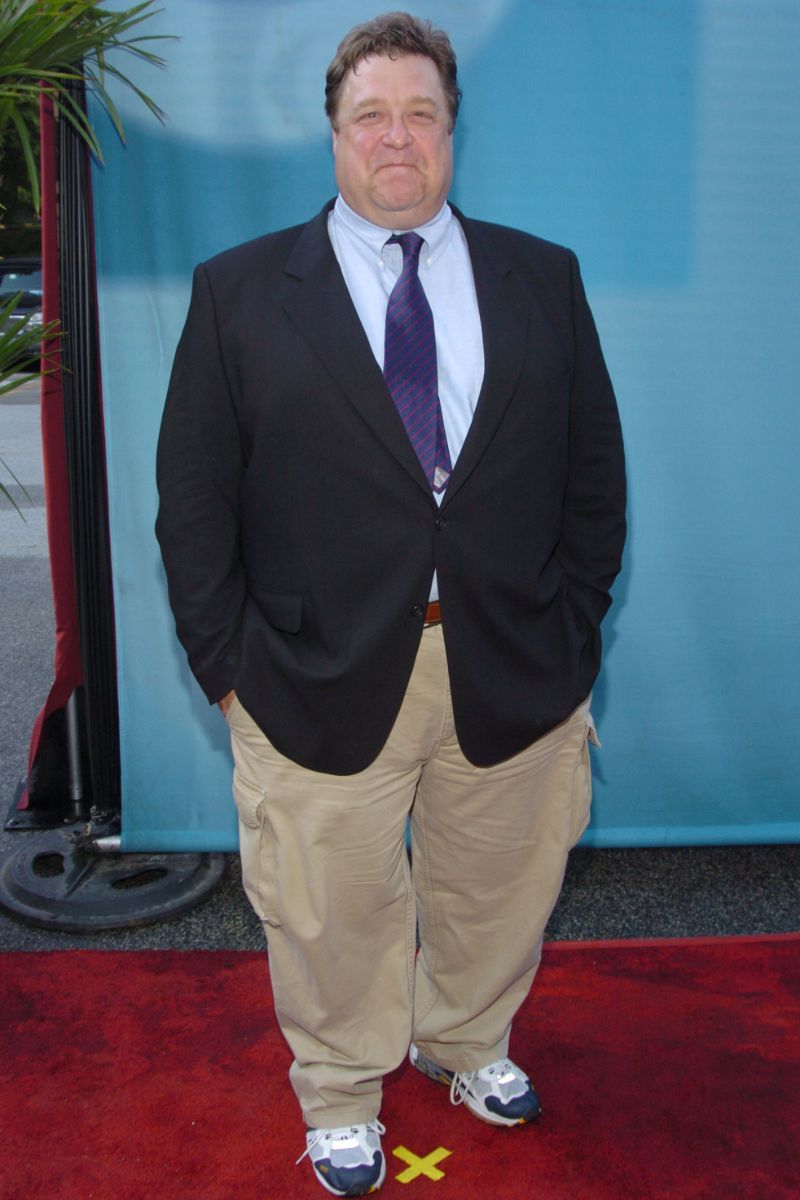 He is an American actor that had many roles in animated films, including:

Also, Goodman is a regular collaborator with the Coen brothers on films like:

But along with having a big career, John also has a large frame, weighing around 400 pounds. Goodman told ABC that he decided to take control of his life and never looked back. He declared:

“I just got tired, sick and tired of looking at myself.”

“You’re shaving in the mirror and you don’t want to look at yourself. It gets dangerous.” 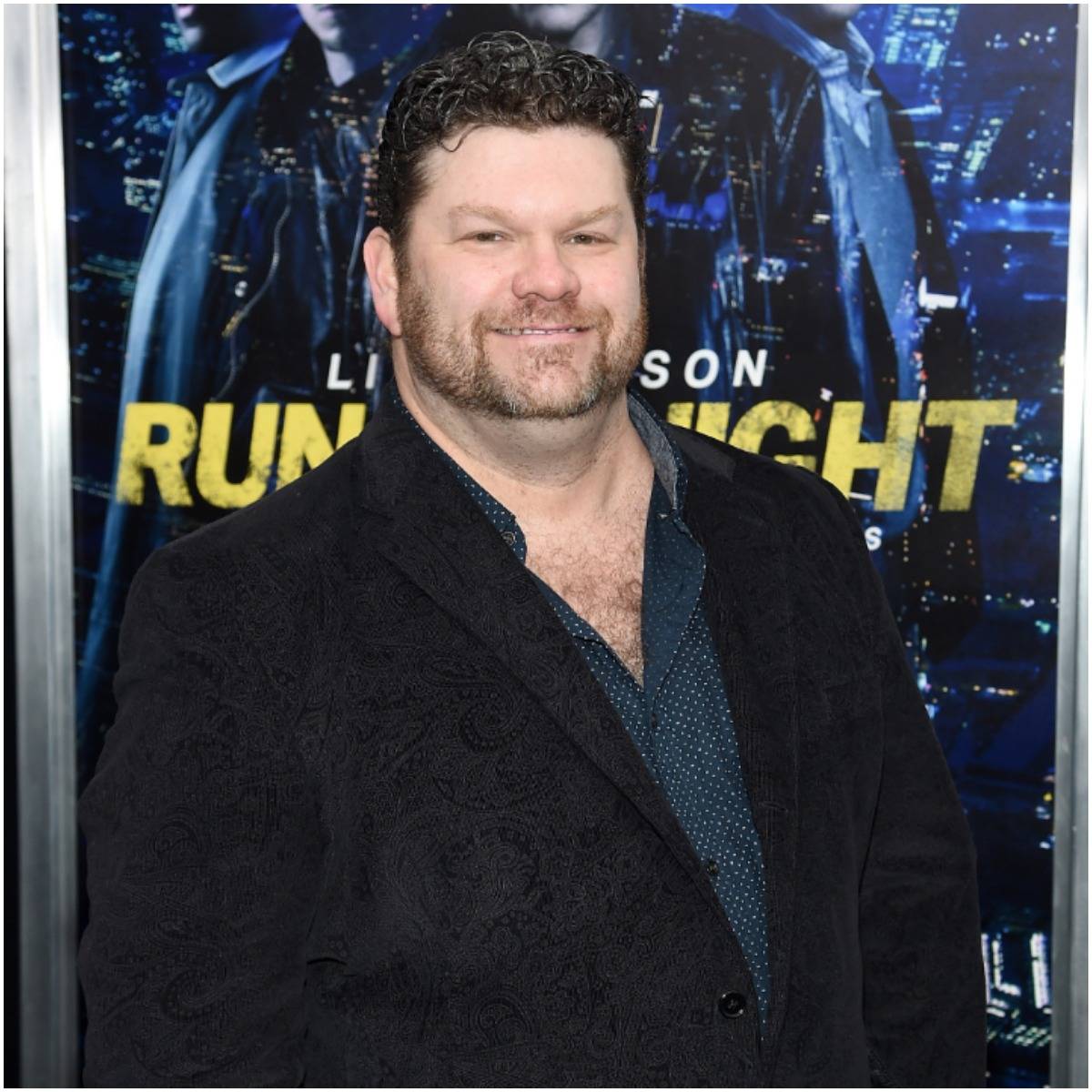 He is an American actor who portrayed Mario Pepper on Gotham. Daniel also performed in Boy Wonder, Night Run, and Le come back. 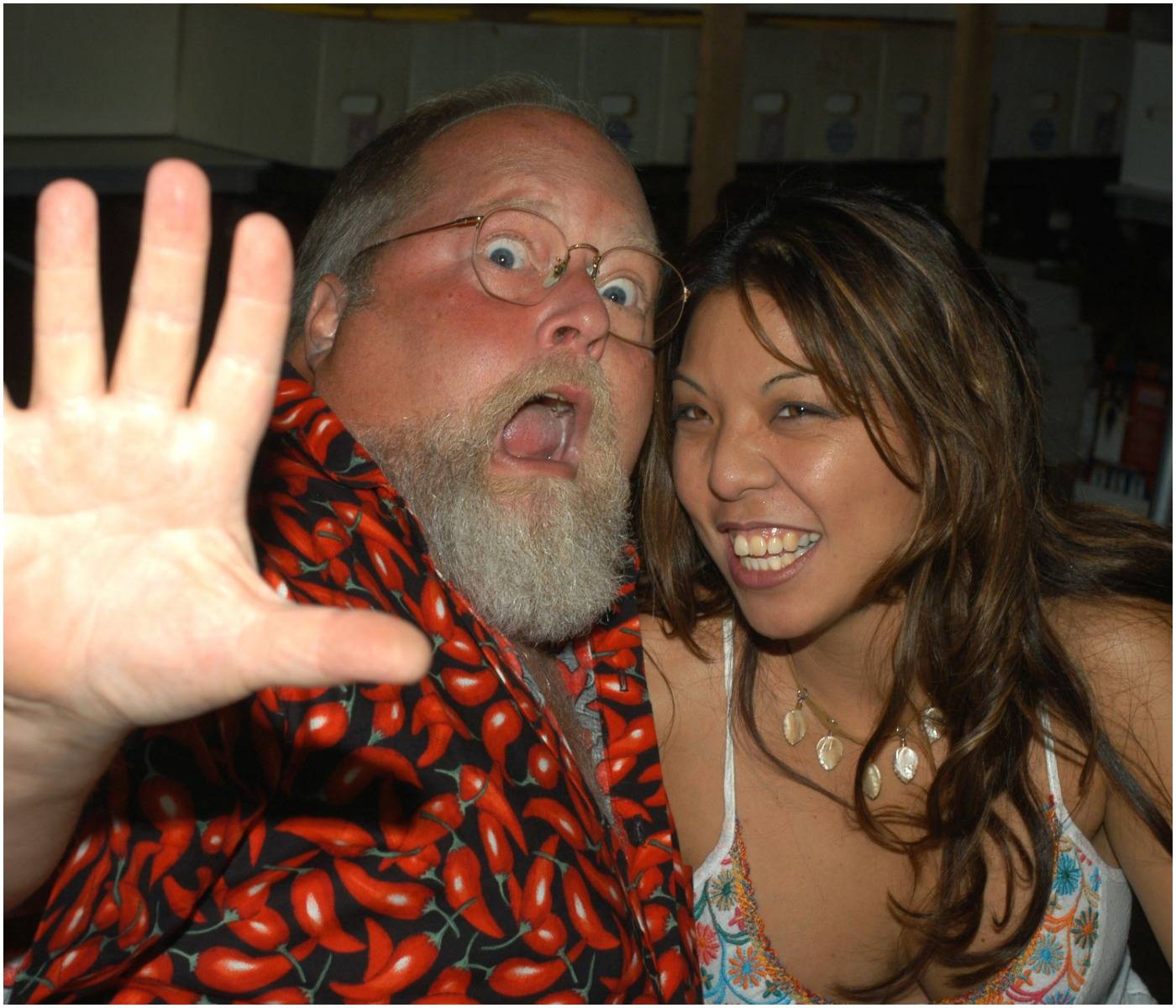 He was an American character actor who made appearances in films such as Raiders of the Lost Ark and Tim Burton’s Batman.

Hootkins moved to the United Kingdom after his friend John Lithgow recommended that he go there.

Additionally, Hootkins had significant roles in films such as:

He was initially slated to play the role of Dennis Nedry in 1993’s Jurassic Park; however, he was replaced after Spielberg saw Wayne Knight’s performance in Basic Instinct.

William is best known for supporting roles in Hollywood blockbusters such as Raiders of the Lost Ark, Star Wars, and Batman. 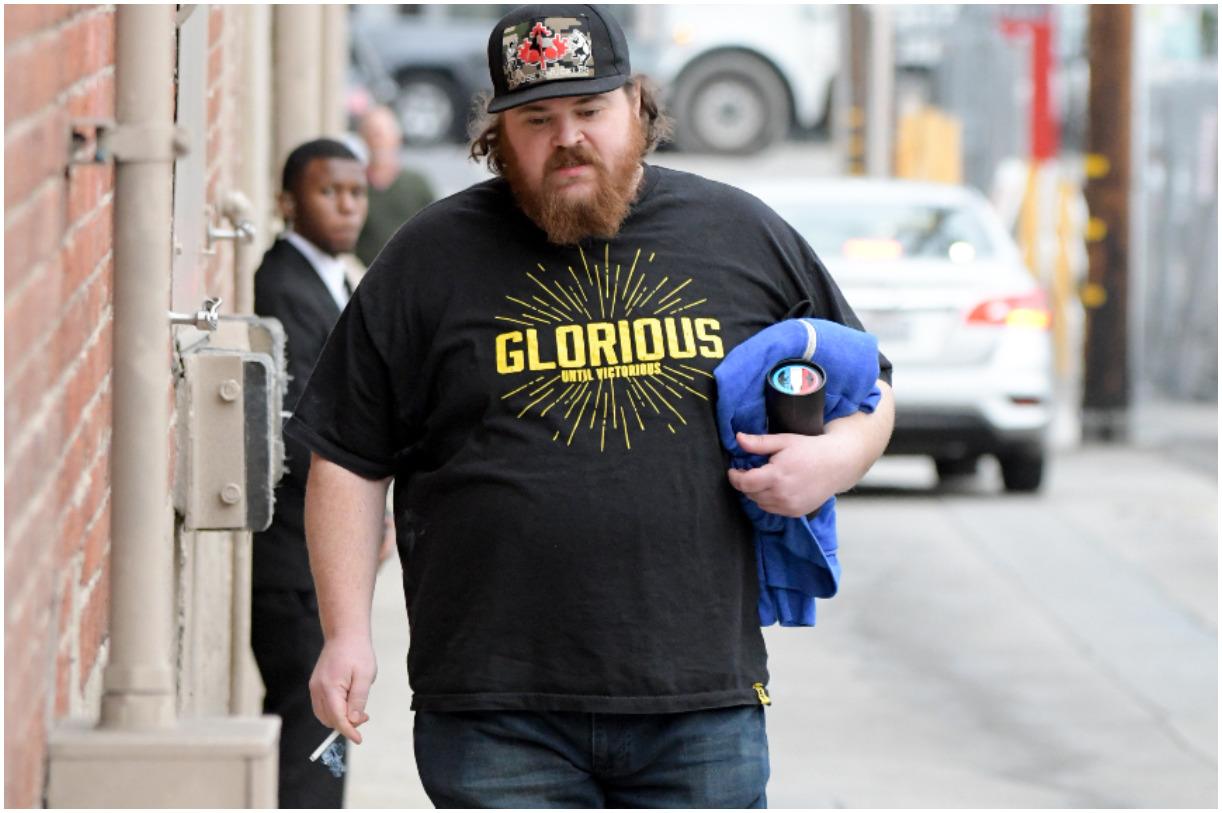 He is a Canadian writer, comedian, and actor. In 2017, his first special, Bigger in Person, debuted on The Comedy Network.

Wilson grew up in Toronto, Ontario, and is best known as the character Squirrely Dan in ”Letterkenny.” 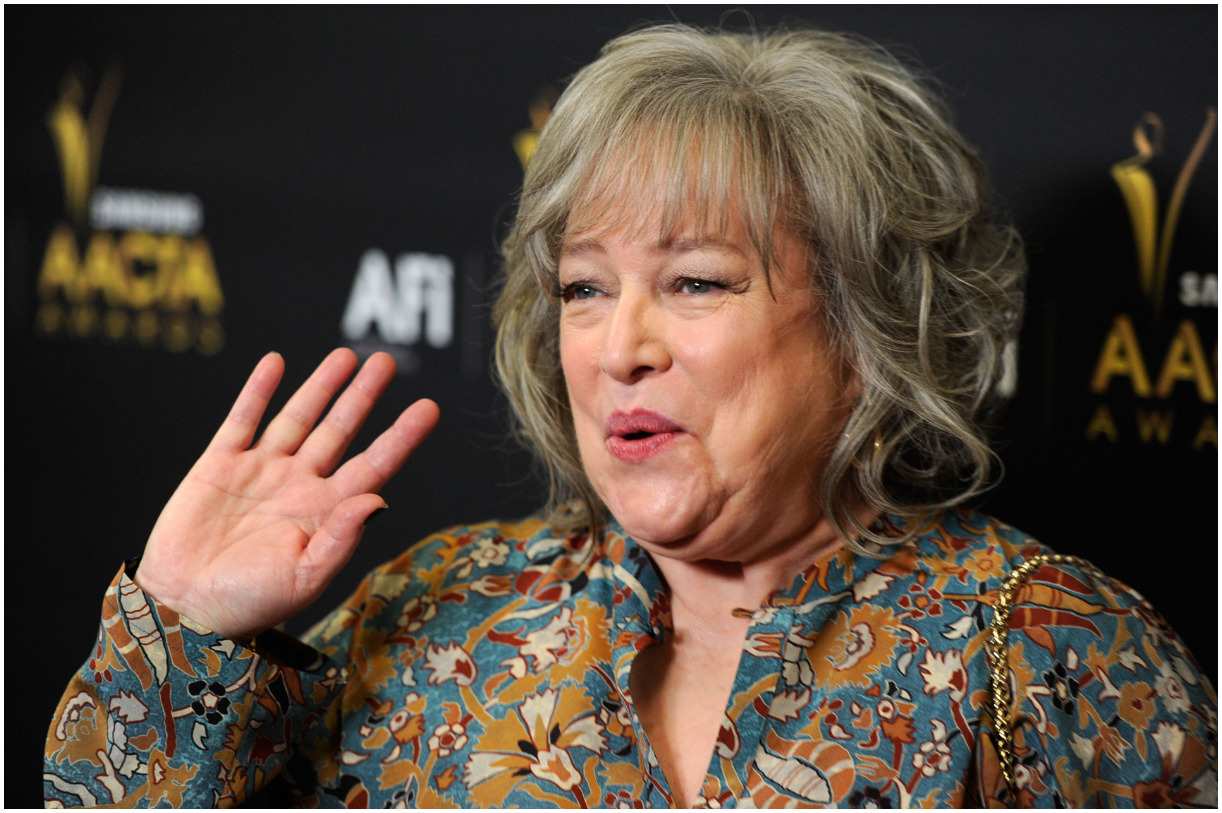 She is an American actress and director and the recipient of the following:

Bates received her 2nd and 3rd Academy Award nominations for Primary Colors (1998) and About Schmidt (2002) in the category of Best Supporting Actress.

For her portrayal of Annie Wilkes in the 1990 film Misery, Kathy won the Academy Award for Best Actress.

She began her career on the stage, and for her performance, Bates was nominated for the Tony Award for Best Lead Actress in a Play in 1983. 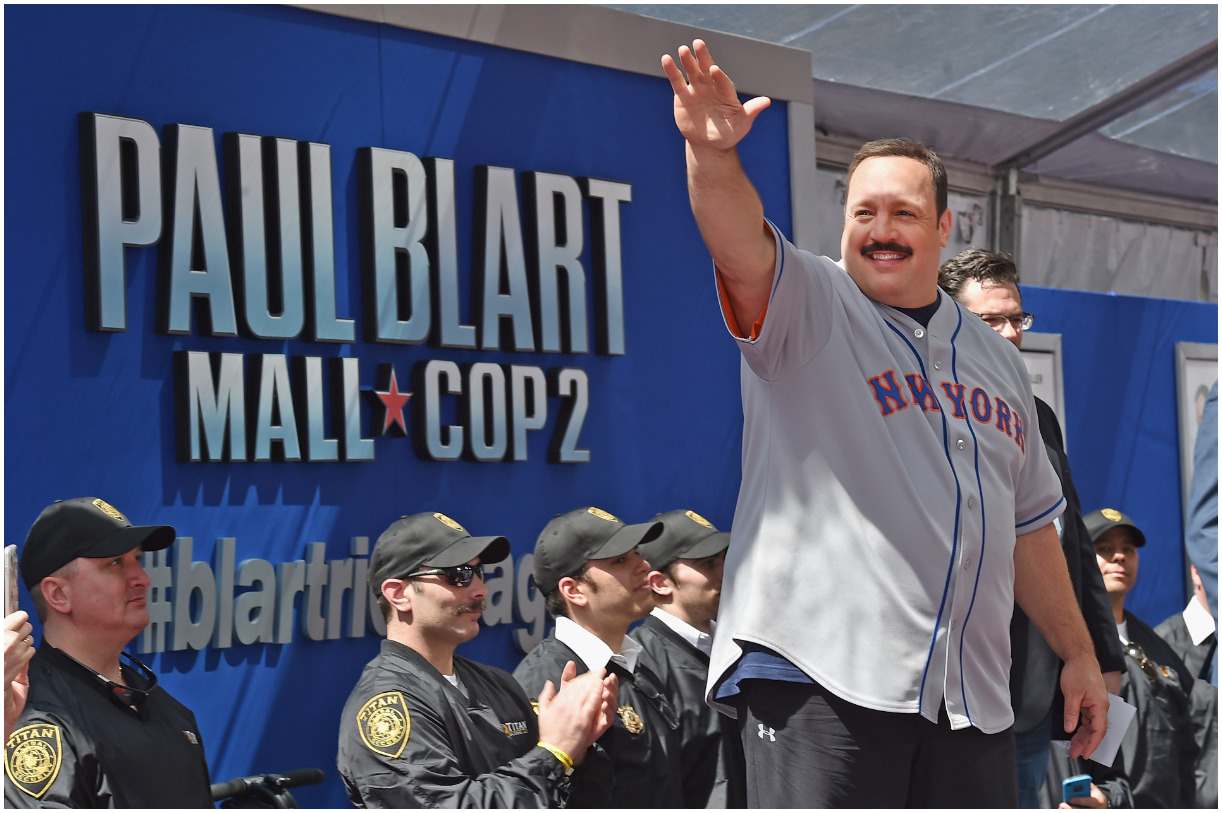 He is an American comedian, actor, film producer, and screenwriter. From 2016 to 2018, James starred in the CBS sitcom, ”Kevin Can Wait.” He performed with Adam Sandler in Sandy Wexler in 2017. 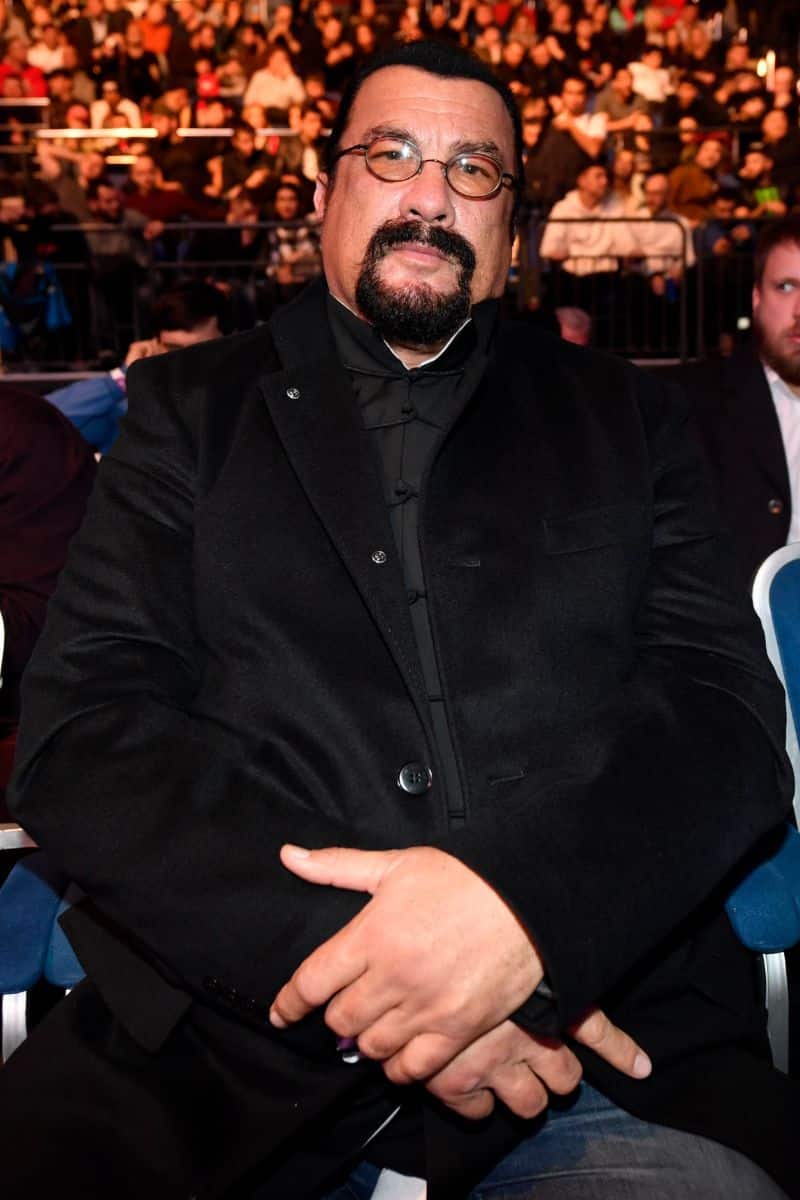 Seagal is an American action film star with a 7th-dan black belt in aikido. He made his acting debut in Above the Law in 1988.

He also starred in General Commander, The Asian Connection, Out for Justice, Under Siege 2: Dark Territory, Fire Down Below, Into the Sun, and more. He served as the director of many movies, including Sniper: Special Ops, Not Even the Trees, and Attrition.

He has seven children from four relationships. In addition, Seagal is a godparent to Yabshi Pan Rinzinwangmo, the daughter of the tenth Panchen Lama.

In 2020, Charlize Theron said that Seagal is “just incredibly overweight and can barely fight.” 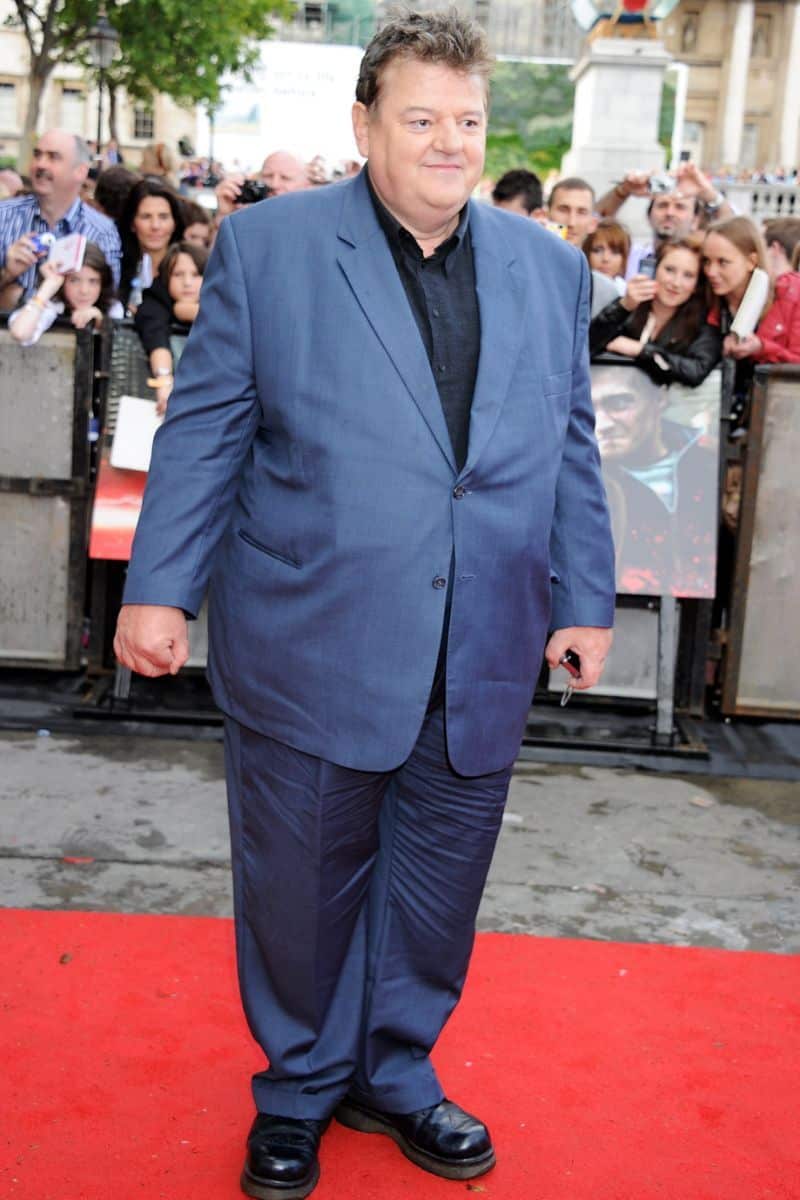 Coltrane was a Scottish actor best known for his role as Hagrid in the Harry Potter film series.

He also performed in National Treasure, The Fruit Machine, The Comic Strip Presents, Alice in Wonderland, The Brothers Bloom, and The Adventures of Huck Finn.

“I had no cartilage in my knee,” Coltrane said. “It was bone on bone.” 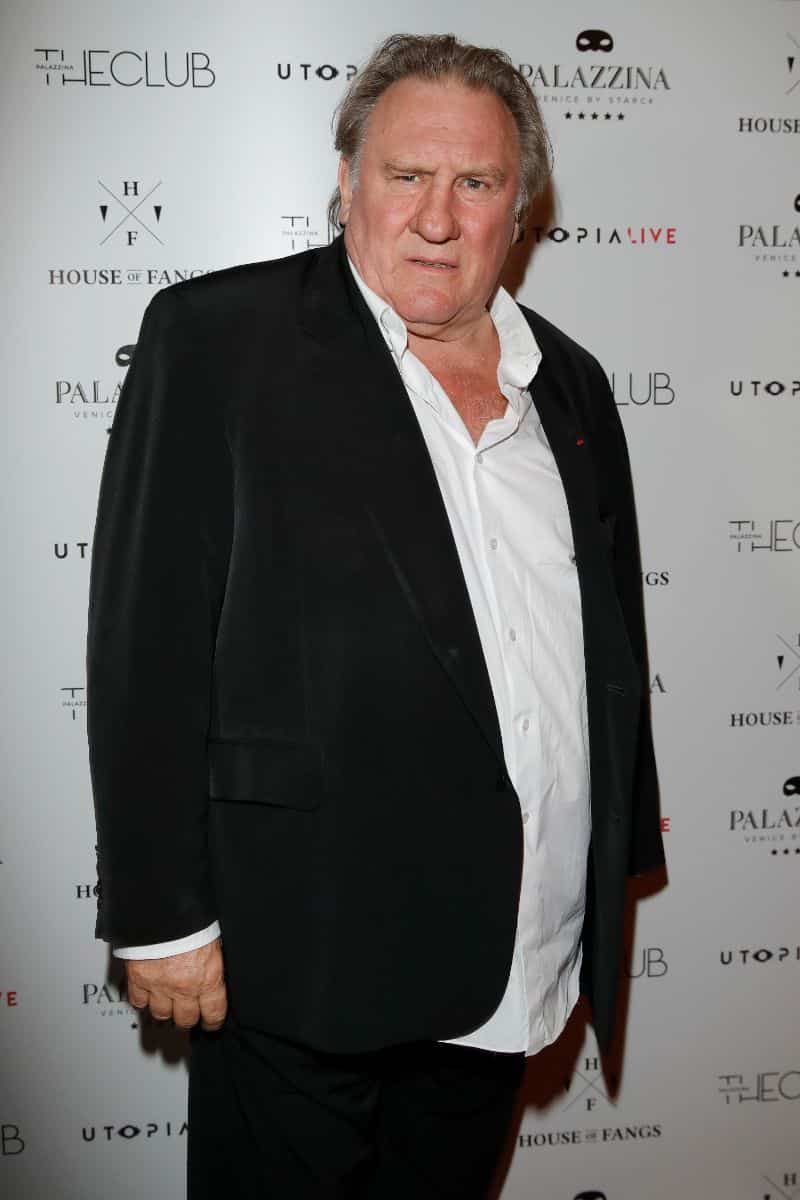 Depardieu is a French actor who appeared in more than 250 movies. Depardieu made his screen debut in Le Beatnik et le minet.

“I gain weight and lose it again in inevitable cycles,” Depardieu once said. 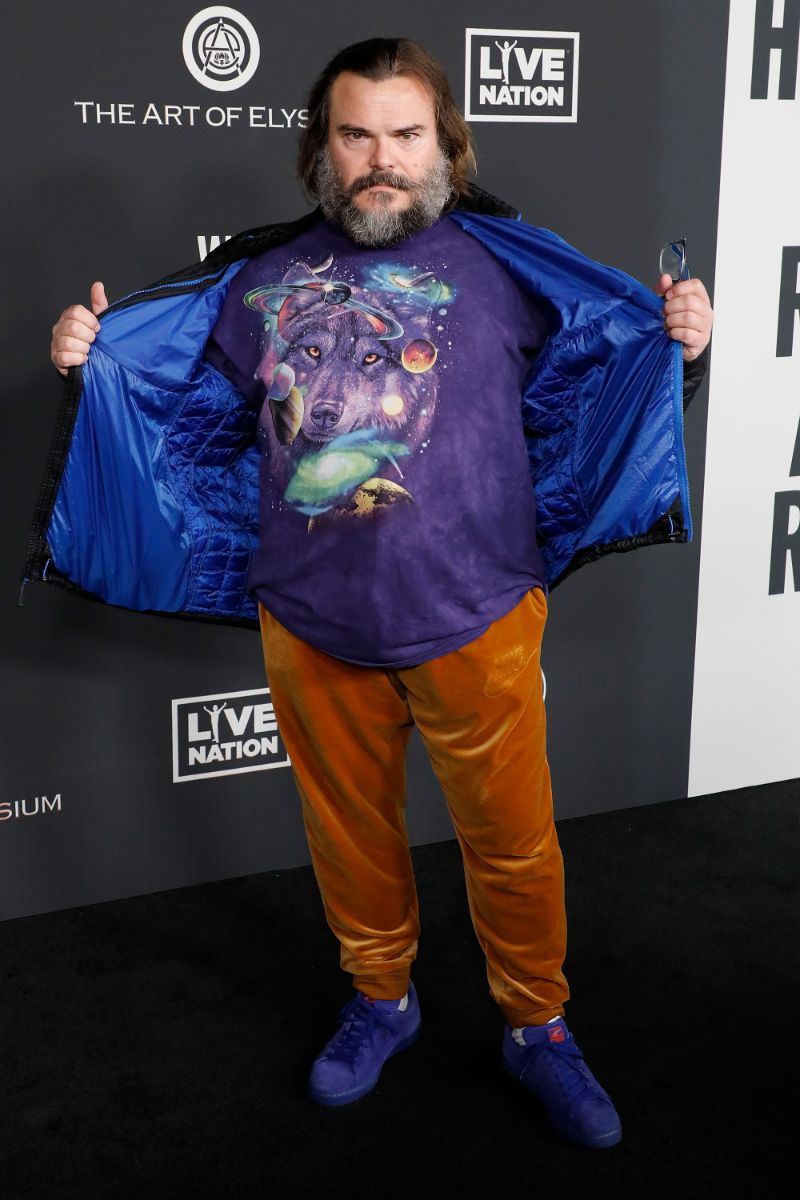 Jack Black is an American actor, comedian, and musician who began his career at age 13.

Jack’s recognition as a fantastic comedic talent led him to act in popular films such as High Fidelity, Jumanji: The Next Level, School of Rock, Nacho Libre, The House with a Clock in Its Walls, and Kung Fu Panda. 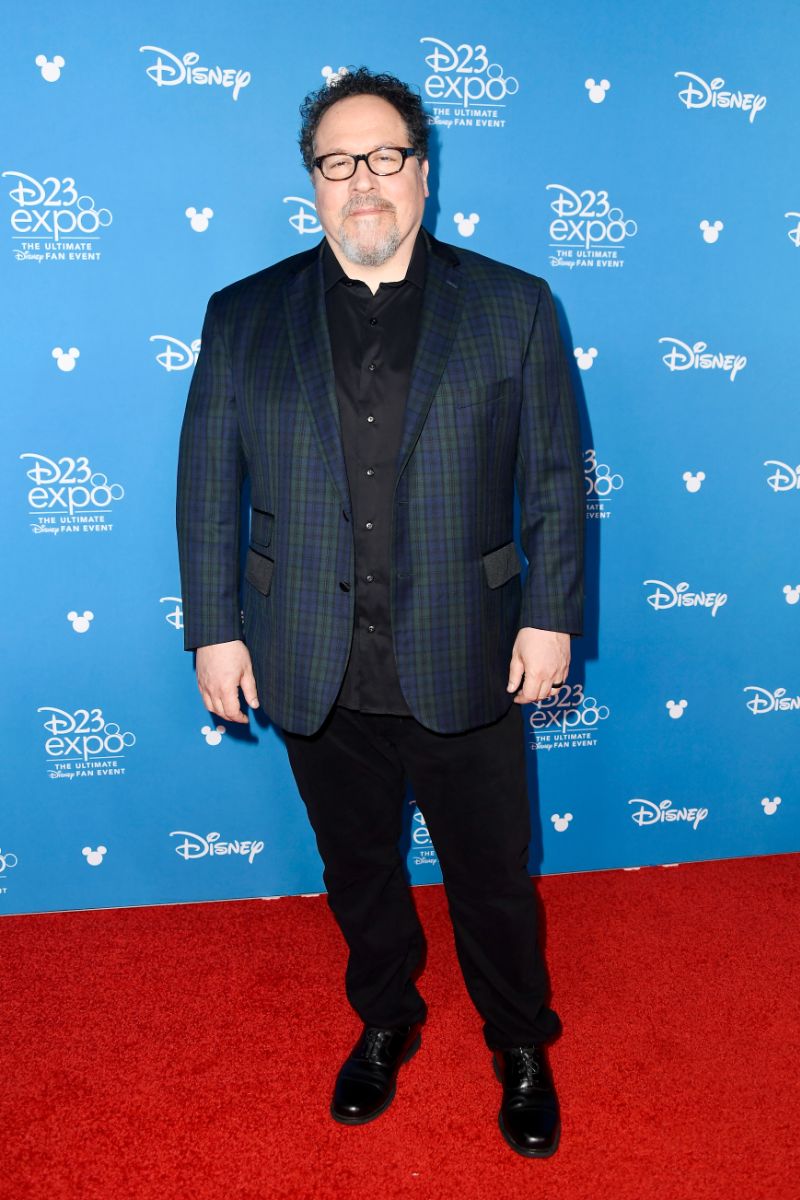 Favreau served as the producer of Avengers: Endgame, The Lion King, The Book of Boba Fett, Avengers: Age of Ultron, The Mandalorian, Young Sheldon, and The Shannara Chronicles.

Here’s a quick recap of the 15 famous fat actresses and actors:

READ THIS NEXT: Famous Blonde Actors