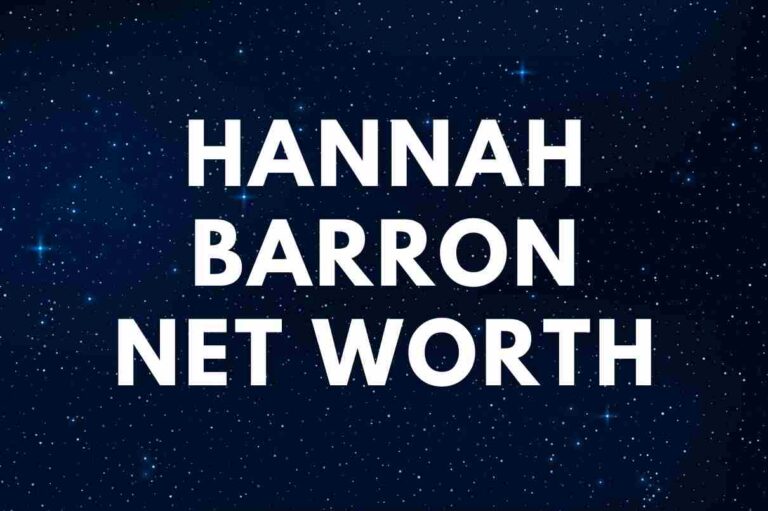 There are no Louis Vuitton bags or mirror selfies. And if she’s in a bikini, she’s probably got her arm halfway down the throat of an Alabama catfish.

Born July 3, 1996, in Crenshaw County—or “the middle of nowhere”, according to her—Hannah Barron grew up around critters, forests, and creeks.

The outdoors is well and truly in her blood. Hannah, an only child, didn’t grow up thinking hunting and fishing were for boys.

Her father, Jeff, would take her out exploring from a young age—letting Hannah know that she could be a girl and a tomboy at the same time. As soon as she was out of diapers, he had her out in the woods.

She was his trusty sidekick as a toddler, with photos of her father holding her and a deer when she was still using a pacifier.

By 4 years old, she could identify local snakes. She killed her first deer at 8 years old, and was gutting them herself before most kids are even allowed to handle anything sharper than a butter knife.

Hannah and her dad weren’t fussy—they killed deer, wild pig, turkey, or whatever else was in season.

As a teen, the family’s neighbor—a game warden named Brad Gavin—invited the pair to go “noodlin’”. Essentially catching giant catfish with your bare hands, the invite caught both Jeff and Hannah’s attention immediately. They’ve been noodlin’ ever since.

The proud Alabama girl was never on Instagram or Facebook for fame. She was already an avid hunter and fisher, and had thousands of photos stored on her phone before she moved onto social media.

One day she shared one of her videos on YouTube. Within days it went viral—within months it had over a million views. The happy-go-lucky huntress took insta-fame in her stride, planning to use her newfound visibility to encourage other women to take up hunting and catfishing.

As the video’s popularity spread—amassing over 15 million views and counting—so did the attention she garnered as an individual.

In January of 2018, Hannah posted a photo to Instagram of her holding a large slab of venison—deer meat, to the uninitiated. The video quickly caught the eye of passionate animal-rights activists. It also caught the eye of cyber bullies.

Amongst the abuse, Hannah copped online were words like ‘psychopath,’ ‘murderer,’ and ‘neanderthal.’ One of Hannah’s bullies went so far as to encourage all animal lovers to report Hannah’s posts to Instagram, and ask the image-sharing giant to cancel her account.

Hannah came forward to defend herself, supported by fellow hunters, explaining that the flesh was from an injured steer that she had put out of its misery.

Despite this one-off incident being a necessary evil to stop the animal’s suffering, Hannah continues to field criticism from the wider community for the cruelty of hunting and fishing for pleasure—and for continuing to post photos of animals she has killed on Instagram.

Looking to the Future

What’s next for Hannah Barron? The 24-year-old recently became engaged to fellow hunter—literally—Hunter Ryan Horton. When the petite country girl posted a photo to her Instagram account of her favorite noodling spot, Hunter recognized it. It was the lake he grew up by. He commented, she replied, and the rest is history.

A wedding isn’t the only event on the horizon. Hannah has plans to join the annual Alabama alligator hunt—an by-ballot event…just as soon as she draws a tag.

Barron earned most of her wealth from posting sponsored posts on her popular Instagram account (hannahbarron96) as well as from advertisements on her YouTube channel. Therefore, Hannah Barron has an estimated net worth of $1 million.

Noodling caught your eye? Check out more from the mini-huntress right here.

READ THIS NEXT: Who is Andrew Camarata?