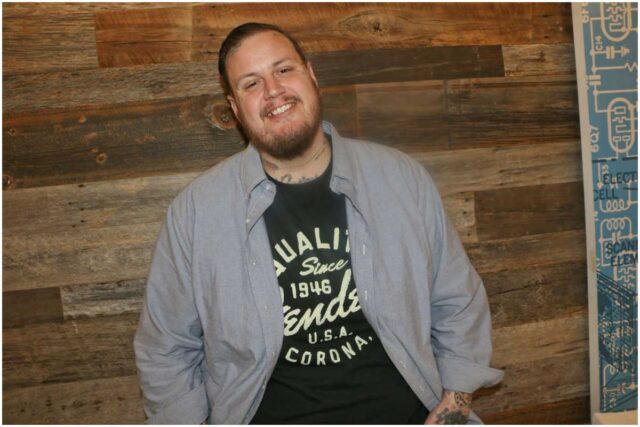 From spending time in jail, to having a kid at a very young age, to receiving a cease and desist from Waffle House – this young lyricist’s story is all but boring!

Read about his early life, career path, family and relationships, and more.

He was born on December 4, 1986. Jelly Roll grew up in Nashville, especially in the Southside community of Antioch.

DeFord’s father left him and his mother on their own when he was just a teen.

From then on, his mom didn’t have hardly anything to her name.

DeFord said anyone who had anything in his small hometown of Antioch, Tennessee, only had it from selling drugs.

He too fell into the cycle of dealing pretty early on.

So much so that he dropped out of high school.

At age 14, Jason was incarcerated, which precipitated an ongoing cycle of incarcerations until 2009 that included a drug possession conviction.

READ MORE: What is DJ D-Wrek’s net worth?

Jelly says his stint as a drug dealer put a lot of free time in his hands, which he used to start making rap music.

In 2010, DeFord collaborated with a rapper out of Memphis, Lil Wyte, to create a song titled “Pop Another Pill,” which went viral on YouTube.

The two made an album called “Year Round” with the hip-hop group SNO under the Hypnotize Minds label the next year.

The most notable song from this album has to be “Come Here White Girl.”

”Looking forward to the whole tour. The most challenging part is being away from my daughter and son and the drives every day in the van, lol.”

On January 1, 2017, Jason was invited to participate in the Juggalo March On Washington.

In 2018, DeFord teamed up with Struggle Jennings on the trilogy of Waylon & Willie albums.

READ MORE: What is the net worth of Jessica Aldean?

The two met in Las Vegas while DeFord was on tour.

Back then, DeFord’s place of residence was his van, and he was a starving artist trying to make his rap career work.

In January 2020, Roll wrote on his Instagram about his wife: ”she made me truly understand what LOVE means.” Jelly added: ”she showed me what it means to stand beside someone unconditionally.”

Jelly Roll jokingly describes himself as “a regular fat piece of white trash.”

Perhaps his most infamous year, 2013, brought all kinds of craziness for Jelly Roll. He released a mixtape titled “Whiskey, Weed, & Waffle House.”

The mixtape’s original cover had a one-to-one depiction of the restaurant’s logo, as well as a parody of the menu displaying the tape’s track info on the back.

To DeFord’s surprise, the Waffle House legal team sent him a cease and desist requiring that he change the name and artwork of his tape.

While it was a big setback for his rap career, the young artist was starstruck that his music was even on the megabrand’s radar.

The name of the mixtape was changed to “Whiskey, Weed, & Women,” and the finalized cover art included a rendering of a “cease and desist” stamp.

After a lifetime of ordering the All-Star Breakfast with cheesy scrambled eggs, wheat toast, double scattered/smothered/covered/chunked hashbrowns, sausage, and a chocolate chip waffle, DeFord finally vowed to never dine at Waffle House again after the debacle forced him to trash a music video he paid to shoot at one of the chain’s locations in Nashville.

He continues to dine at Waffle House on a regular basis.

“I’ve been smothering, covering, and chunking shit for 28 years,” DeFord revealed in an interview. ”I had to look at my birth certificate the other day to make sure I wasn’t born in a Waffle House.”

”I’m one of the guys that cheers for everybody. I hope they all get mansions and leave their families lots of money.”

”I’m inspired by outlaw country, folk music, and Motown. This is what’s playing in my speakers the most.”

”Yeah, I tattooed John 15:13 on the side of my face. Greater love has no one than this: to lay down one’s life for one’s friends. I got three teardrops.”

”My earliest music memories are dancing with my mother in the kitchen to oldies records and Motown, some old country too. I couldn’t imagine doing anything else.”

”People I thought would be in my life for the rest of my life. Admittedly it was some of my own wrongdoing that leads to this departure.”

”Yeah, we’re definitely not sober today. I woke up on like ten hours of sleep and was like, ‘Adderall and Whiskey. Let’s Go!’”

DeFord earns most of his income from selling his albums and mix-tapes, selling tickets to his concerts, sponsors, and advertisements on his YouTube channel.

One of his first hits was ”Pop Another Pill” with rapper Lil Wyte.

On YouTube, DeFord has over 1.4 billion views, meaning about $4.2 million in revenue before taxes.

Keeping this in mind, American rapper Jelly Roll has an estimated net worth of $3 million.

READ THIS NEXT: Pablo Skywalkin Net Worth