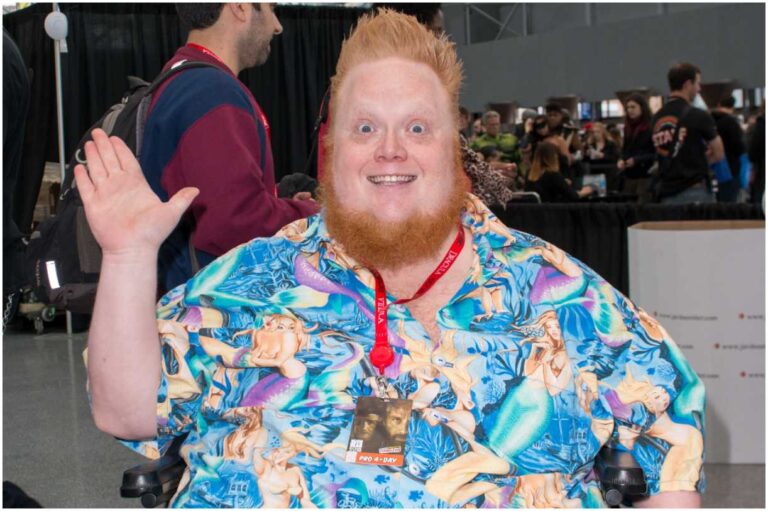 Harry Knowles is an American film critic who is best known as the founder of Ain’t It Cool News website. In addition, Harry is the co-founder of the Butt-Numb-A-Thon and Fantastic Fest.

Knowles was born on December 11, 1971, in Austin, Texas, USA, to Helen Harrison Knowles and Jarrell Knowles.

Harry operated a business called Jay’s 20th Century Esoterica with his sister and dad. He said:

”My father had a pop culture collectible shop that sold movie memorabilia – classic memorabilia from the 1920s, 1930s, all the way up to the modern-day.”

In 1996, Knowles founded Ain’t It Cool News (AICN), a website dedicated to reviews, rumors, and news of the current and upcoming comic book, television, and film projects, with an emphasis on action, horror, fantasy, superhero, and science fiction genres.

Ain’t It Cool News received notoriety after Harry posted negative reviews from the preview screenings of the 1997 movie Batman & Robin.

On September 23, 2017, it was reported that Harry had allegedly sexually assaulted Jasmine Baker at official Alamo Drafthouse events in Austin, Texas.

”Harry Knowles groped me, opportunistically, on more than one occasion.”

Jasmine went on to say:

”I cannot just stay silent. I am not interested in remaining silent.”

In a different interview, Jasmine detailed:

”Twenty years ago, 18 years ago, women routinely were encouraged to just watch their own behavior.”

”The air in the room was more on the side of, ‘Well, you should watch what you do,’ not, ‘Don’t touch people without their consent. No means no.’”

Harry has denied the allegations. He wrote on Twitter:

”I was this person’s friend and confidant. I wish her nothing but the best. But untrue.”

“In light of today’s events, I have decided that I will no longer be writing for AICN.”

“Given the recent allegations against Harry Knowles of behavior impossible to defend, I can not, in good conscience, continue to contribute to the brand I helped build over the last 20 years.”

“Effective immediately, I am leaving Ain’t It Cool News.”

“Teaching my sister the ins and outs of AICN for take-over.”

“I feel she’s doing a great job, while I step away. Tomorrow she emails contacts.”

In September 2017, following allegations of sexual assault, Harry was removed from the Austin Film Critics Association, an organization of professional film critics from Austin.

On September 21, 2017, it was announced that Ain’t It Cool News had been dropped as a sponsor of Fantastic Fest.

From 1999 to 2016, Harry hosted an annual film marathon, named – Butt-Numb-a-Thon on the weekend closest to his birthday.

On April 4, 2008, he announced that he was diagnosed with type 2 diabetes mellitus.

In 2009, Knowles was portrayed by actor Ethan Suplee in the comedy film Fanboys.

READ MORE: Who is Magga Braco?

He has made guest appearances on the TV shows ”Politically Incorrect” and ”Siskel & Ebert & the Movies.”

Stallone answered many questions from fans on Ain’t It Cool News’ message boards while publicizing the release of The Expendables and Rocky Balboa.

He got the idea of ”Ain’t It Cool News” for his website from a quote from Travolta’s character in the film Broken Arrow.

Knowles earned most of his wealth from founding and managing his website – Ain’t It Cool News. At some point, it had annual revenue of $700,000 from ads only.

Currently, the AICN revenue is significantly lower. Therefore, Harry Knowles has an estimated net worth of $0.5 million.

READ THIS NEXT: Who is Robin McGraw’s husband?