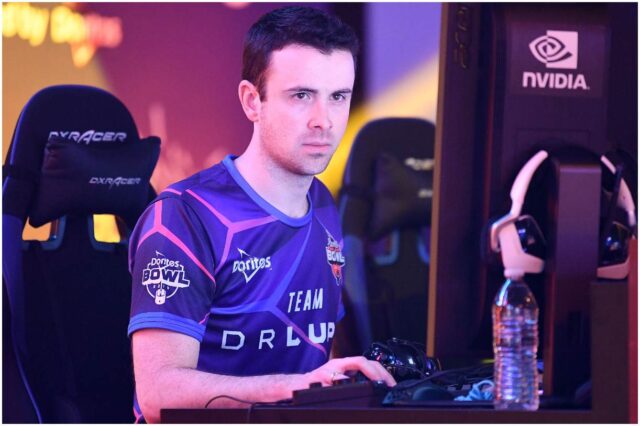 DrLupo (real name – Benjamin Lupo) is an American YouTuber and streamer who has over 4.4 million followers on Twitch.

TIME named him one of the most influential people on the Internet.

His father passed away in 2018; he was 68 and had worked as a professor of psychology for 40 years.

Benjamin worked as a systems engineer for a local insurance firm in Omaha.

In 2013, Lupo started to stream on Twitch. As of January 2021, Benjamin has more than 4.4 million followers on the platform.

He first started to play Diablo. Later, he was focused on Destiny (an online-only multiplayer first-person shooter video game published by Activision). Lupo played over 7,000 hours of Destiny.

However, Benjamin started to gain fame after he started to stream Fortnite.

For a while, besides streaming on Twitch, he still maintained his engineering job.

According to Business Insider, he plays video games on Twitch for about 80 hours a week.

In 2017, Lupo attended the TwitchCon event.

”Ben is an integral part of the Rogue brand and has been for some time now,” said Derek Nelson, the founder and CEO of Rogue. He added: ”Negotiations of his contract extension couldn’t have gone smoother.”

”Rogue encompasses professionalism at its finest in the esports industry,” Benjamin commented. He continued: ”The relationships that I’ve developed within Rogue feel like no other – the only word I can use to truly describe the feeling is ‘family.’”

He is a mentor in Team Rogue’s Junior Rogue program. Benjamin said that ”we want to give these kids a chance to grow as both players and entertainers.”

In October 2020, he streamed for the first-timed alongside Borat.

Benjamin started his YouTube channel on October 5, 2013. Lupo mostly uploads highlights from his Twitch streams. The channel has over 120 million views and over 1.75 million subscribers.

The couple has a son named Charlie. Benjamin is making Charlie play older video games. The streamer said that ”I want him to have an appreciation for the history of how I got to where I am now.”

In 2019, Benjamin raised over $3.5 million in his live-streams to support St. Jude Children’s Research Hospital. He said:

”I’m a normal guy who loves to play video games.”

”Because of this amazing community, that passion has grown into something much bigger than just gaming – we are helping save kids’ lives.”

Lupo said for Variety: ”Giving back has been a huge part of who I am on Twitch ever since I started streaming.”

He is best friends with Tyler ‘Ninja’ Blevins. They are frequently streaming together.

In May 2019, TimTheTatman, Benjamin, and Ninja debated whether Epic Games (the developer of Fortnite) should give them protection from stream snipers (aka to follow a person who is streaming). Ninja said: ”These guys won’t ever get banned either unless we go out of our way to tell Epic.”

Other famous Twitch streamers are – WoodysGamertag, Jschlatt, Swifty, and OMGitsfirefoxx.

Benjamin earned most of his wealth from streaming on Twitch. On the platform, subscribers bring the streamer the most money. Lupo has over 17,000 subs, meaning that Benjamin makes over $42,500 per month from subs alone.

Lupo received money from working for Rogue. When Benjamin signed a new deal with the gaming organization in 2019, he also received equity in ReKTGlobal.

In January 2019, Benjamin received sponsorship from State Farm, an insurance and financial giant. He said – ”being given the opportunity to work with State Farm is, without a doubt, huge.” From ads on YouTube, Lupo earned about $300,000. Therefore, Twitch streamer DrLupo has an estimated net worth of $2.5 million.

READ THIS NEXT: Who is Tommie Lee?