TimTheTatman (real name – Timothy John Betar) is an American YouTuber and Twitch streamer who is best known for his Counter-Strike gameplay videos as well as for being in Fortnite compilations.

He describes his followers as the ”tatmanarmy.”

His mother was an alcoholic, and she died when Tim was 15 years old.

Tim started streaming on Twitch in 2012 when he was in college. He played the following games:

“The real reason that I love streaming is that I get to meet and talk to some many unique and different people.”

However, his Twitch channel found its most success after switching over to Fortnite in April 2018. He explained:

Tim went on to say:

”That being said, I also was super into World of Warcraft between 15 and 21, and I know I’ll be playing Legion.”

He signed an exclusive deal with Twitch in December 2019.

Betar started his YouTube channel in 2013. The channel has over 2.83 million subscribers and more than 436 million views.

In the past, Tim had collaborated with other major YouTubers and Twitch streamers, including:

Betar is popular on Instagram, where he has more than 3.3 million followers.

TimTheTatman got married to his wife Alexis in August 2016. The two met during high school.

The couple welcomed their son Brewer in April 2019.

Tim has four tattoos, 2 sleeves, right thigh, and on the chest.

On October 23, 2019, he shared his weight loss progress on Twitter, saying that he has lost 45 pounds. He wrote:

”I’m just doing 1,500 calories per day and not working out at the moment.”

His favorite musician is Waka Flocka, an American rapper who released his debut studio album in 2010. The same year, the rapper was shot two times after a robbery attempt.

On December 9, 2018, the Gamers’ Choice Award was named Betar entertainer of the year.

In 2018, he teamed up with several streamers to raise money for St. Jude’s Children’s Research Hospital. Betar raised more than $106,000 in 4 hours.

He was hacked a couple of times.

He has two dogs, named Mesa and Tank.

When asked about what was the first video game he ever played, Betar responded:

His streaming sidekick is Kevin, a stuffed penguin.

His favorite gamer is Summit1G, a retired competitive CS: GO player who was a top followed streamer on Twitch from January 2018 to March 2018.

Tim is a very religious man who takes Sundays off so he can go to church.

During Super Bowl LIII, Ninja and Tim were on set for the NFL 100 commercial.

Betar earned most of his wealth from ads on his YouTube channel, where he has over 436 million views (about $1.5 million in revenue before taxes) and streaming on Twitch.

On Twitch, streamers can make money from ads, sponsors, donations from fans, and subscriptions. Currently, Tim has over 5.9 million followers and more than 27,000 subscribers, meaning $67,500 in revenue per month from subs. Timothy inked an exclusive deal with Twitch in 2019.

In addition, he has several sponsors, like the Japanese company Audio-Technica Corporation, Monster Energy, NZXT, and Razer.

Tim also makes money from selling merch on his website – designbyhumans.com/shop/TimTheTatman/. Therefore, Twitch streamer TimTheTatman has an estimated net worth of $8.5 million.

READ THIS NEXT: Who is Brendan Eich? 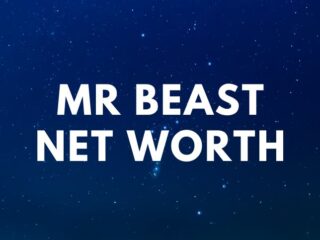 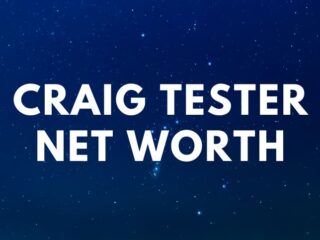