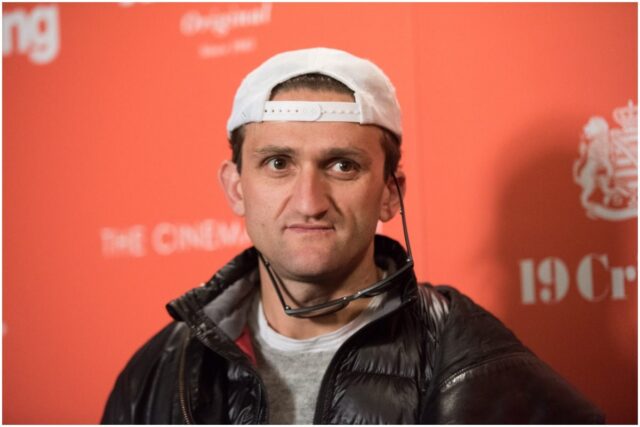 Casey Neistat is an American filmmaker and YouTuber who garnered more than 12.4 million subscribers on his YouTube channel.

His grandmother was one of the Radio City Music Hall’s Rockettes during WWII.

In 2008, HBO purchased an 8-episode TV series, ”The Neistat Brothers,” which he made along with his brother.

”When I left HBO to be a YouTuber, it felt like such a stigma,” Neistat told IndieWire. He added: ”It was such a lame thing… but then I had this realization that I don’t know of a more noble, a bigger deal as a filmmaker than to be a YouTube filmmaker.”

Evan Puschak said that Casey brings ”a decade of videographic experience to a subgenre that prizes amateur craft.”

One of Casey’s most popular videos is titled – ”Make It Count.” It was sponsored by Nike. For producing the video, Neistat took the entire production budget and traveled the world for 10 days.

”Make It Count was a movie I’d wanted to make my whole life; pure recklessness, in every capacity, told in 4 minutes,” Neistat wrote on Medium. ”I went way off script and took a big risk in making something that I wanted but would’ve been impossible to pitch, that something transformative was created.”

In 2012, Neistat received the John Cassavetes Award at the Independent Spirit Awards.

In 2016, Casey won a Streamy Award for Best First-Person Series.

On July 17, 2015, Neistat, along with Matt Hackett, developed ”Beme,” a video sharing app where users could share live videos about their experiences by holding a phone to their chest.

In late 2017, Casey and Hackett announced that they were leaving ”Beme.” They also said that ”Beme” would be brought into CNN Digital Studios.

”I feel like I’m graduating from high school or something, and I might not see my high school friends again, but working with everybody at Beme and everybody at CNN has been one of the great pleasures of my career,” Casey said of his departure.

In April 2018, he announced 368 (in collaboration with Patreon CEO Jack Conte), a new venture that will function as some sort of WeWork space for creators. ”We know what we want to do,” Casey said. ”Now, we have to figure out how.”

Their wedding was kept on the beach in Cape Town, South Africa.

Casey proposed to Candice on a bridge in Amsterdam. ”He got down on one knee, and I said, ‘What are you doing? You’re going to get your pants wet!’ The rest was a blur,” Candice said for Vogue.

”Most of the brand’s direction comes from my personal voice and decision-making style, which often goes against norms,” Pool said.

Some of her clients include Taylor Swift, Karlie Kloss, and Naomi Watts.

Casey also has a son named Owen with his then-girlfriend Robin.

”The biggest risk is to take no risk at all.”

”The best camera for the 60-second commercial was the one that would yield the highest quality image.”

”I am an all or nothing kind of guy.”

”I never want money that I didn’t earn.”

”You either act on ideas or you set them free. You don’t dwell on ideas.”

”Persistence and endurance will make you omnipotent.”

Neistat earned most of his wealth from producing videos for many companies. He worked with Mercedes-Benz, J.Crew, Finn Jewelry, Google, Nike, and Samsung.

His vlogs have a very unique style and are watched by his devoted fan base of 12 million+ subscribers.

At the time of writing, Neistat’s YouTube channel has over 3 billion views. Even if Neistat tweeted in 2014 that he doesn’t monetize his videos, currently, some videos have ads.

In addition, he is the co-founder of Beme, the now-defunct mobile app that was acquired by CNN for $25 million.

Neistat and his brother also had a series of their videos picked up by HBO.

Therefore, American YouTube personality Casey Neistat has an estimated net worth of $17 million.

READ THIS NEXT: Who is Louis Rossmann?