Michael Voltaggio is an American chef and television personality.

He is most known for winning the sixth season of Top Chef.

Top Chef judge Tom Colicchio has praised Voltaggio, saying that “Out of all the cooks that have come through the show, Michael is the most talented.”

Growing up, Voltaggio and his siblings moved between their parents’ homes, as his mother and father shared custody.

He and his siblings lived with their mother, Sharon, mostly until she went through her second divorce.

Michael and his brother Bryan Voltaggio then moved to Jefferson, Maryland, to live with their father. 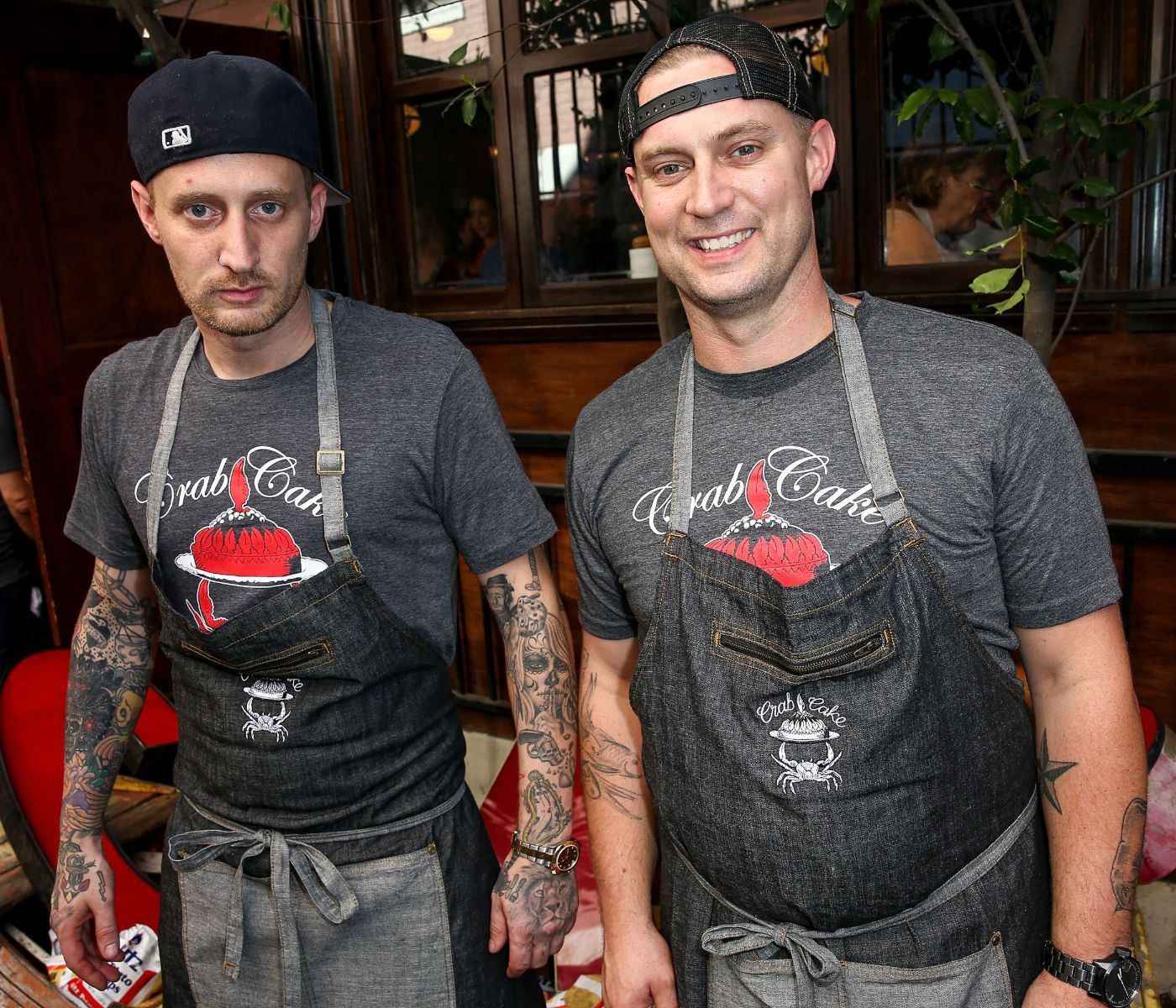 Due to the nature of his job, Bryan and Michael spent a lot of time unattended.

Their teenage years were wild and fraught with partying.

The brothers formed an inseparable bond.

“When I was 16, I was riding in a car with him. When Bryan became 21, I used his ID to go to the same bars as him,” Michael shared about his close bond with his brother.

Their father had to work 2 jobs to support them, as a state trooper during the day and a security guard at night.

The two boys were often left to run amuck, and Michael got into a lot of trouble during his teenage years for dealing drugs and other crimes.

It was his bond with his brother that stopped him from spiraling into a life of crime.

Bryan Voltaggio was aware his parents were strapped for cash and needed to find a career path that would support himself and his brother.

Bryan decided to attend culinary school. Michaels’ admiration for his older brother inspired him to do the same. 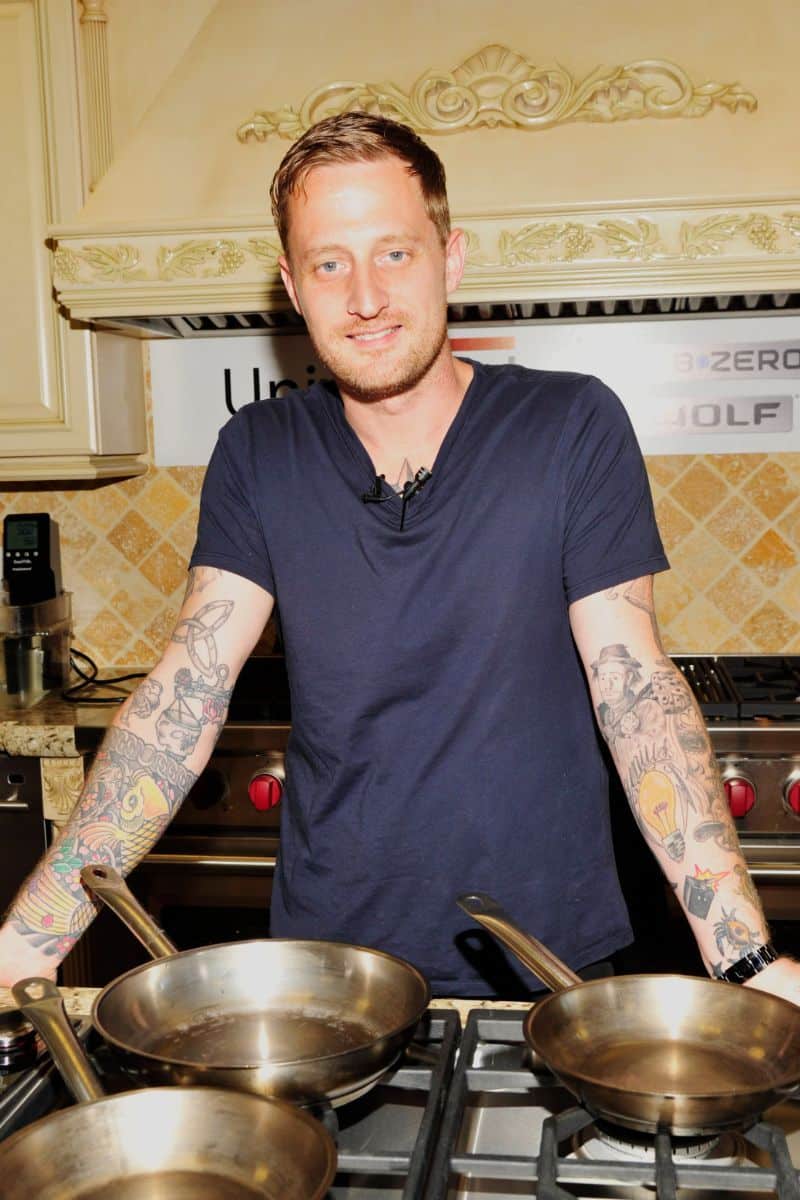 Michael went straight into an apprenticeship to start his career.

He got into the prestigious culinary apprenticeship program at The Greenbrier school.

He finished his training debt-free when he was 21.

His debt-free status afforded him many opportunities, unlike his brother, who had to repay his student loans and took any work he could get.

Michael was able to follow his teacher Peter Timmins to Naples, Florida, to work at the Ritz Carlton Hotel.

In 2008, Voltaggio worked as the Chef de Cuisine at The Bazaar. 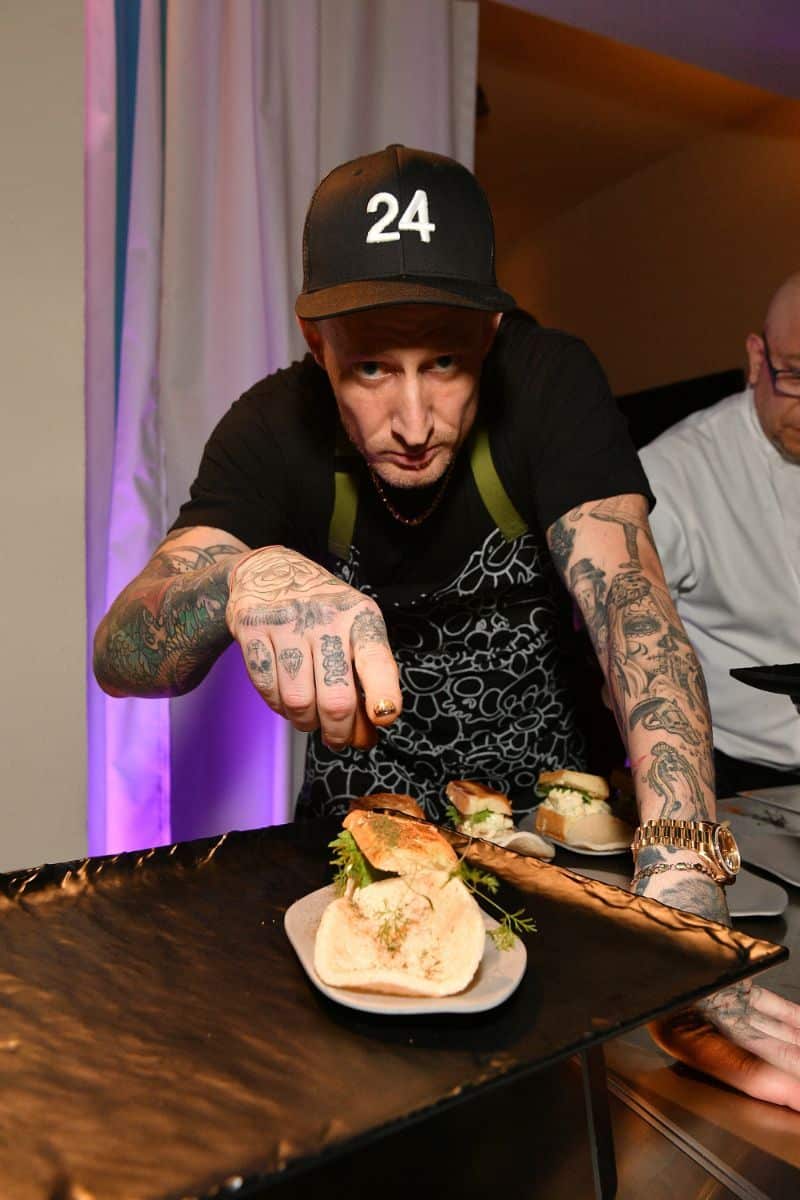 The restaurant was nominated for Best New Restaurant during his tenure there.

Following this, he worked at The Dining Room, in the Langham Huntington Hotel & Spa in Pasadena.

The restaurant received many accolades during Voltaggio’s time as Chef de Cuisine, including a Michelin Star, the Mobil Five Star Award, and the AAA Five Star Award.

He left The Dining Room in 2010 and opened his super successful restaurant ‘Ink’ in September 2011.

Voltaggio’s dream with the restaurant was to create modern Los Angeles cuisine, and he was named GQ Magazine Best New Restaurant in 2012.

He opened his second restaurant, a smaller restaurant, with no publicity in August 2012. ‘ink.sack’ was also super successful and critically acclaimed.

As of 2018, both of these restaurants have closed. 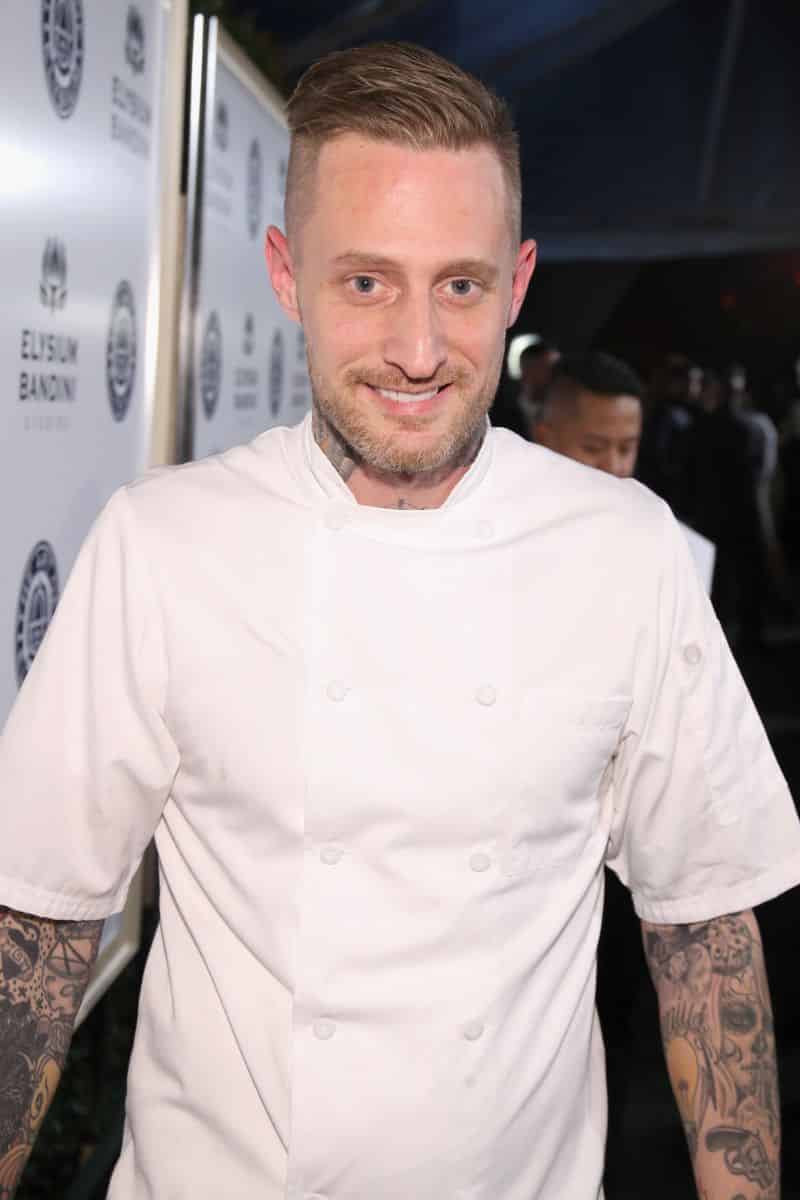 Michael appeared on Top Chef for its sixth season, in 2009.

He and his brother Bryan Voltaggio made it to the finals, with Michael taking home the win. He was acclaimed on this show by the judges due to his creativity and technical abilities. His sous chef, Mei Lin, later won the twelfth season of the show.

Bryan and Michael Voltaggio now own a fish sandwich shop, STRFSH. Started in 2017, it is a casual dining store in Santa Monica.

Voltaggio has also made numerous television appearances. He played himself in Lucifer season 5 and has judged and competed on Guy’s Grocery Games.

READ MORE: What is the net worth of Jacob Wheeler?

She lives in West Virginia with the couple’s two daughters.

He and Kerri Adams are divorced.

Voltaggio was in a relationship with Sami Miro, who is an entrepreneur and fashion designer. The pair got together in 2019.

Voltaggio is currently in a relationship with model Bria Vinaite, a Lithuanian-born American actress. 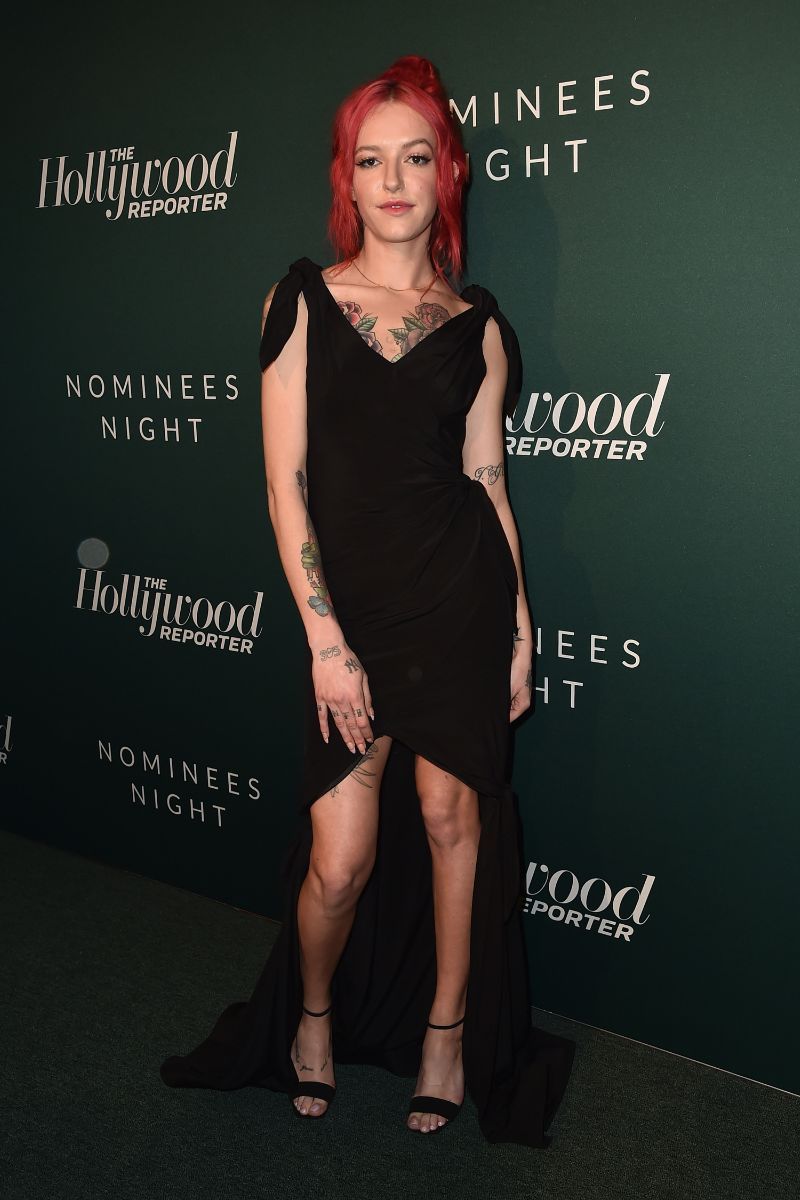 The pair got together soon after his split from Miro.

“You make the world a better place,” Bria wrote on her Instagram in September 2022. 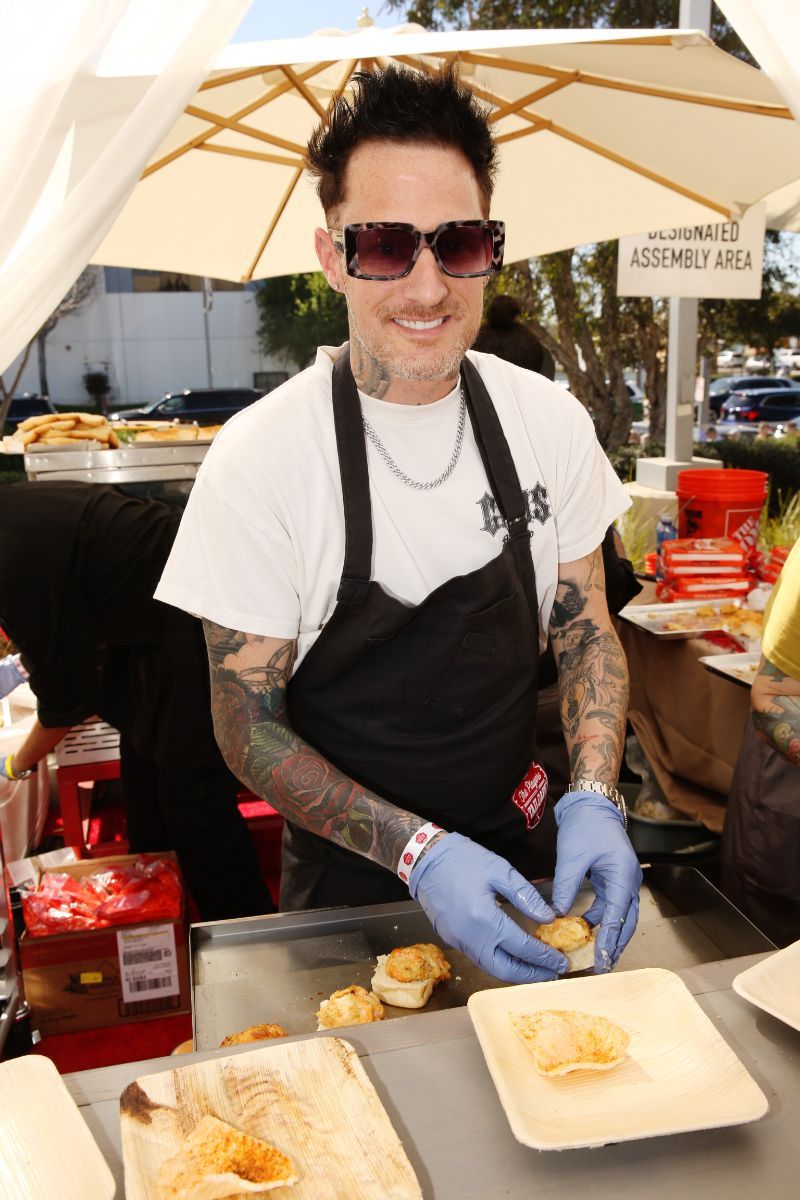 Michael has two siblings. He is very close with his elder brother, Bryan Voltaggio.

The pair grew up together and Bryan inspired him to become a chef. Michael Voltaggio beat his brother in the finals on the sixth season of Top Chef.

Michael Voltaggio has two daughters that he shares with ex-wife Kerri Adams. Their names are Olivia and Sophia.

Voltaggio earned most of his wealth from managing the restaurant that he shares with his brother.

Michael has also made a lot of money from his previous restaurants and his high-paying Chef de Cuisine roles. He earns income from his television appearances and social media.

Therefore, American celebrity chef Michael Voltaggio has an estimated net worth of $1.5 million.

READ THIS NEXT: Who is Donald Dougher?