What is Mitch Green’s net worth?

Mitch Green, known by many as “Blood,” is a former professional boxer.

He fought in the heavyweight division and was an active boxer from 1980 to 2005.

Green is best known for fighting a full bout with Mike Tyson on May 20, 1986. At the time of the match, Mike Tyson was undefeated.

Green grew up in the Bronx neighborhood of New York City and attended the DeWitt Clinton High School.

By the time Green was seventeen years old, he had already been shot twice.

The first time he was shot, the bullet entered his right wrist but failed to do any significant damage.

He was back in the ring and fighting again in just a few weeks.

The second shooting left him with a scar on the right side of his head.

Green started his career as an amateur boxer in New York.

By the time he was nineteen, he had won the New York Golden Gloves boxing tournament.

By 1979, the U.S. Amateur Boxer and Coaches Association ranked Green as the #5 amateur heavyweight.

In 1980, Green signed a contract with Shelly Finkel after meeting him at the 1979 New York Golden Gloves tournament.

After working together for a year, Green and Finkel dissolved their relationship after a disagreement about money.

He was then managed and promoted by Carl King.

Green won his first sixteen fights and remained undefeated until his fight with Trevor Berbick for the United States Boxing Association title in 1985.

“New York Is Busting Out” 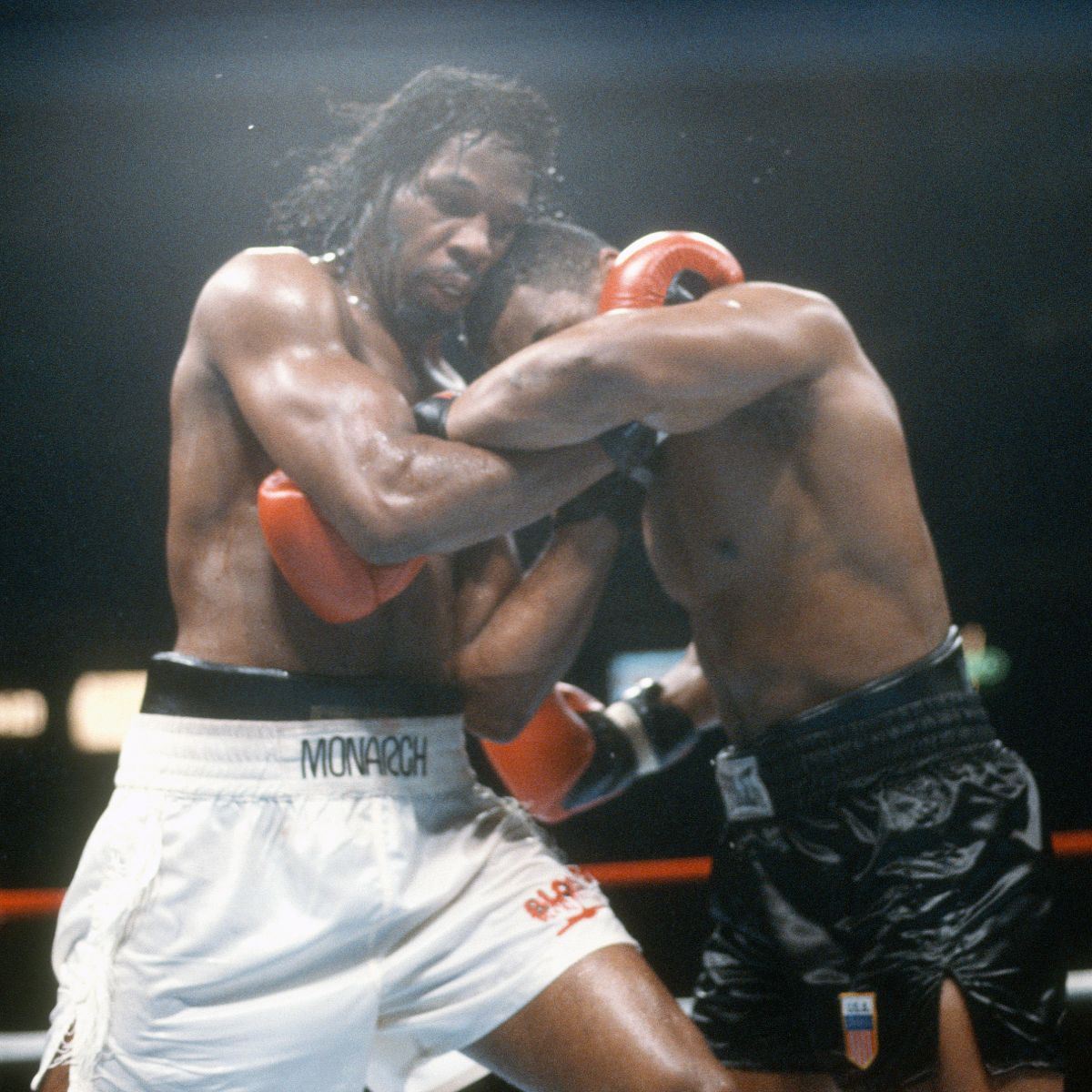 At the time, Green was ranked seventh on the WBC heavyweight standings, while Tyson was ranked behind him as eighth.

Before the fight, Mitch threatened to pull out due to the huge payment discrepancy between contenders.

Green also demanded to be released from his contract with Carl King and Don King.

When asked about his contract, Green stated, “I have no manager to negotiate for me. I’ve got Don King’s son as manager. Whatever Don King decides to give me is all right with my manager. And whatever they give me, I have to take it. It’s why I don’t fight that much.”

Once Green was reminded that the WBC heavyweight title was on the line, Green proceeded with the fight.

His payment was not increased for the fight.

Although Tyson was not able to score a knockdown, Green’s lack of offensive moves caused him to lose the fight.

A week after the fight, Carl King released Green from his contract. 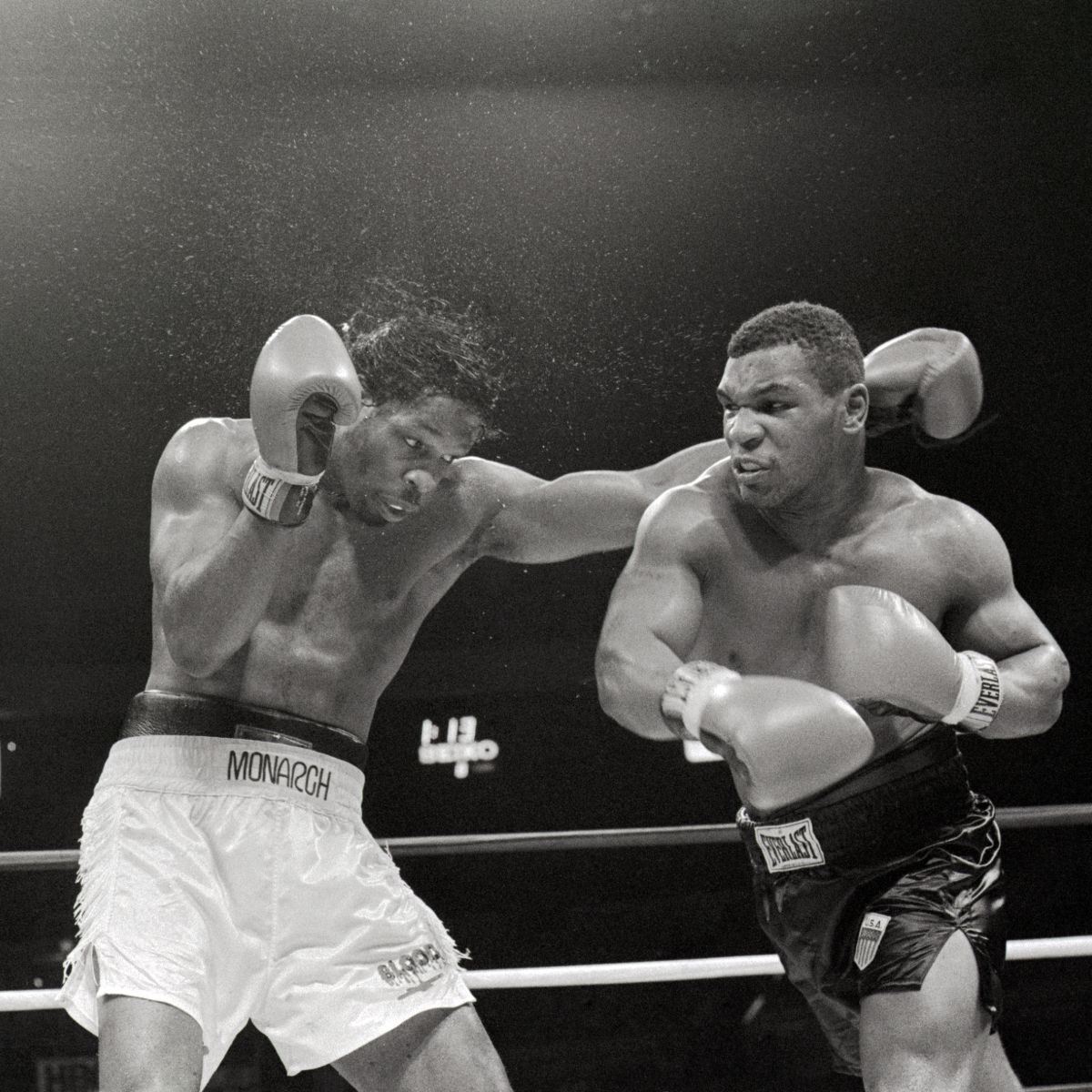 In December of 1986, Green was scheduled to fight James “Bonecrusher” Smith before Tim Witherspoon and Tony Tubb’s fight for the heavyweight title.

Soon after, Tubbs claimed that he had an injury and dropped out of his scheduled fight.

This led to Bonecrusher stepping in and taking Tubbs’ place.

Bonecrusher won the title, bypassing his fight with Green.

Two years later, in August of 1988, Green found Tyson at a clothing store in Harlem and demanded a rematch.

The pair engaged in a scuffle, where Tyson punched Green in the face, resulting in a closed eye and nose stitches.

After the fight, Tyson had to postpone his fight with Frank Bruno due to a broken hand.

After the scuffle in Harlem, Green sued Mike Tyson for $25 million.

He was rewarded only $45,000 in damages in a lawsuit he filed against Tyson.

The settlement was not enough to cover his legal fees.

READ MORE: What is the net worth of John Brzenk?

After the Street Fight

Green refused to fight until his 1993 match against Bruce Johnson.

During the fight, Green exhibited strange behavior and refused to punch his opponent.

He cited complaints against his new manager as the reason for his peculiar behavior.

After continuing to fight with the referee during the match, the match was eventually stopped during the third round.

Green continued to come out of retirement occasionally to fight through the 1990s.

In 1994, he fought for the New York State heavyweight title against Melvin Foster.

He competed for the same title again in 1998 against Brian Nix.

Green later fought Mike Dixon and won. However, his win was ruled ‘no contest’ after he failed a drug test for marijuana.

In March of 2002, Green won the World Boxing Empire Super-Heavyweight title against Danny Wofford in a twelve-round decision.

In 2005, Green was proclaimed the Universal Boxing Heavyweight Champion.

His last fight was a few months later against Billy Mitchem.

The fight was a fourth-round knockout.

Green did not defend his last winning titles.

Former professional boxer Mitch Green has an estimated net worth of $200,000.

In a 2005 interview with ESPN, Green stated that he was completely broke and selling his autographs for $5 a piece.

During the interview, he told reporter Tim Graham that all his bills were being paid by benefactors.

Where is he now?

In 2014, a video of Mitch Green surfaced via the Market Street Mission in New Jersey.

In the video, Green states that he is now a chaplain with the United Chaplains and a marriage specialist.

He states that he is married and involved in new debt accounting.

He states that he is no longer an alcoholic or drug addict and that he is a happy man and looking forward to his future.

READ THIS NEXT: Who is Christy Martin?