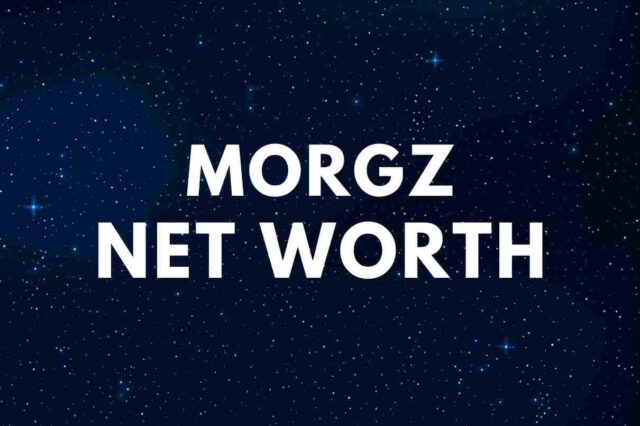 Morgz is a British YouTube personality known for his FIFA content—from commentary to gameplay to event discussions.

He’s also known for using clickbait titles to attract attention and for relying on trickery to gain views and impressions.

So is the young Brit a savvy entrepreneur who knows how to milk social media for cash—or is he a genuine entertainer with longevity in the industry?

Here’s what we know, so you can make up your own mind.

Morgan Hudson—known to the social media world as Morgz—was born on August 6, 2001, in Sheffield, England.

Morgz has a dog named Bruno, and dated a social media influencer named Kiera Bridget for just over a year.

The pair broke up in mid-2019, and Morgz moved on to Tamzin Taber.

Tamzin, who has more than 4 million followers on the video streaming behemoth TikTok, is also popular on Instagram.

She was born in London, England, on March 8, 2000—making her slightly older than her entertainer boyfriend.

Tamzin has two brothers—Euan and Finley. Euan has starred on her YouTube channel.

His videos—mainly trending challenges, sketches, pranks against his family, friends, and girlfriend—appeal to a very young audience because of his overtly loud and over the top delivery.

FIFA was the driving force behind Morgz early success, with FIFA game commentary and walkthroughs earning him a major following before he moved on to pranking and vlogging.

Morgan started posting videos to YouTube in 2014 when he was 13 years old. His first video was based around the huge demand for Minecraft gameplay, and was named ‘Minecraft faction base speed build and tour’.

From there he moved on to Call of Duty and FIFA.

His channel—which changed names several times—grew slowly, with less than 1,000 subscribers for many years.

He worked consistently on his channel, posting more gaming content and moving into the trending challenges that helped garner more views for newbie channels.

The Heat Is On

As Morgz popularity grew, so too did his need to attract bigger view counts and more attention.

One of his videos, originally titled ‘My mum had sex with me when I was 12’ kickstarted some significant backlash against the young YouTuber.

He backtracked, changing the name of the video, but for many viewers, it was too late.

Now on the radar for posting clickbait titles to chase cheap views, and for posting inappropriate content to his largely underage audience, Morgz didn’t learn his lesson.

He was accused of promoting adult themes to minors when he titled a video ‘1 KILL = REMOVE 1 CLOTHING w/GIRLFRIEND!’

The controversy was largely ignored by MrBeast, who acknowledged that “imitation is the sincerest form of flattery.” MrBeast’s fans weren’t quite so forgiving.

Most recently, he copped more criticism at the end of 2020 for another clickbait title—this time faking a breakup with his girlfriend.

The video keeps up the fake storyline for more than 15 minutes, farming attention from viewers before the pair admit they aren’t really breaking up.

His reputation for click-baiting his audience and copying bigger YouTubers—and making money from his actions—have had an impact on his channel. Since early 2019, his video views and subscriber count have consistently dropped.

READ MORE: Who is olofmeister’s girlfriend?

Getting His Mom In On The Action

Where most parents would be furious if their child was using clickbait titles to paint them as sexual predators—as Morgz did with an early video—his mom was more than happy to be included in his over-the-top, overacted content.

In fact, she even started her own channel. MorgzMum focuses on pranking her son in front of 3.48 million of his fans.

In her drive for more views and more attention, she has done pranks where she sells his belongings, deletes his channel or social media accounts, advertises mobile games, and sleeps in his room without him knowing.

Hudson earned most of his wealth from selling merch on morgz.co and ads on his YouTube channel.

On YouTube, Morgan has over 3 billion views (both channels), meaning about $9 million in revenue pretax.

Therefore, YouTube personality Morgz has an estimated net worth of $6 million.

Want an idea of the content Morgz produces? Watch him clickbait his own subscribers and fake a breakup with girlfriend Tamzin here.

READ THIS NEXT: Who is Ryan Trahan?