What is Nancy Silverton’s net worth?

Nancy Silverton is an American chef and author, who is best known for winning the James Beard Foundation’s Outstanding Chef Award in 2014.

Her father was a lawyer, while her mother wrote for the soap opera “General Hospital.” During a recent interview, Nancy recalled:

”Moms cooked and everyone ate dinner together. When we went out, it was a special occasion.”

Silverton first realized her calling for preparing food when she was a student at Sonoma State University, cooking vegetarian dishes for her dorm mates. She said:

”I found my calling in my first year in college, cooking in the college dormitory.”

Nancy went on to say: 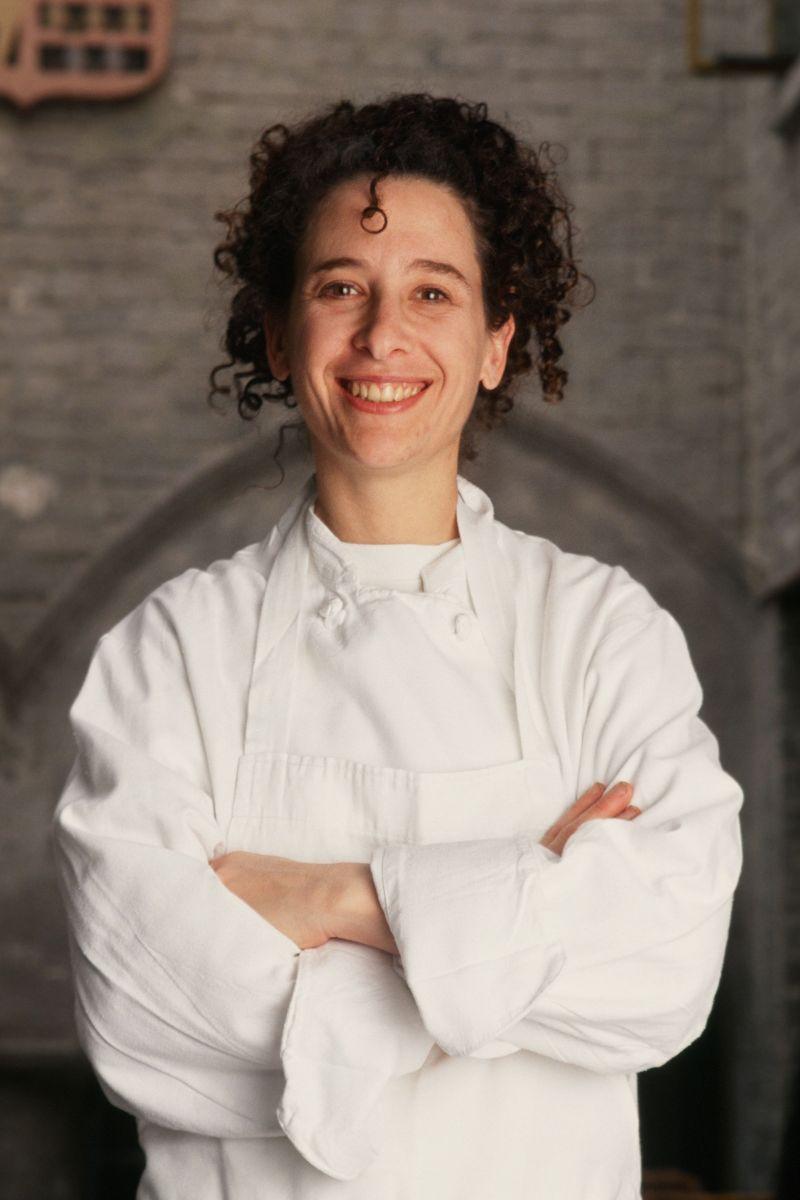 ”It was a moment I’ll never forget because it actually was an epiphany.”

She dropped out of Sonoma State University in her senior year. Later, she started to train formally as a chef at Le Cordon Bleu in London.

In 1982, Silverton was hired at one of the restaurants owned by Wolfgang Puck, an Austrian chef who became a celebrity favorite at restaurant Spago.

In June of 1989, she opened the restaurant Campanile with partners Manfred Krankl and Mark Peel. She said:

“People ask me what it was like, starting a business like Campanile and La Brea Bakery with small children and a newborn soon after that and a husband.” 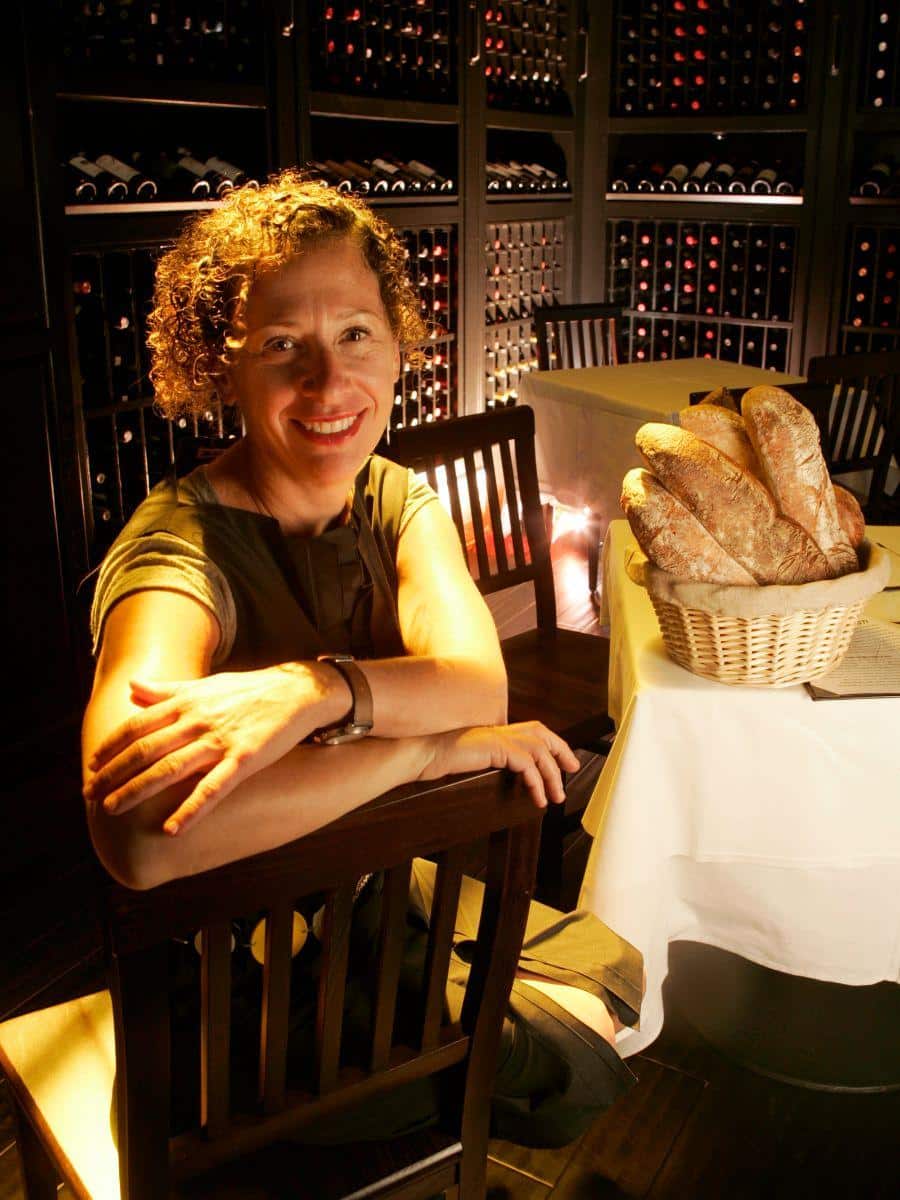 “You just do it because you are immersed in it and don’t stop to overthink it.”

In 1990, Silverton received the Best Pastry Chef of the Year award from the James Beard Foundation. In the same year, she was named one of Food and Wine Magazine’s “Best New Chefs.”

In 2004, she partnered with Joseph Bastianich and chef Mario Batali to open an Italian restaurant, named – ”Osteria Mozza.”

In 2014, Nancy was listed as one of the Most Innovative Women in Food and Drink by Food and Wine Magazine. Later that year, Silverton received the highest honor given by the James Beard Foundation for “Outstanding Chef.”

During an interview with the LA Times, she said:

”I’m not thinking I am the greatest chef of the year, because you can’t measure that.”

”You can measure an Olympic gold medal by certain standards, but something like this, you can’t.”

In June 2015, she launched a luxury line of sorbetto and gelato. The company’s production facility is located in a foot warehouse in the Arts District of Downtown, LA. 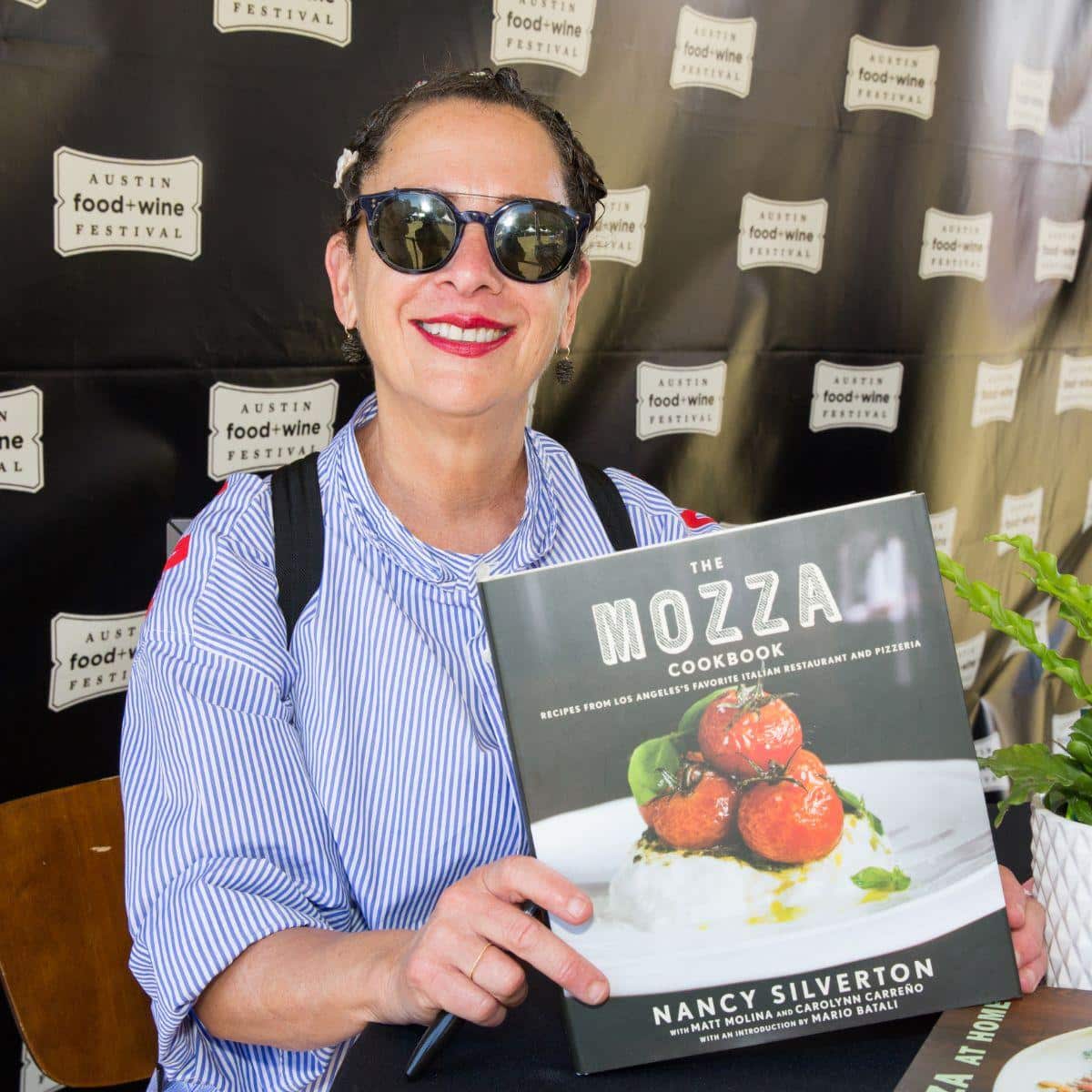 In 1986, she published her first book, titled – ”Desserts by Nancy Silverton.”

In 1996, Nancy released her second book, named – ”Nancy Silverton’s Breads from the La Brea Bakery: Recipes for the Connoisseur.”

On September 23, 1997, Nancy and Mark Peel authored a book named – ”The Food of Campanile: Recipes from the Famed Los Angeles Restaurant: A Cookbook.” 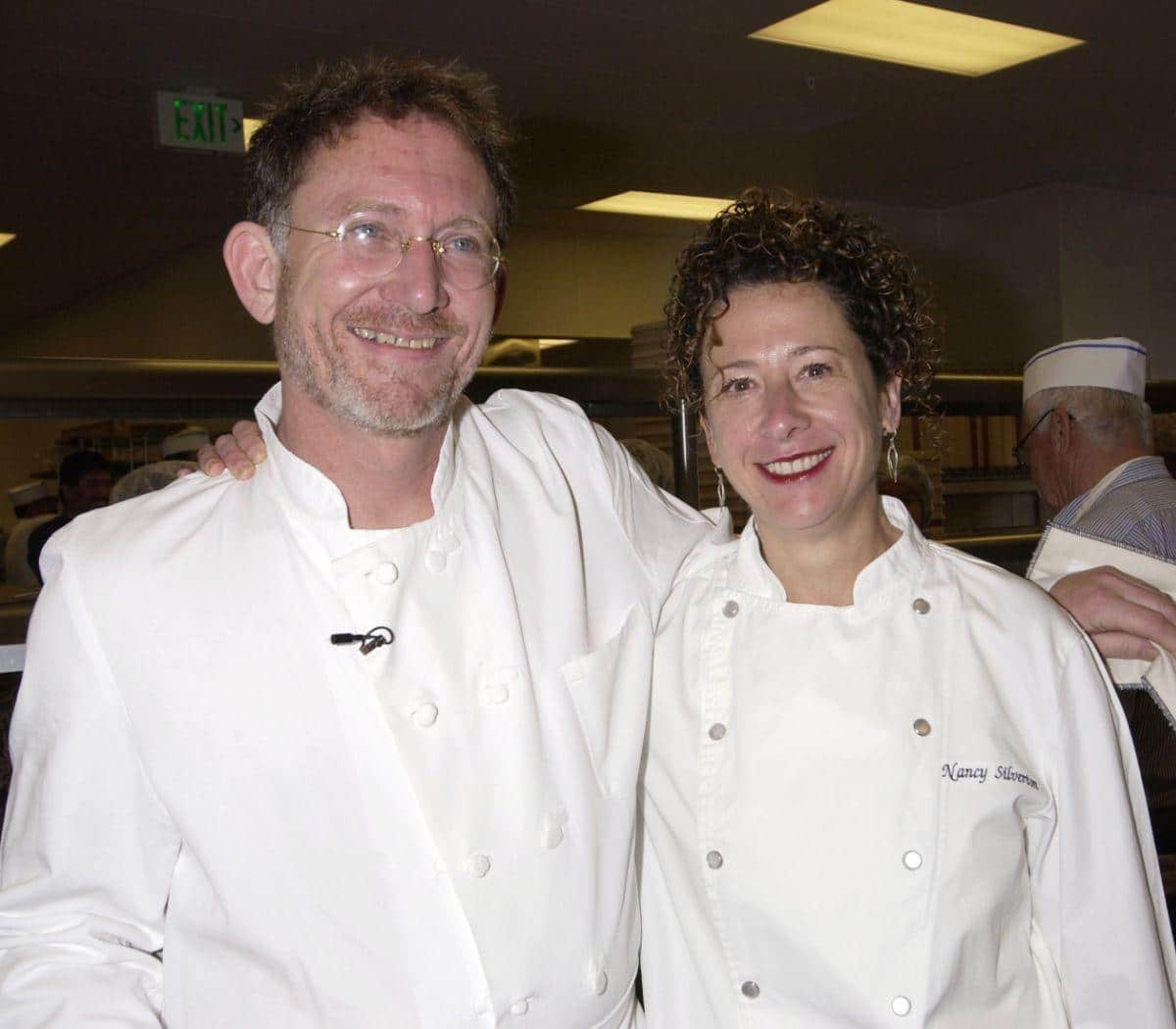 Mark Peel passed away on June 20, 2021, nine days after he was diagnosed with an aggressive form of cancer.

The two have three children – Oliver, Benjamin, and Vanessa. She once said:

”I am the mother to dozens of needy – and very curious – children who are creative and eager to show off their skills.” 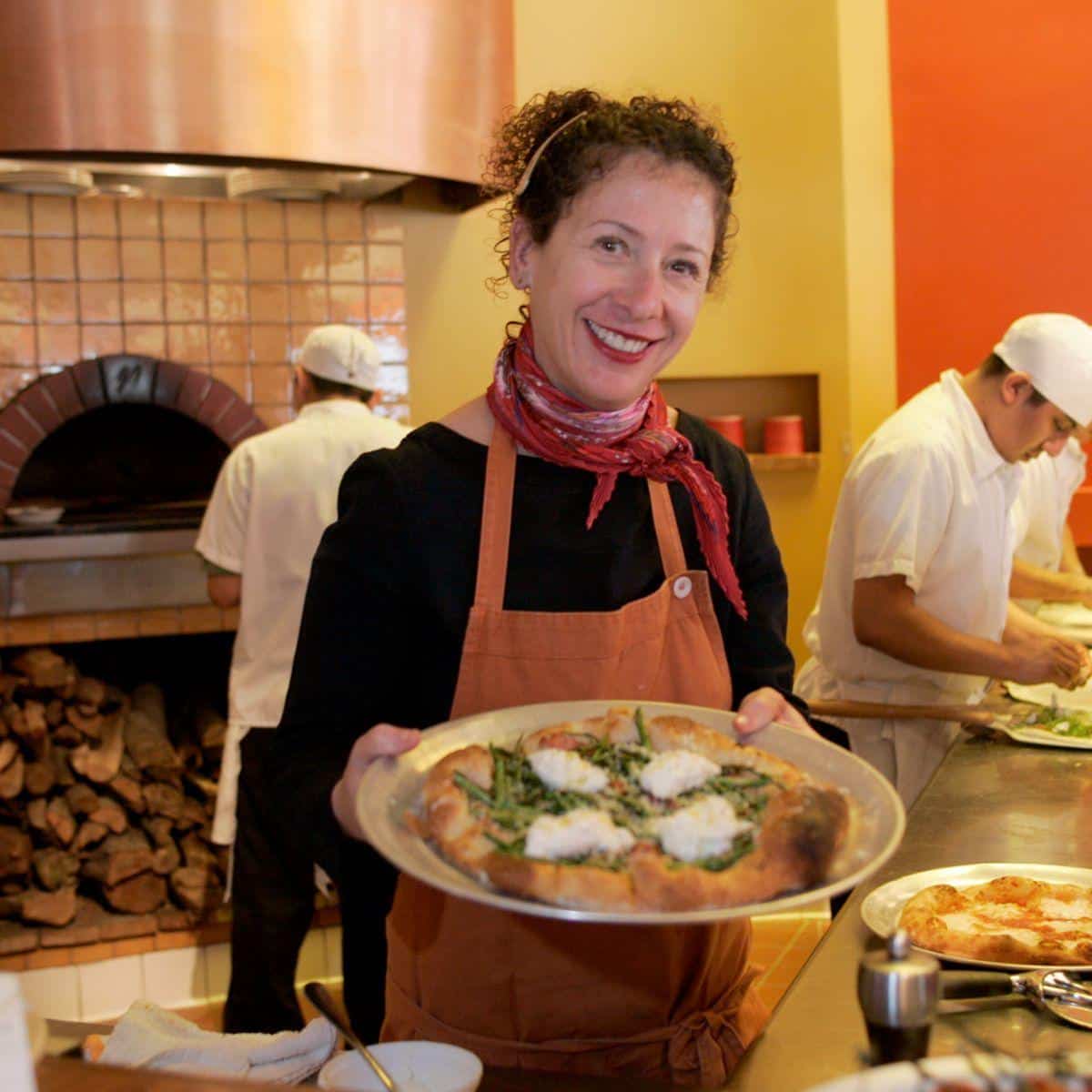 ”I’ve never been there [Turkey], and I really want to go because I know I would love the cuisine.”

”To make a lot of money in the bread business is to just, you know, churn those loaves out.” (source)

”The best pizza I’ve ever had was in Italy at Pepe in Grani, located in the city of Caiazzo.”

”I’m so stimulated by the people I work with at my restaurants.”

”The farmer’s markets in Santa Monica and Hollywood are terrific year-round.”

”I like to get my hands dirty. I’ve got a small little empire.”

”I recognized my calling at such an early stage. I still remember that day.”

”Sometimes you have an idea so huge you have to build an entire restaurant around it.”

Following the sexual allegations, Mario sold all his restaurant holdings.

After the sexual accusations appeared in the media, Silverton declared to Eater:

”It is a sad day in the restaurant industry. Mario has been a mentor, partner, and friend.”

Her favorite salad dressing consists of:

She is active in fundraising for numerous charities.

When asked by the James Beard Foundation about what item from the Pizzeria Mozza menu she is most proud of, Nancy responded:

”I’d have to say our pizza dough, the quality of the crust. It’s the heart and soul of our pizzeria, and what I believe sets us apart.”

At the start of 2019, she was named Culinary Ambassador of the new Farmhouse food in Ojai. 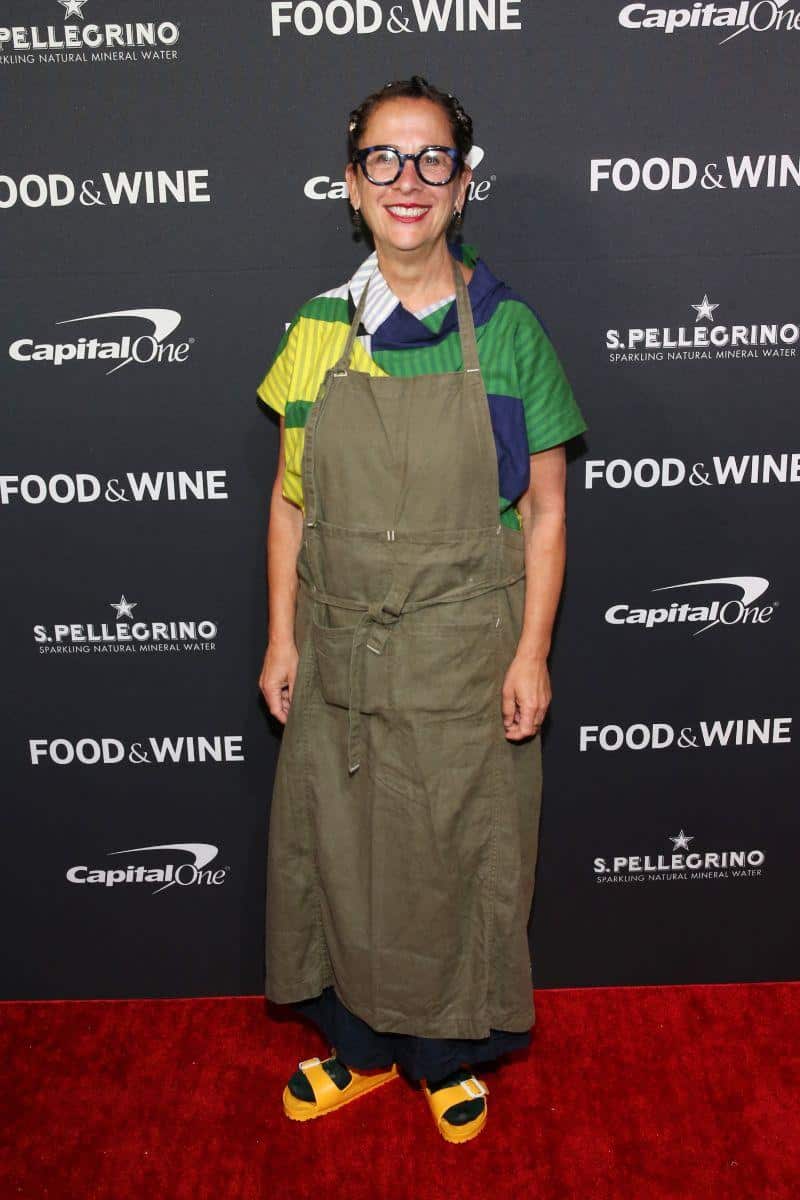 Silverton earned most of her wealth from working as a chef and co-owning several restaurants. For instance, Nancy founded the world-renowned Campanile Restaurant and La Brea Bakery.

She is also the co-owner of Pizzeria and Osteria Mozza as well as Mozza2Go.

In 2001, she and her partners sold La Brea Bakery. Her share war for over $5 million. She invested most of the money into Bernard L. Madoff Investment Securities.

Later, Silverton opened several restaurants as well as a luxury line of sorbetto and gelato.

Nancy is the author and co-author of several books that sell pretty well, especially on Amazon, including – The Mozza Cookbook and Chi Spacca.

Therefore, American chef Nancy Silverton has an estimated net worth of $2 million.