He was born on April 14, 1936, in NYC, New York, USA, as the youngest child of Maria Giovanna and Vincenzo Serpico, two Italian emigrants from Marigliano.

He once said about his father: 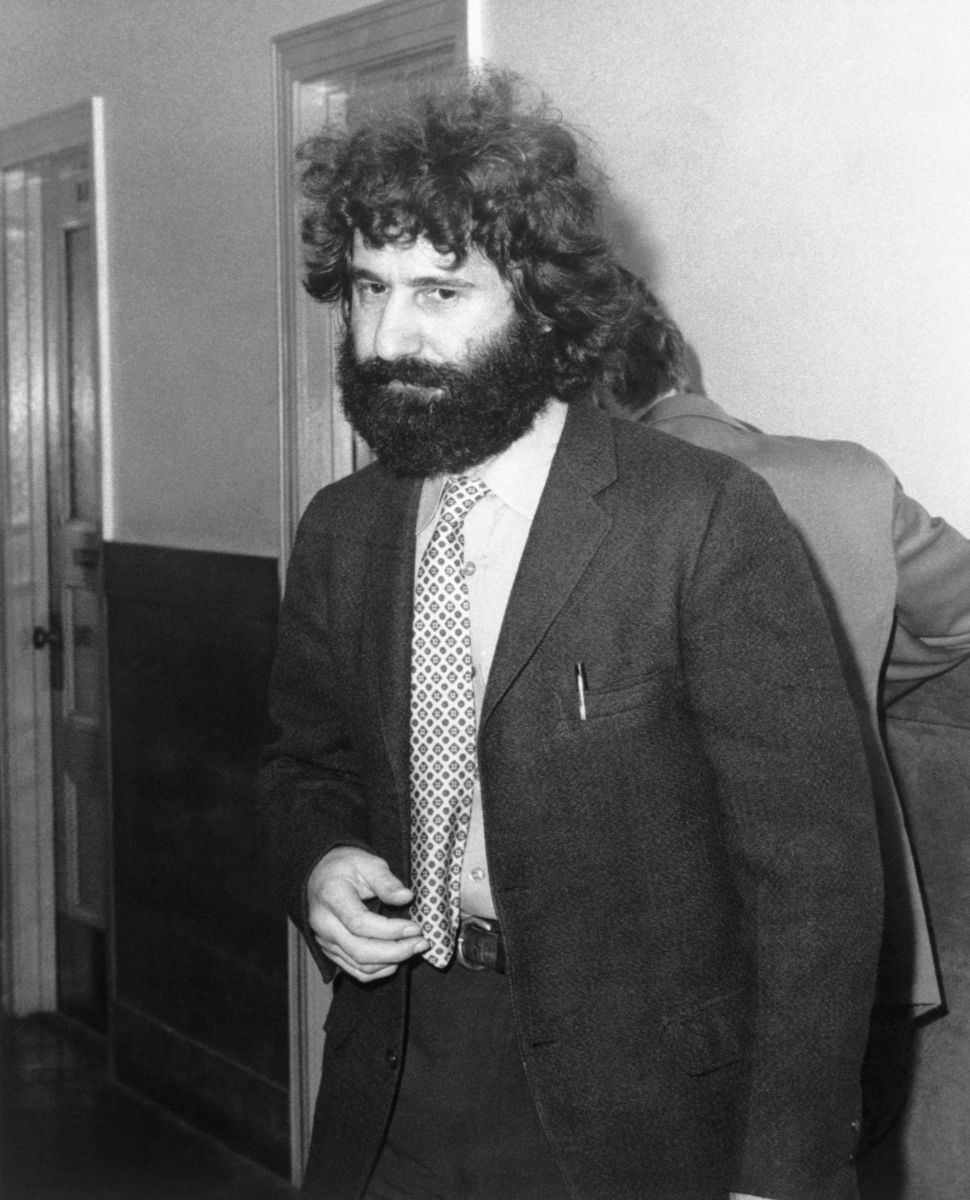 Serpico enlisted in the Army at age 17.

He served two years in Korea.

While studying at Brooklyn College, Frank worked as a youth counselor and a private investigator.

Later, he worked for two years for the Bureau of Criminal Identification. Then, Serpico worked undercover to expose vice racketeering.

On February 3, 1971, Frank was shot in the face while attempting to arrest heroin dealers at 778 Driggs Avenue in Brooklyn. After he was shot, Serpico laid on the floor and heard mystic voices calling his name.

During an interview, Serpico said:

“I had gone through a near-death experience, and that gives you an insight into how fleeting life is, and what’s important.”

His colleagues refused to make a dispatch to police headquarters, indicating that a police officer has been shot (“10-13”). Luckily, an old man in the building sent for an ambulance. 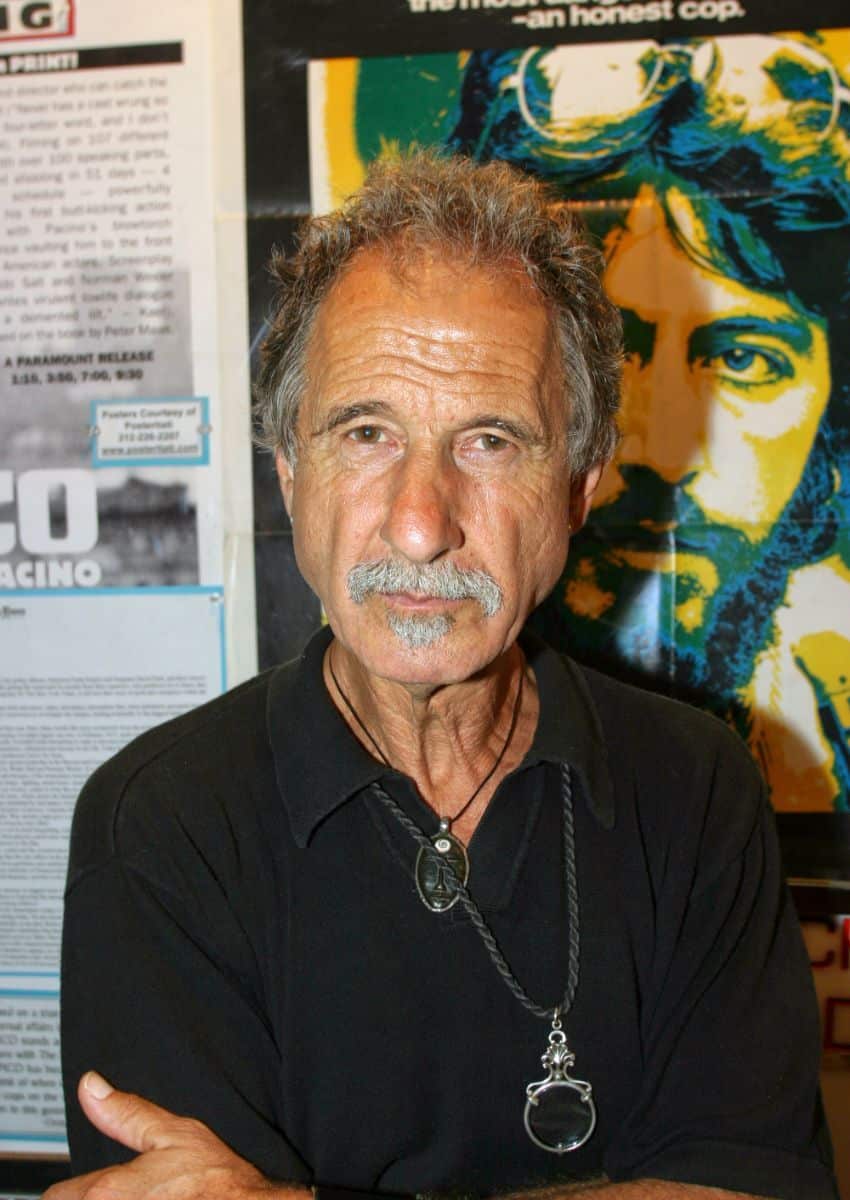 While being in the hospital, Frank was visited by Police Commissioner Patrick V. Murphy and Mayor John V. Lindsay.

Serpico was left permanently deaf in his left ear.

In 1971, Frank eventually testified before a special commission set up to investigate corruption in the New York City Police Department.

He became the first NYC policeman in history to testify about widespread corruption in the department.

”The narcotics division of the New York Police Department was rotten to the core, with many guys taking money from the very drug dealers they were supposed to bust.”

Frank went on to say:

”I had refused to take bribes and had testified against my fellow officers.”

On June 15, 1972, he retired one month after receiving the Medal of Honor from the NYC Police Department.

Later, Frank was moved to Switzerland through the witness protection program.

During a recent interview, Serpico declared:

“In my time no, not every policeman was corrupt.”

“But those that were corrupt were the ones that ran the show. And that’s the way it works today.”

Currently, he lives in a one-room cabin he built himself, about 3 hours north of NYC.

Frank said he didn’t live in fear of his former colleagues from the New York City Police Department tracking him down.

“You can’t let fear rule your life, it’s not worth a thing if you do that.”

“I’m still the black sheep of the New York City Police Department, and was expected to bleed to death the night I got shot.” 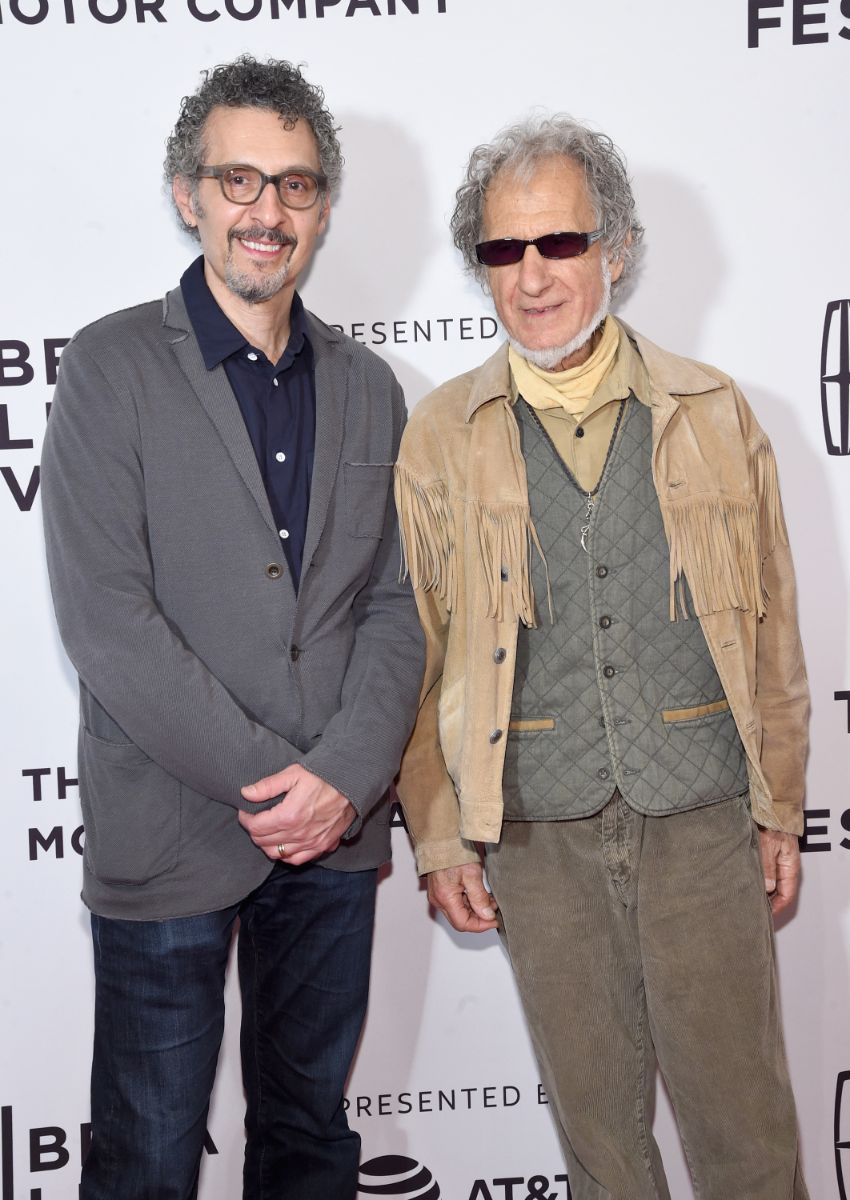 “Serpico,” the biographical crime film, was released in 1973. It is an adaptation of Peter Maas’ biography of officer Frank Serpico.

Norman Wexler and Waldo Salt wrote the screenplay. It was directed by Sidney Lumet.

Al Pacino starred in the film. During an interview, Frank said:

“I spent some time at (Al Pacino’s) house,” he said. The actor was watching the way he talked and moved, everything about him.

“He asked me why I did it, why I just didn’t take the money, the pay-offs. I said to him, what kind of a man would I be?”

In another interview, Frank said about the film:

“Even today it’s very difficult for me to watch those scenes, which depict in a very realistic and terrifying way what actually happened to me on February 3, 1971.”

The film was a major commercial success, grossing over $29 million in Canada and the United States. 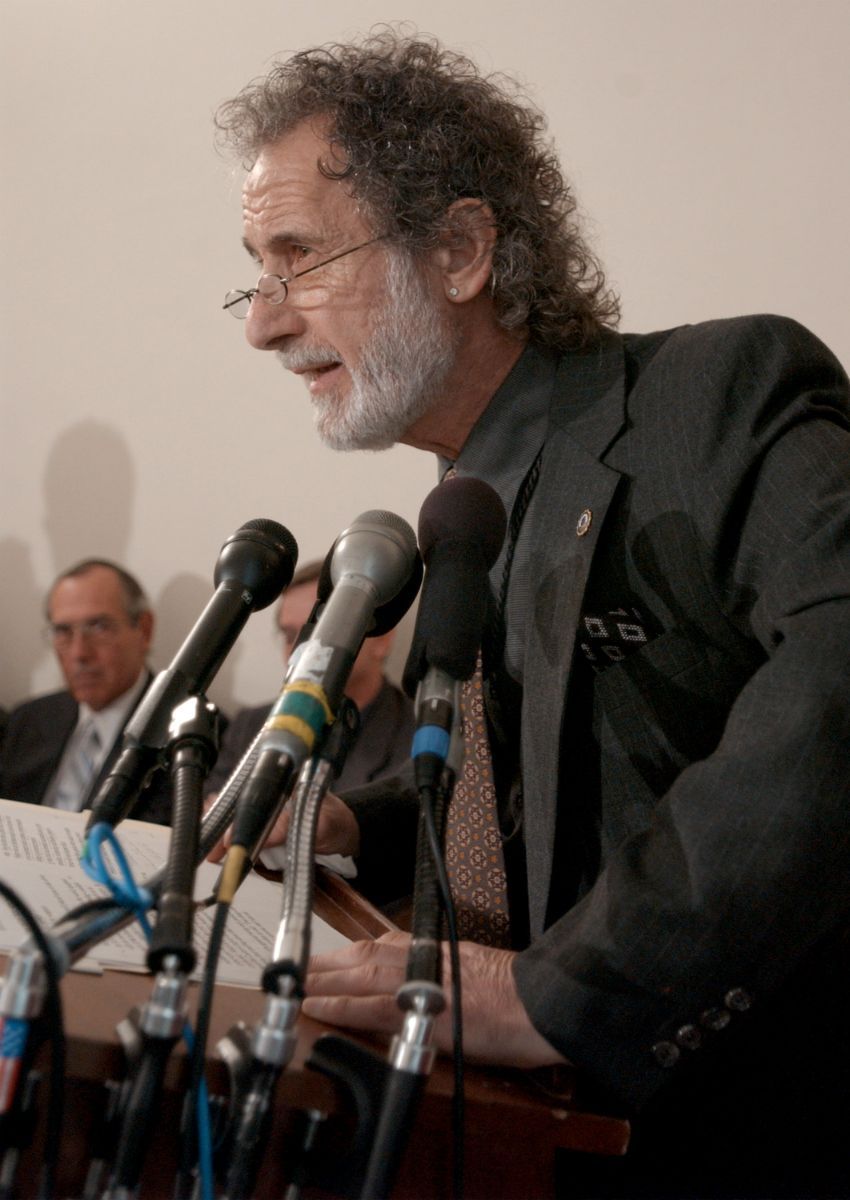 He has been married several times.

The first time when Frank Serpico married was in 1957 to Mary Ann Wheeler. The two divorced in 1962.

In 1973, Serpico lived with a woman named Marianne.

They had a “spiritual marriage.”

Unfortunately, Marianne died from cancer in 1980.

”An honest cop still can’t find a place to go and complain without fear of recrimination.”

”The reality is that we do not wash our own laundry – it just gets dirtier.”

”A policeman’s first obligation is to be responsible to the needs of the community he serves.”

”A lack of accountability is why police violence is such a problem now.”

”I used to think, ‘How can I write my life story? I’m still living it.”

During his time at NYPD, Frank blended into the city by speaking multiple languages and using disguises to catch criminals.

New York Metro Magazine published an article about Frank, “Portrait of an Honest Cop,” on May 3, 1971.

The “Frank Serpico” documentary was released in 2017. 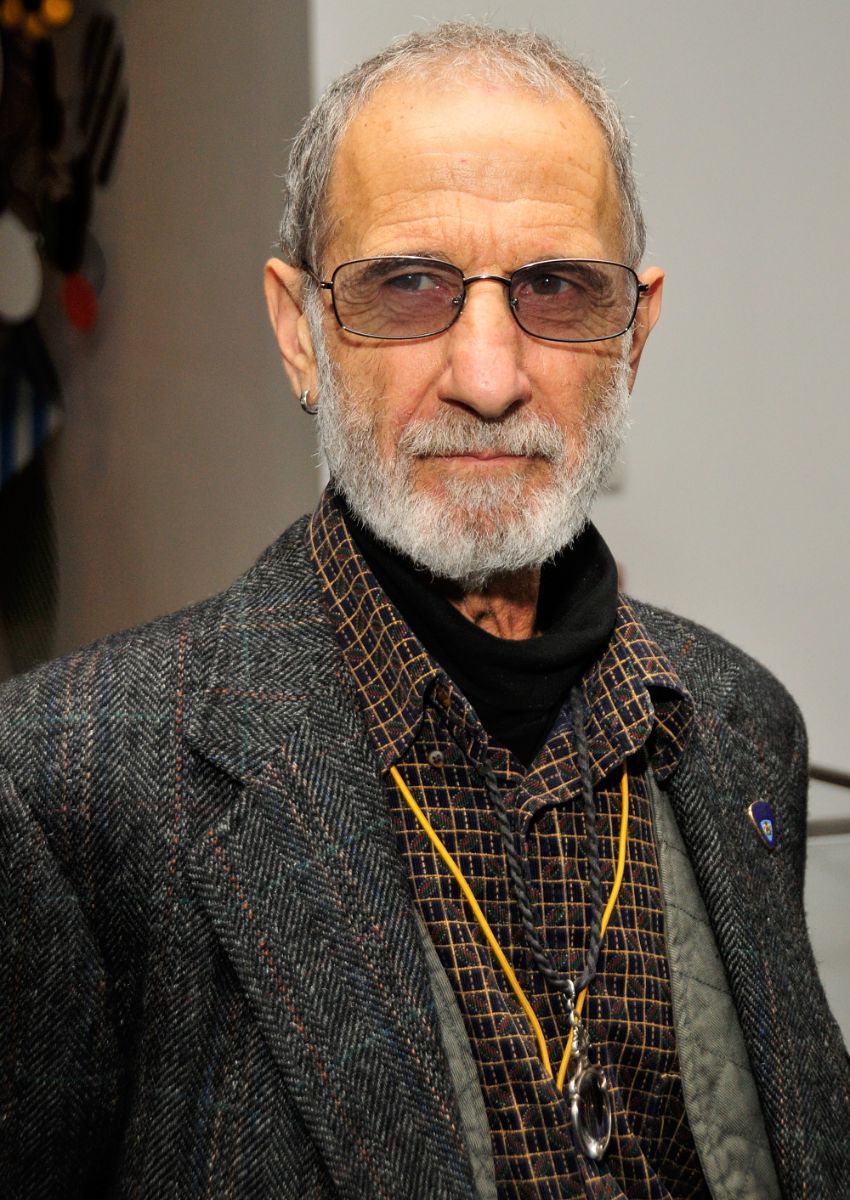 Serpico earned most of his wealth from working for NYPD, royalties from his biography by Peter Maas (that sold more than 3 million copies) as well as royalties from the movie and documentary.

In 2018, Frank was the executive producer of “Citizen Clark… A Life of Principle.”

Therefore, Frank Serpico has an estimated net worth of $2 million.

READ THIS NEXT: Who is Tony Hinchcliffe?

I truly enjoyed the movie Serpico with Al Pacino playing Serpico. He was such a brave and honest cop they don’t make them like that anymore the way the people get away with things and do nowadays is unbelievable. I am in politics now and have been involved for the past nine years and I just was appointed as an Special Election Officer. I just want to do my best and be the best special election officer I can and to be an honest officer is what I strive for. I thank Mr. Serpico for being a honest person with integrity. I am 66 years young and those silver bracelets that they give you when you commit a crime don’t go with my outfits. Lol! Thank you!

May God bless you and reward your soul with peace and tranquility. Well done.

Frank, you are a one in a million kind of guy. After all that you have learned over the years, would you do the same all over again? I'm a widow of 77 and have seen a lot and question so much now. It is so hard doing the right things in life. I guess I would do the same things over again. It makes you the person you are.

I enjoyed watching the movie. Mr. Serpico was truly a man with morals. It's always hard to stand up for right, when you are dealing with wrong. Kudos to him and may God bless him. ❤️🙏🏾

What a Hell of a Man, Hell of a good cop, we need more like him true enough, but these days they lack the rocks. My hat, my salute to you Francesco Serpico!!! 🥰 Excellent Police Work! We the people stand with you.