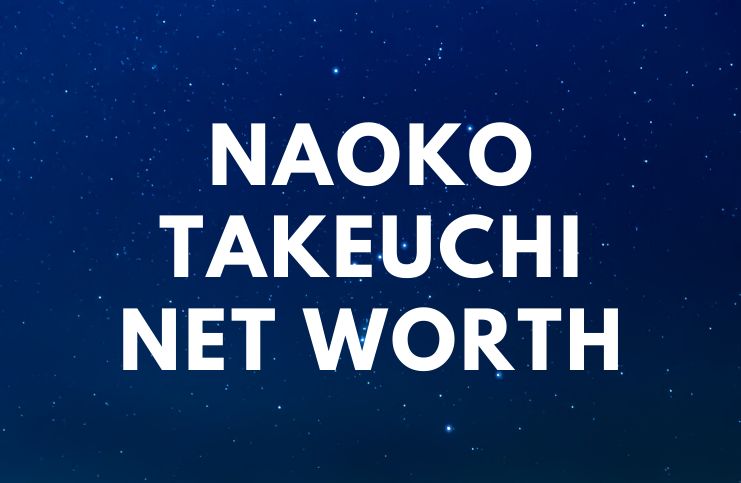 Naoko Takeuchi is a Japanese manga artist who is best known for her work on the popular Codename: Sailor V and Sailor Moon manga series.

Her work, Sailor Moon, rose to become one of the most recognized anime and manga products to date.

She has a younger brother, named – Shing. Her parents are named Ikuko and Kenji.

Naoko said about her childhood:

”When I was in kindergarten, I had three cousins, all sisters, who lived next door who used to always show me their manga.”

During high school, she was in the school’s astronomy and manga clubs. She said:

”During class in elementary, junior high, and high school, I was a poet writing poems in my notebook.”

Naoko went on to say:

”I was even able to write lyrics I dreamed.”

At age 17, she produced her first works, titled – “My Boyfriend is No Sugar” and “Kare wa No Sugar.”

She earned a degree in Chemistry specializing in medical electronics and ultrasound from the Kyoritsu University of Pharmacy.

During college, Takeuchi served as a miko (temple maiden) at the Shiba Daijingu Shrine.

In 1991, Takeuchi created “Codename: Sailor V,” a manga series that revolves around Minako Aino, a cheerful school girl who discovers that she has magical powers.

In 1991, she released Sailor Moon manga, which became an instant hit.

The manga is about Sailor Moon, a girl who fights evil using magical makeup and accessories.

The franchise has generated more than $13 billion in worldwide merchandise sales.

In 1993, Takeuchi received the Kodansha Manga Award for Sailor Moon.

On August 13, 1998, she made her first appearance in the US at the San Diego Comic-Con International convention.

In 2003, Naoko became heavily involved in the production of Pretty Guardian Sailor Moon, a Japanese tokusatsu TV series based on the Sailor Moon manga. The series lasted 49 episodes.

From 2014 to 2016, she was involved with the animated series Sailor Moon Crystal.

On January 6, 1999, Naoko married Yoshihiro Togashi, a Japanese manga artist who is the creator of Hunter X Hunter and Yu Yu Hakusho series.

The two collaborated on a children’s book titled ”Oobo— Nu— Tochiibo— Nu—.” The book was actually a birthday present for her son.

Naoko and Yoshihiro first met in August 1997 during a party hosted by Kazushi Hagiwara, a Japanese manga artist who is best known for creating a manga named – ”Bastard!!.”

Yoshihiro and Naoko have two children together, a daughter and a son.

”The true measure of the justice of a system is the amount of protection it guarantees to the weakest.”

”Remember, many diseases can be cured with the power of the mind!”

”Always this man gives me strength.”

”I really wanted to write a story with a sexy girl, a good-looking guy, some romance, video games, and cute school uniforms!”

“Girls have to be strong to protect the men they love.”

”I think the most important feeling in the world is friendship.”

”Love is essential in every manga I write.”

Much of her manga work is based on aspects of her life.

Naoko usually draws her editor Fumio Osano as a pig, her son as a puppy, her husband as a dog, and herself as a human with rabbit ears or as a little bunny.

As a child, Takeuchi liked reading the shojo manga. Some of her favorite titles were Glass Mask, Candy Candy, and The Rose of Versailles.

Other famous Japanese manga artists are:

The fact that she has a degree in chemistry is the reason why many Sailor Moon manga series characters are named after gemstones and minerals.

Her hobbies include shopping for designer clothes, collecting antiques, and dancing.

Takeuchi earned most of her wealth from her popular manga series – ”Sailor Moon,” that sold over 35 million copies and generated over $13 billion in merchandise sales. She also has a studio called “Princess Naoko Planning.” Therefore, Naoko Takeuchi has an estimated net worth of $52.5 million.

READ THIS NEXT: Who is Emir Bahadir?