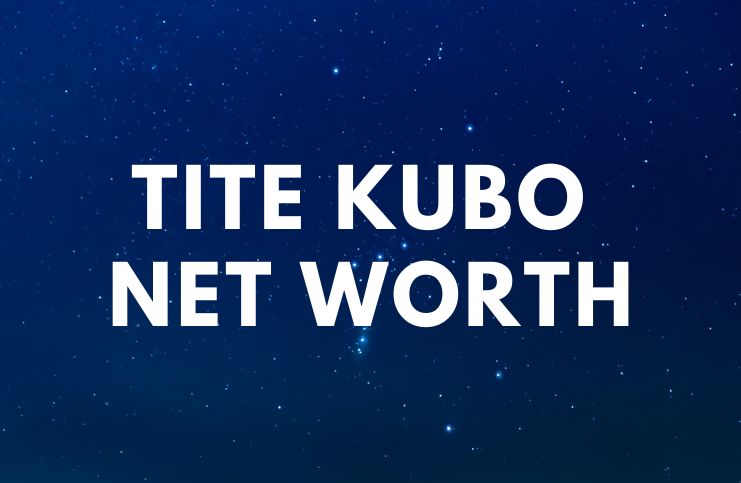 Noriaki is the son of a town council member in Fuchu, Aki District, Hiroshima.

He decided to become a manga-ka when he was in elementary school. During an interview, Tite recalled:

In 1996, Kubo published his first manga, named – “Ultra Unholy Hearted Machine” for Weekly Shōnen Jump. The manga begins with a black-haired man raising his gun against a few armed men.

It is his first serialized action manga. The manga follows a young boy named Elwood Shepherd and mysterious criminals C.T. Smith and Gamma Akutabi in their search for the ”Rings of the Dead,” a group of artifacts with the power to grant immortality to anyone who collects twelve of them and resurrect the departed.

The manga ran a short 27 chapters. Zombiepowder. was a commercial failure in Japan. However, it has been successful in the US where it is distributed by Viz Media, who licensed it in 2005.

In addition, the battle scenes were criticized for their unsophisticated art by Anime News Network.

During an interview, Tite said:

”The most important thing I learned from ZombiePowder. is that I should always follow my heart and draw what I want to draw.”

Noriaki went on to say:

”When I was working on ZombiePowder., I was still holding back. I wasn’t used to weekly serializations, and I was reacting to my editor’s comments.”

It is his second manga series. Bleach is about Ichigo Kurosaki, a teenager who becomes a shinigami and fights creatures known as Hollows.

There are two collectible card games which have been produced based on the series.

In 2004, Bleach was named a winner of the Shogakukan Manga Award for its category.

It has been adapted into a series of rock musicals, produced by Nelke Planning and Studio Pierrot.

Before the series ended, Tite said during an interview:

“I still haven’t decided how the series will end. As for how far ahead I write, that all depends.”

The series was translated into a radio program as well as a film franchise. The first Bleach movie was released in Japan on December 16, 2006.

Viz Media licensed ”Bleach” series for English-language publication in Canada and the US.

On July 26, 2008, he went to the US and made an appearance at the San Diego Comic-Con International, a non-profit multi-genre entertainment convention. He said:

”I had heard before that American fans are very, very enthusiastic, but I didn’t expect this much!”

In 2019, it was announced that Tite will be working a new Spinoff of Saint Seiya.

Tite Kubo got married in December 2012.

“In this world, perfection is an illusion. Regardless of all those who utter the contrary, this is the reality.”

“The perfect being, huh? There is no such thing as perfect in this world.”

”Ururu will stay a mystery. I might, however, change my mind, if revealing her background would benefit the story at some point.”

“What’s the difference between a king and his horse?”

“We are all like fireworks. We climb, shine and always go our separate ways and become further apart.”

“If I don’t wield the sword, I can’t protect you.”

”Whenever I leave backgrounds out, this is to allow my readers to see the heart of the character.”

”As long as we place ourselves in battle, we must always know the difference: fights to defend life.”

When asked about romantic relationships between certain characters, Noriaki said that he does not want to turn the manga series into a love story.

In the making of battle scenes, Tite explains that he imagines the fights with the empty backgrounds and then he tries to find the best angle to make it.

His biggest influences to become a manga artist were Saint Seiya by Masami Kurumada (a Japanese manga artist who is known for specializing in fighting manga featuring magical boy and bishōnen), due to the characters wearing armor and having interesting weapons, and Ge Ge Ge no Kitaro by Shigeru Mizuki.

He was in a state of severe emotional trauma when he wrote Zombiepowder. series.

When asked about what bands he listens when drawing manga, Tite responded:

”David Guetta and The Back Horn are my recent favorites.”

Kubo provided character designs for Hell Screen by Ryūnosuke Akutagawa, Ryūnosuke Akutagawa’s The Spider’s Thread, and Madhouse’s anime adaptations of Ango Sakaguchi’s Sakura no Mori no Mankai no Shita, that are parts of the Aoi Bungaku series.

Bleach was first conceived from Tite’s desire to draw a Shinigami in a kimono.

Kubo earned most of his wealth from selling his manga series. Tite is best known for his manga series Bleach, which has sold more than 900 million copies. It is the sixth best-selling series of all time. The adventures in Bleach series have also inspired an animated TV series. Therefore, Tite Kubo has an estimated net worth of $4.5 million.