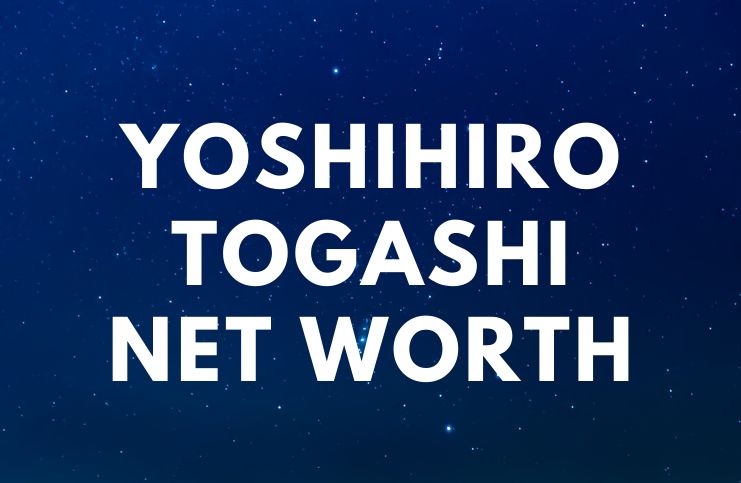 Yoshihiro Togashi is a Japanese manga artist who is best known for his works Hunter X Hunter and Yu Yu Hakusho, both of which have seen several game adaptions.

He was born on April 27, 1966, in Shinjō, a small city in the north of Yamagata prefecture which is notable for being the end of the Shinkansen line.

In his first to the second year of elementary school, Yoshihiro began drawing manga casually. Mangas are comics or graphic novels that are created accordingly to a style developed in Japan in the late 19th century.

While Togashi attended college, the publisher Shueisha recognized his exceptional talent. Shueisha Inc. is a Japanese company that, along with Shogakukan, owns Viz Media – that publishes the manga in the United States.

Magazines published by Shueisha include:

Shueisha Inc. was founded in 1925 as the entertainment-related publishing division of Japanese publisher Shogakukan. The company has headquarters in Chiyoda, Tokyo, Japan.

During his senior year of college, Yoshihiro was contacted by an editor of Weekly Shōnen Jump, who asked him to move to Tokyo.

Another manga by Togashi titled Buttobi Straight was published in the same year. This manga won the Tezuka Award, probably the most prestigious award for new comic artists in Japan.

In 1990, Yoshihiro made a name for himself with his next series YuYu Hakusho. The series tells the story of Yusuke Urameshi, a teenage delinquent who is killed by a car while attempting to save a child’s life. YuYu Hakusho manga lasted 175 chapters from 1990 to 1994.

Also, this manga series went on to sell over 50 million copies worldwide and earned Yoshihiro a Shogakukan Manga Award in 1994.

His next major series was ”Hunter × Hunter,” an action-adventure manga, that began serialization in 1998. This manga performed very well commercially, with the first 20 volumes selling more than 55 million copies in Japan as of August 2011.

The story of this manga revolves around the protagonist Gon Freecss, a young boy in search of his father, who is an elite member of a society called “Hunter.”

In 2017, he wrote the two-chapter manga Akuten Wars. The manga was published in the September and November issues of Grand Jump Premium, and was illustrated by Hachi Mizuno.

Yoshihiro Togashi married Naoko Takeuchi on January 6, 1999. Naoko Takeuchi is a Japanese manga artist who has won a few awards, including the 1993 Kodansha Manga Award for Sailor Moon.

Sailor Moon is a Japanese shōjo manga series that follows the adventures of a schoolgirl named Usagi Tsukino as she transforms into Sailor Moon to search for an artifact, entitled “The Legendary Silver Crystal.”

The couple has two children. Furthermore, they have collaborated on a children’s book titled Oobo— Nu— Tochiibo— Nu, which Naoko wrote and Togashi illustrated.

Yoshihiro has a younger brother named Hideaki Togashi, who is a manga artist.

He suffered from an immense amount of stress while working on YuYu Hakusho manga series, which caused him chest pain and inconsistent sleep patterns. According to studies, stress which’s left unchecked can contribute to many health problems, such as heart disease, high blood pressure (hypertension), types 2 diabetes, and obesity.

”I’m not the kind of mangaka that is energetic and sacrifices his body and soul to draw manga but in return, I think I have the ability to analyze in a very detailed way movies, novels, and other manga by expressing in my very own way the interesting parts that I come across.”

In 1995, Yoshihiro created ”Level E,” a science fiction-comedy manga. In 2011, Level E was adapted into an anime television series. Comprising three volumes, the manga was first published in Weekly Shōnen Jump in 1995 and ran until 1997.

Between 1989 and 1990, he authored ”Ten de Shōwaru Cupid,” a 4-volume romance manga that involves the relationship between a devil girl and a human boy.

He enjoys watching horror movies, and considers Dawn of the Dead (a 2004 American action horror film that was produced by Marc Abraham, Richard P. Rubinstein, and Eric Newman, and directed by Zack Snyder) and Don’t Look Up his favorites.

In 2008, he tied with ”One Piece author Eiichiro Oda” as the 5th favorite manga artist from a poll posted by the marketing research firm Oricon.

Togashi earned most of his wealth from selling his mangas. His revenues are not released to the public, but a manga artist receives around 10 percent of each manga sold. For instance, if it’s 500 yen (almost $5), he gets 50 yen per any sold manga.

Also, if the manga is really popular, the artist may also receive revenue from licensing of merchandise as well as movies. Togashi sold millions of mangas. For example, ”Hunter × Hunter” manga series sold more than 125 million copies in Japan. Therefore, Yoshihiro Togashi has an estimated net worth of $25 million.

READ THIS NEXT: Musicians From Alabama