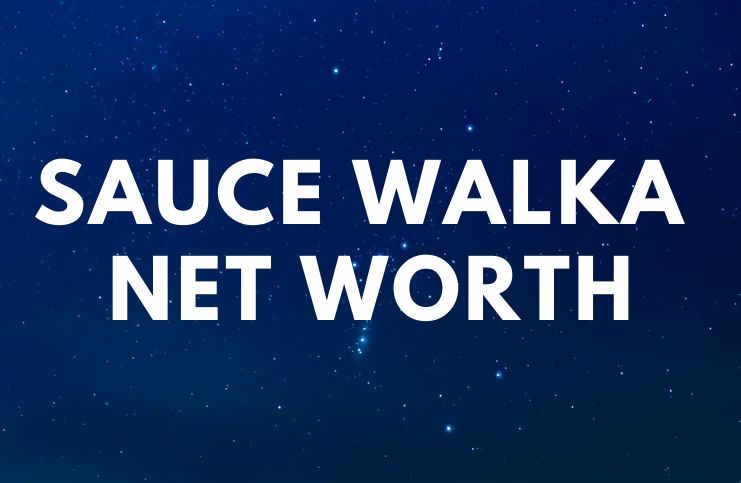 His father was a professional wrestler. Sauce has a brother named Dillon Clemons. Walka grew up in Houston with a mother who was an addict.

His style and lyrics are heavily impacted by his rough upbringing.

Sauce made his music debut with the single, titled – ”A Bag,” that was released in 2015.

”We walked out the church house one day and felt we had a word to serve.”

“We don’t rap, we preach. We have a word to serve and we feel that preaching is the best way to do it. That’s why the city is so behind us.”

He thinks he’s a God. In his words:

“Only thing we do is read scriptures. The reason we call ourselves gods is because of the things we do for people. This sauce shit done changed people’s lives.”

”It’s power. We obtained powers through our skills and abilities. We aren’t calling ourselves gods. People are calling us this.”

Sauce made waves in the hip hop scene after releasing a diss track of Drake. During a May 2015 interview, he said that his real problems with Drake occurred from the singer not releasing a song they had collaborated.

Drake is a Canadian rapper, songwriter, singer, and actor who is best known for hit songs, such as – One Dance, Take Care, and Hotline Bling as well as for playing wheelchair-bound Jimmy Brooks on ”Degrassi: The Next Generation.”

His notable singles are:

READ MORE: Who is Daylyt?

In March 2015, Walka was recorded beating BeatKing, a Houston rapper.

When asked about his influences growing up, Walka responded:

”We are the kids who were growing up at the barbershop seeing Fat Pat in the ’90s.”

”The Houston in the mainstream is watered down. Like the syrup epidemic, they rap about it like people aren’t dying over it out here.”

In 2018, Sauce and his team have been hit with accusations regarding crime. He immediately responded:

“I’m the CEO of a record label; we drop albums, I got seven artists.”

“We’re a prestigious record label of young men that give out inspiration and leadership to a lot of young people in Houston and all over Texas.”

Walka earned most of his wealth from selling tickets to his concerts, sponsors, YouTube channel, and selling his albums. Therefore, Sauce Walka has an estimated net worth of $0.35 million.

READ THIS NEXT: Who is Mysonne’s wife?