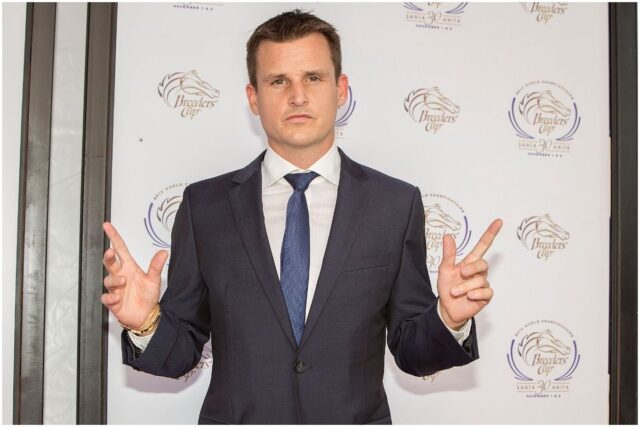 Rob Dyrdek is an American former professional skateboarder, producer, and entrepreneur who is known for his reality programs, including Ridiculousness, Rob Dyrdek’s Fantasy Factory, and Rob & Big.

Rob has a sister, Denise.

Dyrdek started skateboarding when he was 11 years old.

He earned his first skating sponsorship at age 12 from the company that also sponsored professional skateboarder Neil Blender.

He skipped his senior year of high school so he could move to Southern California and pursue his career in professional skateboarding.

In 2006, Dyrdek became a reality TV personality, starring in MTV’s “Rob & Big” with Christopher “Big” Boykin. The series was followed-up with Fantasy Factory.

Also in 2009, Rob Dyrdek made Street Dreams, a film directed by Chris Zamoscianyk.

In February 2013, Dyrdek set a GUINNESS WORLD RECORDS® record for the Farthest Reverse Ramp Jump by a Car with a total of 89 feet 3¼ inches.

”The Sonic is a great car for firsts,” he told Media GM. Rob went on to say: ”I have always been a Chevy guy, so when we decided we wanted to set a Guinness World Record for the finale of Fantasy Factory, using the Sonic again just made sense.”

On September 19, 2015, Rob Dyrdek married Bryiana Noelle Flores. ”I love loving love with someone who I love so much, and loves me as much as she loves loves,” Rob tweeted in February 2021. ”No greater love to love than our forever love.”

They first met in 2013 at an event. Rob proposed to Bryiana at an event held in Disneyland.

Note – Bryiana Noelle Flores is of Blackfoot, Spanish, Cherokee, Caucasian, Chinese, and Filipino origin. She serves as the President of Iconic Beauty. In 2008, Bryiana was crowned Miss Teen of the Nation.

”I spent my whole life dreaming of this beautiful, pure, unconditional love, and I’m so grateful to get to spend the entire rest of my life living out this Happily Ever After with Rob Dyrdek,” Bryiana wrote on Instagram in 2021.

”No one gives you anything in life. You gotta work hard and go after it to get it.”

”I’ve already filled my bucket list many times over.”

”Skateboarding has given me everything I have and created who I am.”

”I try to seize every opportunity I can.”

”In life, some people trip and some fall, but some take that trip and make a beautiful dance out of it.”

Dyrdek reportedly earned around $140k per episode of Ridiculousness. Rob served as the executive producer in 232 episodes of the TV series and appeared in 618 episodes.

Rob is the Founder of the Street League Skateboarding competition enterprise. He said: ”Street League is our NBA. It is about growth and sustainability.”

From 1995 until January 2016, Rob was sponsored and worked with DC Shoes, a company that specializes in footwear for action sports. He was also sponsored by Monster Energy, EA Skate, and Silver Trucks.

In December  2019, he purchased an $8.5 million mansion inside the Mulholland Estates. The mansion features seven bedrooms and 10 bathrooms.

Therefore, professional skateboarder and reality TV star Rob Dyrdek has an estimated net worth of $110 million.

READ THIS NEXT: Who is Paul McBeth?