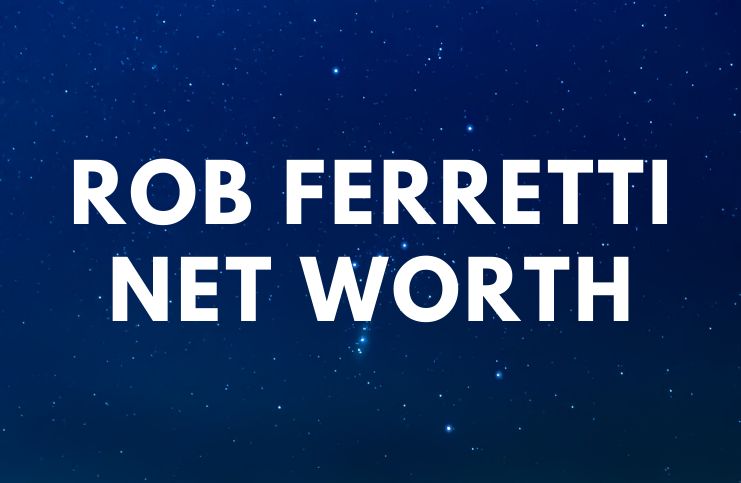 Rob Ferretti is an American sports car enthusiast who is the creative force behind the automotive YouTube channel – ”superspeedersRob.” He created the popular Super Speeders DVD series in 2003.

Ferretti is a graduate of Saddle River Day School.

Rob attended the Ramapo College of New Jersey, however, he dropped out without acquiring his degree.

In 2003, he started Super Speeders after getting involved with local car owners and the New York area street racing scene.

In 2003, Rob founded a company called Ferretti Productions to sell the DVDs while filming car races.

In the same year, together with his partner Noah Lehmann-Haupt, Rob started the company – ”Gotham Dream Cars.”

The description of the company says:

”We are a real company with real cars, real employees, and real facilities. We are not brokers, middlemen, shucksters, hucksters, or anything but fun guys (and gals) who love cars.”

Gotham Dream Cars is a rental company that provides the client access to numerous exotic sports cars. All you need is proof of insurance and a valid driver’s license.

The cars you can rent from Gotham Dream Cars are:

All rental cars include up to 100 miles free per day.

”I’ve been working with Gotham since the company was started in 2003.”

Ferretti went on to say:

”… and share ownership with Noah Lehmann-Haupt who came to me with the seemingly wacky idea of renting exotic cars in 2003.”

On July 26, 2007, Rob started his YouTube channel, named – ”superspeedersRob.” The channel currently has over 750,000 subscribers and more than 239 million views.

”My name is Rob Ferretti I am the creator of the Super Speeders DVD series.”

The couple has a son.

”I believe there is an inherent risk of living on this planet.”

”People are always looking for someone to blame to address their fears in the world.”

”I didn’t invent speeding, I just document it.”

When asked about how many speeding violations he has gotten, Rob responded:

“That’s a tough question to answer because I don’t count I can say though I’ve received over 100 citations to date, and been arrested on traffic-related offenses twice.”

Rob’s astrological sign is Virgo, the sixth astrological sign in the Zodiac. The Virgo man is helpful, observant, and practical. A Virgo native cares for justice deeply and he will act accordingly. His need for perfection can be both a curse and a blessing.

During an interview by Lisa Guerrero, Rob was asked what is the fastest speed he has ever gone on a public street. Ferretti answered:

“Excellent question. Probably with nobody around, plus or minus 200.”

“If a car drives 200 mph on a public street with nobody around to see it, did it really happen?”

In 2012, a motorcyclist, Stephan Lenge, was killed in a head-on collision when a Ferrari swerved into his lane on a service road near the MetLife Stadium.

Stephan Lenge is survived by his wife and he was the father of two teenage daughters.

According to state police, the Ferrari driver, Joseph Ferretti (Rob’s brother), was traveling above the 25 miles per hour speed limit.

State troopers testified that Joseph’s car reached a speed of 93 MPH and slowed to 68 MPH upon impact.

In 2018, Joseph was sentenced to five years in state prison. In addition, Joseph Ferretti will not reclaim his driver’s license for 2 years after his sentence.

After the sentence was given, Stephan Lenge’s niece, Andrea Recanti, said:

“He will lose a small portion of his life, but eventually he will get back to it and be able to pick up where he left off. My uncle Steve cannot.”

A memorial near Parking Lot L at MetLife Stadium in East Rutherford marks the spot where Lenge was killed on Mother’s Day 2012.

Ferretti earns most of his wealth from managing Gotham Dream Cars, an exclusive exotic car rental company. The price of renting a car from his company starts from $500 per day, and it can reach up to $4,900 per day.

Apart from the rental company that Rob Ferretti owns (Super Speeders) and Ferretti Productions, he is also involved in The Team.

Moreover, Ferretti owns a YouTube channel that has over 239 million views (about $478,000 in revenue). Therefore, Rob Ferretti has an estimated net worth of $11.4 million.