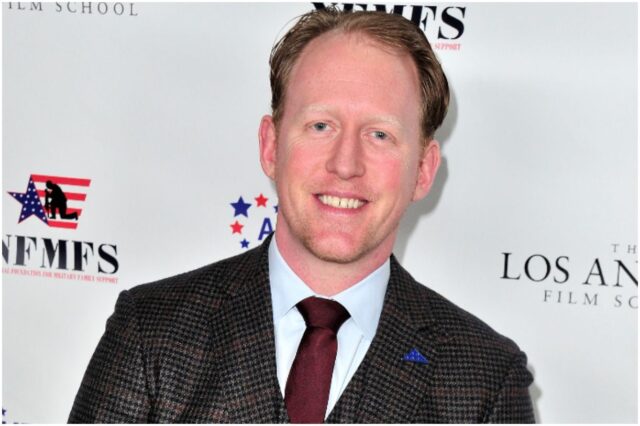 Robert O’Neill (birth name – Robert James O’Neill) is a former U.S. Navy SEAL and author, who is best known for firing the shots that killed Osama bin Laden during the raid on his Abbottabad.

O’Neill spent his childhood in the copper mining town of Butte, Montana.

He graduated from Butte Central Catholic High School. After high school, he joined the Navy SEAL.

As a member of the Navy SEAL, he was reportedly involved in over 400 missions. On 11 occasions during his career, Robert left home thinking he would not return alive.

He was part of Operation Red Wings, in which Robert helped save Marcus Luttrell.

Operation Red Wings mission was intended to capture Ahmad Shah. During the mission, 3 of the four SEALs were killed. Additionally, a helicopter sent in for their help was shot down, killing eight special forces soldiers as well as eight SEALs who were on board.

O’Neill was also involved in the mission to save Richard Phillips, an American merchant mariner who was the captain of the MV Maersk Alabama during its hijacking by Somali pirates in 2009.

The incident was made into a movie starring Tom Hanks.

During a video for the speakers’ agency Leading Authorities, Robert detailed what happened the day he learned he would take part in the mission to save Phillips. He said:

“I’m in Virginia, it’s my birthday, it’s Friday April 10th, and I’m at my daughter’s Easter tea party at her preschool.”

O’Neill went on to say:

”So I’m in line getting cupcakes and stuff and I’m walking back over to her and I got the call. I looked down and read the message and I recognized the code.”

O’Neill was a member of SEAL Team 6 that conducted the May 2, 2011 raid on Osama bin Laden’s compound in Abbottabad, Pakistan.

In the February 2013 Esquire article, Robert was anonymously featured as the “Man Who Killed Bin Laden Is Screwed.” In the article, he was only referred to as “the shooter.”

In November 2014, Rob is the name of the former SEAL Team Six member who was identified only as “the Shooter.” He said about the mission:

“Every time I close my eyes I can see it.”

”I remember looking at how tall he was, skinnier than I thought. His beard was shorter.”

Pentagon officials have neither confirmed nor denied O’Neill’s account.

After detailing his actions during the classified Osama bin Laden compound raid, Rob was subjected to a U.S. Department of Justice investigation.

“If navy SEALs getting on a helicopter and going to a house and going upstairs and shooting bad guys is classified, then, wow, that’s news to me.”

He has also been criticized by other former Navy SEALs for disclosing his role.

According to Business Insider, Rob said that the decision to speak about the raid was prompted after meeting with family members whose loved ones were killed in the 9/11 terror attacks. He explained:

“Everyone in the room was crying. They couldn’t hold the tears back.”

In a different interview, O’Neill said:

“The families told me it helped bring them some closure.”

Jonathan Gilliam, a former Seal with more than 20 years of service as a Federal Air Marshal, FBI Special Agent, and Navy SEAL, condemned his motives and actions:

”He served with great distinction, he had a great career and he was a great operator.”

”But he went from hero to zero in the Seal community when he started using his career to cash in and draw crowds as a speaker.”

In 2017, Rob published ”The Operator: Firing the Shots that Killed Osama bin Laden and My Years as a SEAL Team Warrior.”

He recently signed a movie deal based on his book, “The Operator.” The rights to the film were obtained by Lorne Michaels’ Broadway Video and Universal Pictures.

At their first meeting, Jessica did not know that he had killed Osama bin Laden. After the wedding, she said:

”We don’t wake up in the morning and talk about bin Laden. It’s not in my everyday life, I forget about it for the most part.”

”If you’ve never seen 100 circus clowns get out of a car and want to, turn on any news station.”

”Make no mistake… There are huge differences between liberals and leftists.”

”If you are wearing a suit and tie, you’re wrong about war.”

After he retired from the Navy SEAL in 2012, Rob has founded a charity, Your Grateful Nation, to assist Special Operations Forces veterans in successfully move from military to civilian life.

He also travels constantly to give motivational speeches.

In 2016, he was arrested and charged with DUI (driving under the influence) in his hometown of Butte. Robert was released after posting a $685 bond. Later, the charges were dropped. He said in a statement:

“I am pleased that the charge has been dropped and the case dismissed without prejudice.”

O’Neill earned most of his wealth from being in the Navy SEAL. After his retirement, he started to give motivational speeches.

Moreover, Robert has signed a movie deal based on his biography in 2019. Therefore, former U.S. Navy SEAL Robert O’Neill has an estimated net worth of $1 million.

READ THIS NEXT: Nancy Silverton Biography