His music career took off successfully in the year 2016, after a troubling period of his life, and has led to him becoming a nominee for a series of hip-hop and rising talent awards as well as a platinum-selling artist.

Wallace was born on March 23, 1994, into a family that often found themselves involved in conflicts with the law.

Both of Grizzley’s parents had spent most of their lives in jail, so they didn’t play a big part in raising him.

Due to their misconduct, he and his brother –Marcellus Wallace, also a rapper who goes by the name of Baby Grizzley–, spent their early years in the Joy Rd. & Southfield area of Detroit, under the care and guardianship of their grandmother and aunt.

The rapper’s mother, Latoya Perry, whose life had always been troubled, filled with abuse and substance consumption, was convicted of cocaine trafficking in 2011 and sentenced to fifteen years in prison. His father was killed in 2012.

Grizzley attended Dixon Middle School and Frank Cody High School prior to being admitted and enrolling in Michigan State University.

He was determined to pursue a career and not fall on the same path as his parents, breaking the cycle.

Unfortunately, Tee, along with a group of friends, got themselves in trouble, the kind that led to him being sentenced to do time in Jackson State Prison, which stopped him from completing his education in finance and accounting.

The rapper was freed in October 2016 and came out with a whole new sense of what he wanted in life. “I learned that I was way smarter than my actions showed,” he mentioned in an interview. ”I learned that I didn’t give myself a chance to be at my full potential.”

Tee had always been interested in music, at fourteen, he had already decided he wanted to be a rapper, but it was his difficult experiences that brought out in him a bigger focus towards it.

As a child, his home was always filled with R&B music, and growing up, he was inspired by Detroit rappers such as Blade Icewood and the Street Lordz. Tee Grizzley began his career as part of the Allstars BallHard crew and went by the alias ASBH Tee. 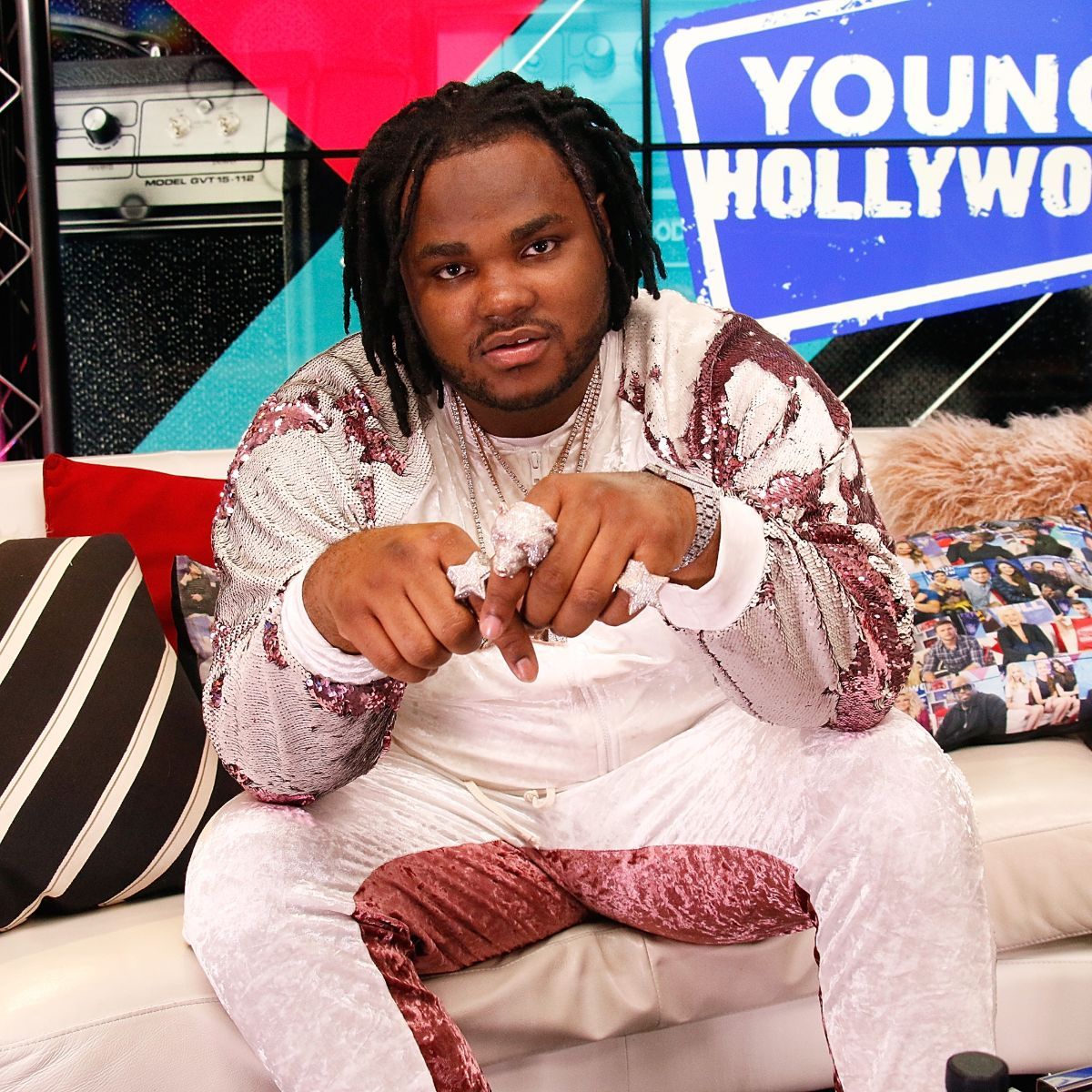 In 2016, he recorded and released his first ever single with producer Helluva, titled “First Day Out.”

The rapper’s debut track was posted on YouTube and, in a matter of three weeks, managed to register approximately two million views and streams.

The songs’ success led to Terry signing a deal with 300 Entertainment and Atlantic Records in 2017.

In the next couple of months, his second single, “Single Day Out,” was released, and a third featuring Lil Yachty –performer of songs such as “iSpy” and “1 Night”–, by the name of “From the D to the A.”

A month after the release of the music video and track “No Effort” in March came the song “My Moment,” and by July, the rapper put out his debut mixtape and song “Detroit.”

Aside from the continuous release of music, Grizzley’s career shot up even further due to renowned basketball player LeBron James sharing the rapper’s debut single in a video on his Instagram page, this caused his record sales to nearly triple.

Not long afterwards, he received two nominations for the BET Hip Hop Awards (2017) in the categories of Best New Hip Hop Artist and Best Mixtape for “My Moment.” 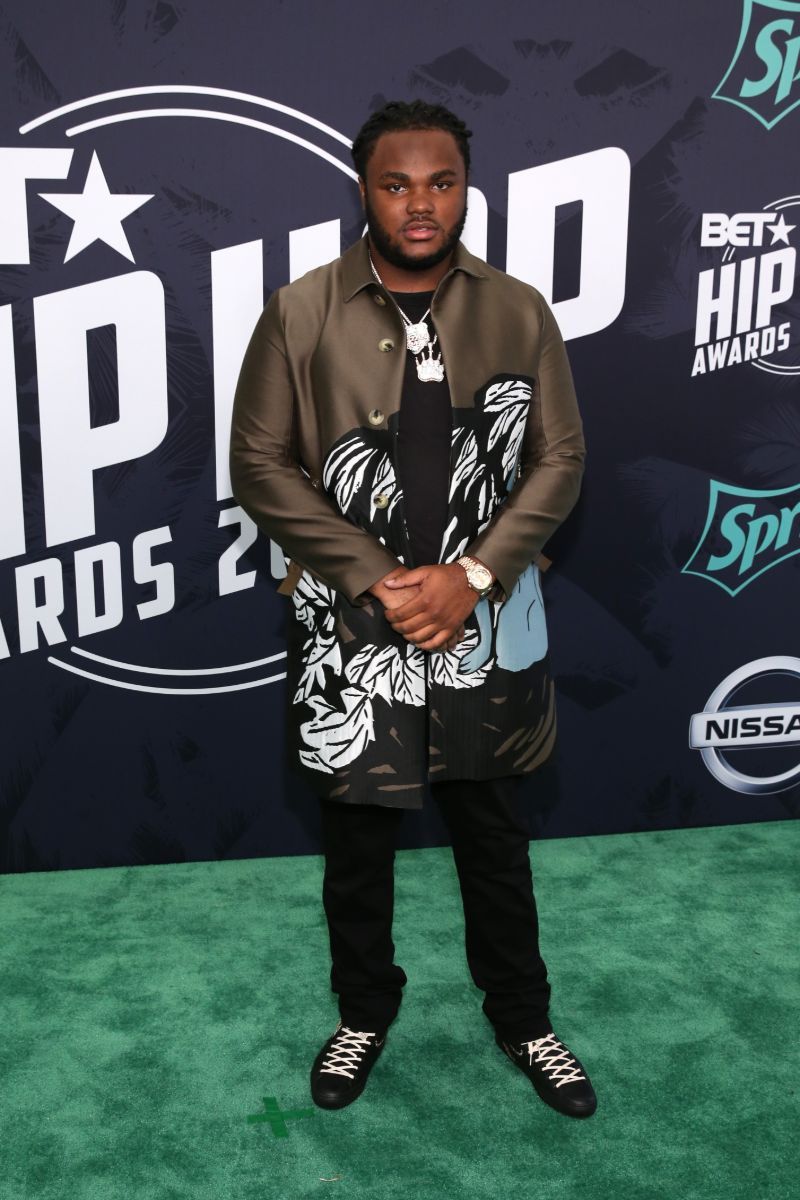 But recognition of the rapper’s talent and music didn’t stop there. The same year, in August, he was nominated for the MTV Video Music Awards in the category of Push Artist of The Year.

And while Tee Grizzley’s life and success seemed to be going uphill, an unexpected event massively impacted his personal life.

In August 2019, a couple of months after the release of his song “Locked Up,” Wallace’s aunt was fatally shot while driving in the Three Mile Drive area in Detroit late at night.

Jobina “JB” Brown, one of the most important women in the rapper’s life, who raised him and had more recently become his manager, was killed at the age of 41 in the same car Tee was in.

As a way to cope with his grief, Terry wrote a song called “Satish,” in which he talks about the pain and all the feelings caused by JB’s death as well as how he misses her.

Despite these unfortunate events, things on the family front for Tee seemingly took a turn for the best a couple of years afterwards.

For a long time, Grizzley managed to keep his dating life private, with the exception of one fleeting relationship with Denver model Celina Powell, in April 2017, up until he publicly announced his relationship with My’Eisha Agnew in late 2019.

Just over halfway into 2020, the couple confirmed via Instagram that they were expecting a baby.

Grizzley earned most of his wealth from song sales and YouTube views, advertisements, and paid postings.

His team also sells a variety of merchandise articles online.

He also has a car collection that includes a Lamborghini, Bentley, and Ferrari.

In 2020, he released two songs –”I Spy” and “Mr. Officer”–, with members of the Detroit Youth Choir and in collaboration with Queen Najia.

On YouTube, Tee has over 858 million views–about $2.4 million in revenue before taxes.

Therefore, Tee Grizzley has an estimated net worth of $4 million.

READ THIS NEXT: Who is Dom Kennedy?