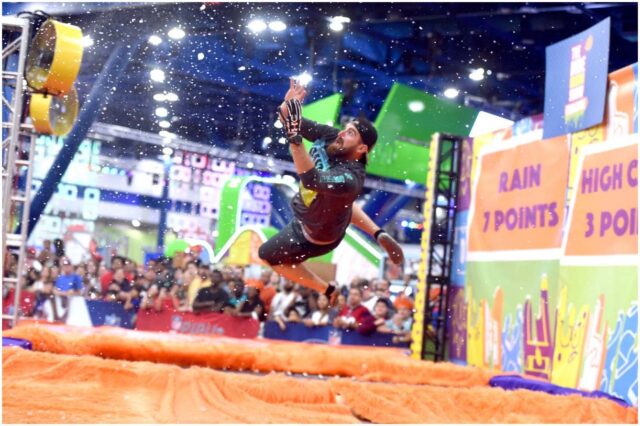 Tyler Toney, nicknamed the Bearded Guy, is a YouTuber who is one of the five co-founders of the YouTube channel ”Dude Perfect,” which has earned over 12 billion views and 57 million subscribers.

He was born on March 24, 1989, in Prosper, Texas, United States, to Pam Toney and Jeff Toney, a pastor in an Austin-based church.

Tyler went to Prosper High School and graduated in 2007. While studying in high school, Tyler used to play as a quarterback on the school’s football team.

He later went to Texas A & M University and received his bachelor’s degree in fisheries and wildlife.

In June of 2009, while attending Texas A&M University, he created ”Dude Perfect,” a YouTube channel, along with his friends Cory Cotton, Coby Cotton, Garrett Hilbert, and Cody Jones.

All five friends were basketball players; however, their religion has brought them together, as they were looking for fellow Christians to be roommates with.

During an interview, Tyler said:

“We weren’t really planning on making a viral video or even making a business model out of our first video.”

Toney went on to say:

”We were in the backyard in college and we just started shooting these basketball shots.”

”Dude Perfect” channel gain huge fame by posting entertainment and sports brand-related trick shots and comedy videos. Additionally, they share with their fans videos of battles, where each of them engages in competitive games guided by a set of strict rules.

Their first video that went viral was a compilation of trick shots the five friends made when they were just a bunch of college buddies.

In 2011, Dude Perfect launched a mobile game on iOS as well as Android. They have followed it up with Endless Ducker, Dude Perfect 2, and That’s Lit.

They have worked with a number of high profile athletes like:

Moreover, they have endorsements with companies, including Pringles and Nerf. In addition, Toney has appeared in TV commercials for the following brands:

In June 2015, the group was selected by the Harlem Globetrotters (an exhibition basketball team that combines theater, athleticism, and comedy in their style of play) in their annual player draft.

Furthermore, they have gone on to interview a handful of NBA stars, including – Kobe Bryant and LeBron James. Also, they went over the Atlantic to work with Manchester City, a football club in Manchester, England.

Dude Perfect also broke the record for the longest lego walk (barefoot) in 2018.

In 2011, Tyler Toney got married to his longtime girlfriend Bethany Toney, a former winner of the 2010 Miss Ouachita Baptist University.

On her Instagram, she describes herself as “wife to the bearded guy, mommy to Barrett, fur mommy to Sadie & Annie.”

READ MORE: Who is Ben Brode?

Tyler holds a few Guinness World Records. Some of them include the title for:

He has also played Fortnite with Ninja (an American Twitch streamer and Internet personality) for the first Game Time.

“You know, everybody always says it’s the easiest and most fun job in the world. It’s definitely the most fun, but it’s not the easiest.”

“Dude Perfect has afforded us some incredible opportunities that, earlier in my life, I could have only dreamt of.”

”Well, I’m an outdoors guy, so I’d have a bow and arrow so I could kill food for myself.”

“We just didn’t feel comfortable being alcohol ambassadors. It didn’t fit what we stood for.”

”Once we came out with the first video, we didn’t expect anything to happen, and we definitely didn’t expect everything that has happened to the degree that it has.”

“Always in the back of our minds, we don’t want to be 40-year-olds on YouTube doing basketball shots.”

Toney earns most of his wealth from ads on the YouTube channel ”Dude Perfect,” which has over 13.8 billion views, meaning about $40 million in revenue before taxes.

Tyler also made money from appearing in TV commercials.

Therefore, YouTuber Tyler Toney has an estimated net worth of $15 million.

READ THIS NEXT: Louis Rossmann Age