Where did comedian Pete Davidson go to high school?

If you’ve checked out a celebrity news feed in the past 12 months, chances are you already know who Pete Davidson is.

The Staten Island born and bred comedian is best known for his time on Saturday Night Live—arguably one of the biggest breaks a comedian can get on television.

He’s appeared as himself in TV shows and in movies, and he’s performed on Comedy Underground, House Party, and Jimmy Kimmel Live.

He is widely considered one of the best entertainers on the US comedy circuit and has gained a following of millions thanks to his unique take on drugs, family, relationships, and life as a millennial.

He’s so popular, in fact, that The Today Show’s official website published an article in February of 2022 just to announce that the comedian had rejoined the world of Instagram.

There’s also the fact that he dated Kim Kardashian after she split with troubled rapper Kanye West.

So while almost everyone who follows pop culture knows who Peter Michael Davidson is, there are still some questions that fans just keep on asking. Here are the top 5, and all the answers you need.

#1 Who did Pete Davidson date before Kim Kardashian? 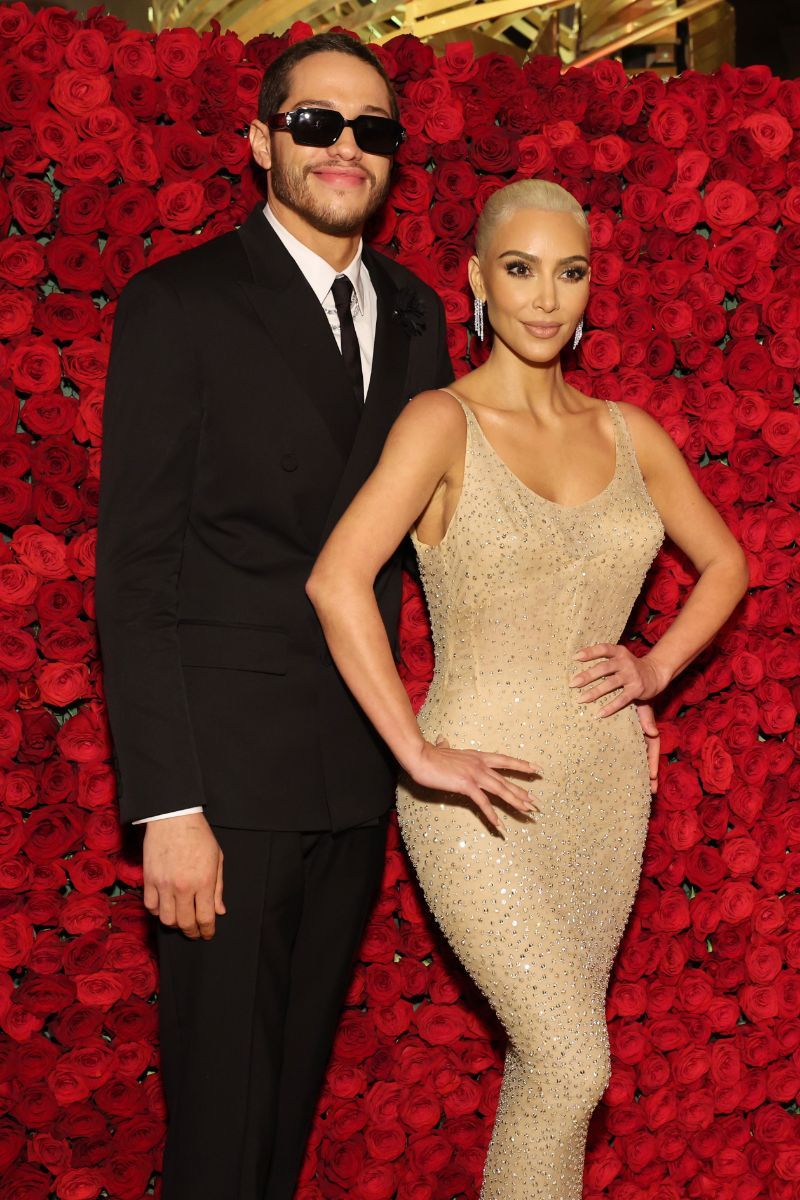 It’s a long list, so we’ll keep it as short as we can.

The pair dated from May until October of 2018, following Davidson’s split from Larry David’s daughter, Cazzie.

Matching tattoos, a song dedicated to Davidson on Grande’s album, and a period of time when the pair were all over the internet. They also got engaged just weeks after they started dating.

5 months and a whole lot of PDA later, it was all over.

Then there was Kate Beckinsale, a British actress 20 years older than Davidson. They dated for a few months at the start of 2019.

Davidson also dated Once Upon a Time in Hollywood star Margaret Qualley that year, and then went public about his relationship with Cindy Crawford’s daughter, model Kaia Gerber just before Christmas.

2019 was a busy year for Davidson’s love life, and it looks like he took a rest in 2020 before jumping back into the fray with Phoebe Dynevor of Bridgerton fame in April of 2021.

Phoebe and Pete dated for 5 months before they realized they couldn’t make a long-distance relationship work around their careers.

Next came the meet-cute with Kim K. on SNL, and a whirlwind romance that included online feuds with the mother of four’s ex-husband, being hounded by paparazzi, and a handful of SNL sketches, before the pair called it quits.

In 2022, Davidson was dating model, actress, and author Emily Ratajkowski.

#2 Where did Pete Davidson go to high school? 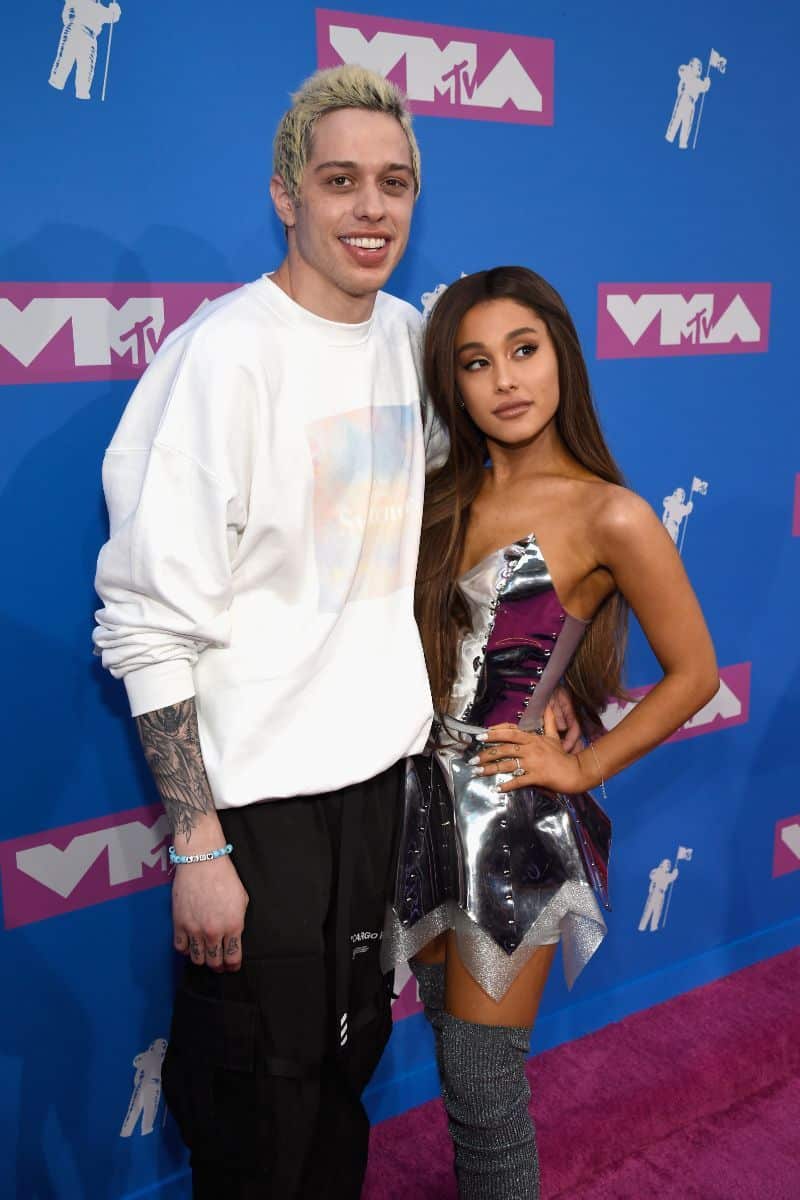 Before transferring to Xaverian, he was enrolled at St. Joseph by-the-Sea High School, and briefly at Tottenville High School.

Xaverian posted on its official Facebook page congratulating Pete when he joined SNL for its 40th season in 2014.

#3 Did Pete Davidson go to college? 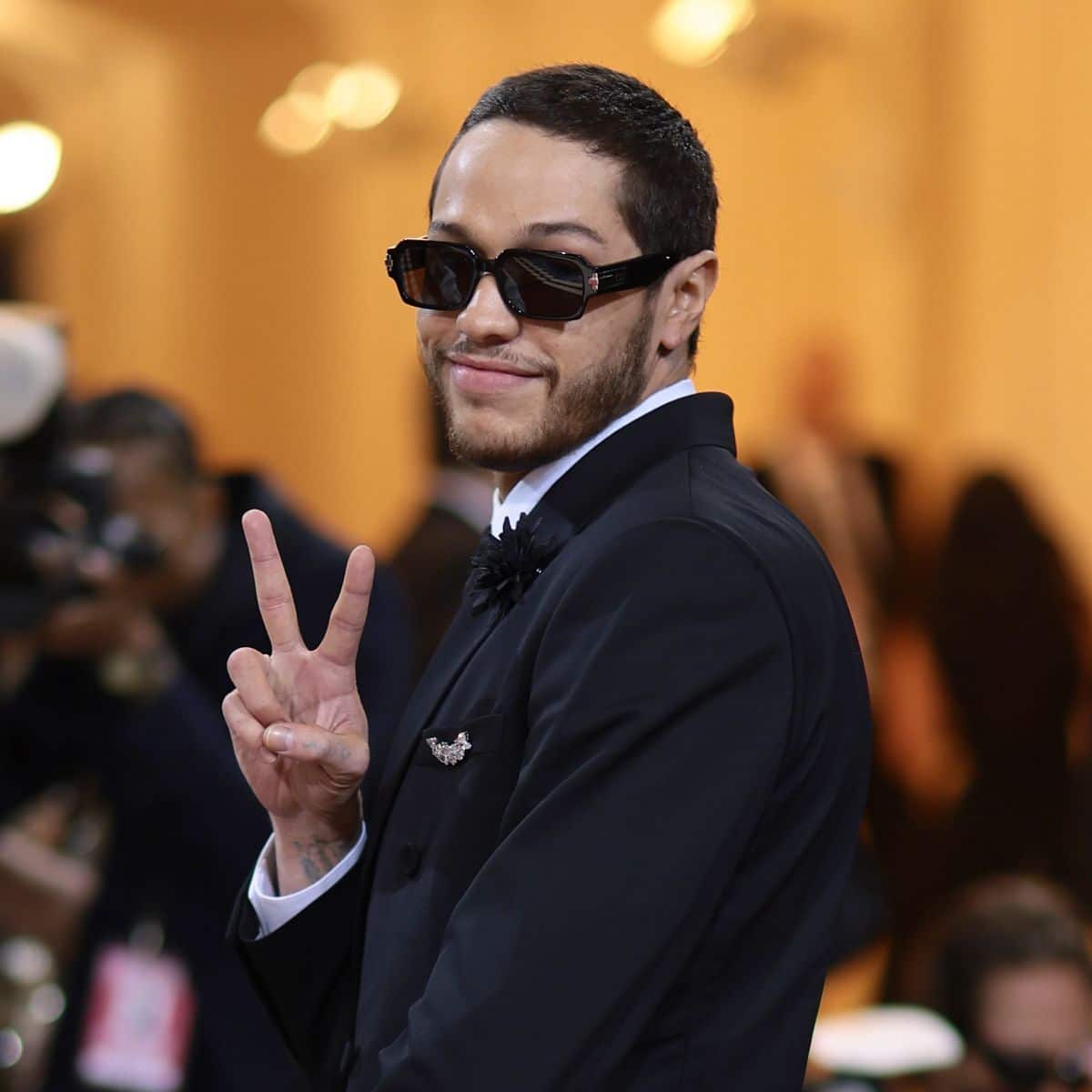 He did—for a whole month.

From the time he was 16, Pete had been gaining some experience doing stand-up comedy at a local Staten Island bowling alley.

After graduating from high school, though, he thought seriously about getting a “real job” someday.

After a month of classes, and with Pete’s friends sick of listening to him complain about college, one of them dared him to drop out and do comedy.

He did it—and the rest is history.

Scott Davidson was a New York City firefighter when the World Trade Center was attacked on September 11, 2001.

Pete was only seven years old at the time.

His father was remembered as a teacher, husband, coach, father, and a brave firefighter of Ladder 118.

All 6 of the Ladder 118 men who worked to rescue victims from the Marriott hotel on 9/11 were killed that day.

Scott’s son would pay homage to his late father—and work out some personal struggles of his own—in the movie The King of Staten Island.

READ MORE: Why did PewDiePie diss 69?

#5 How many tattoos does Pete Davidson have? 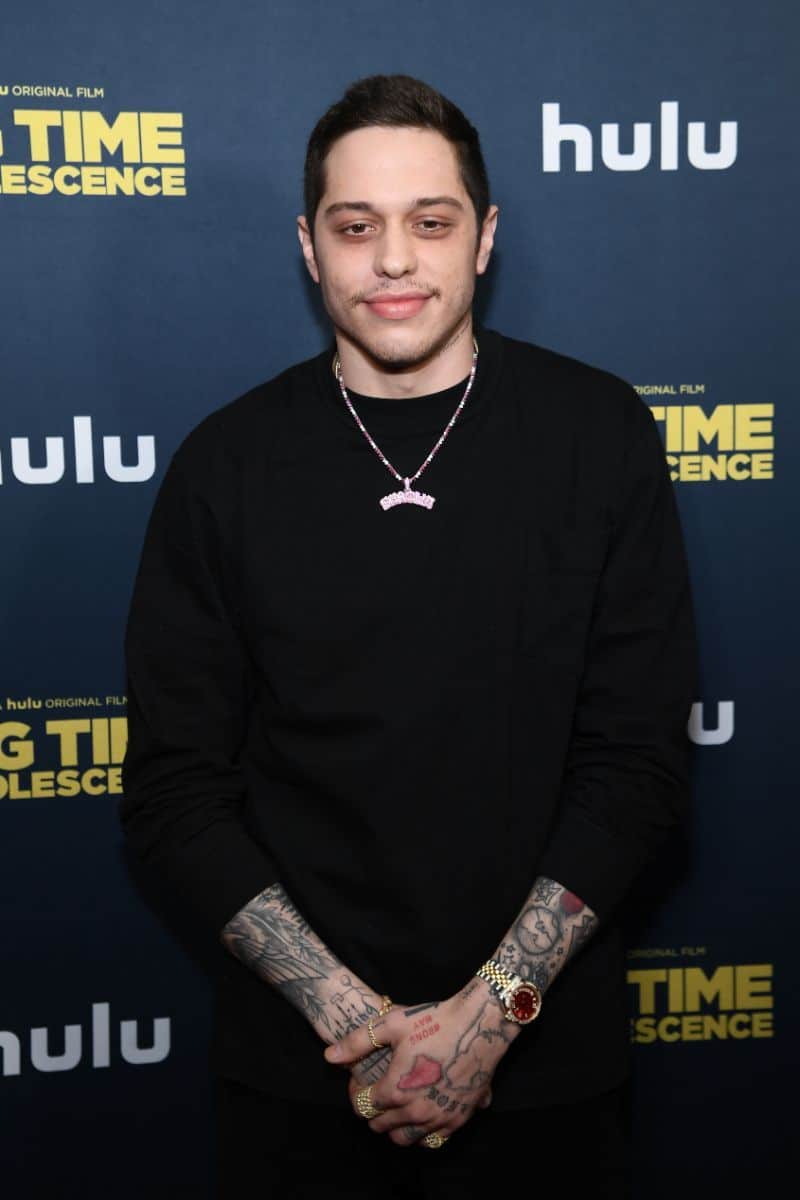 More than 100, the last time he counted.

Amongst them are several commemorating his relationship with Ariana Grande, his father’s firefighter badge number—8418—the Fireman’s Prayer, and one that says “my girl is a lawyer” in homage to Kim Kardashian.

There’s also the slightly disturbing KNSCP—which are the first initials of Kim and her four children to rapper Kanye West—and a Jasmine and Aladdin tattoo.

While he’s had several covered up or removed, there is also a Winnie the Pooh tattoo, a print of Pete’s surname down one side of his torso, and a tattoo of a fluffy pig with Piggy Smallz scrawled alongside it.

Finally, there’s the tattoo that he and Miley Cyrus both had done following an SNL skit together.

READ THIS NEXT: How old was Burt Reynolds in Gunsmoke?