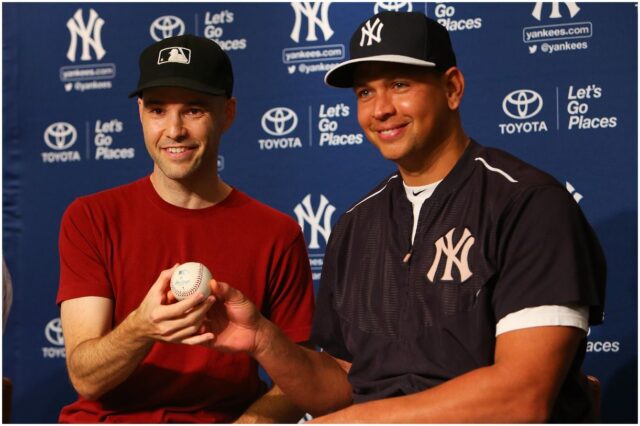 What is Zack Hample’s net worth?

Zack Hample is an American popular YouTuber, author, and baseball superfan who has written the books – “The Baseball,” “Watching Baseball Smarter,” and “How to Snag Major League Baseballs.”

Hample has also collected over 10,000 baseballs from over 54 different major league stadiums.

Hample is the son of Naomi Cohen and writer Stoo Hample.

As a child, Hample played baseball, basketball, and track and field.

From first through sixth grade, Zack went to Collegiate Elementary. From seventh through ninth grade, he went to Friends Seminary. Ultimately, Zack finished up at Columbia Prep.

In 1990, Hample caught his first baseball, however, he did not begin to document his collection until 1993. In that year, Zack had already collected over 146 balls.

On September 16, 2008, Zack made a leaping catch on a Jason Giambi (an American former professional baseball first baseman) home run. After he cathed the ball, Hample celebrated with a goofy dance which was captured on TV.

On May 28, 2011, Zack caught his 5,000th career baseball. It was an Alex Rios (an American former professional baseball right fielder) batting practice homer at Rogers Centre.

In the follow-up year, he attended MLB’s Opening Series at the Tokyo Dome in Japan, catching 23 balls in 2 games.

In 2013, Zack caught 2 home run balls in a single game at Yankee Stadium. In 2015, Hample snagged 2 home runs during the fourth inning at Citizens Bank Park.

Pitch In For Baseball

Zack works for Pitch In For Baseball, a non-profit organization that provides softball and baseball equipment to underprivileged children worldwide. Since 2009, he has raised more than $200,000 for the organization.

On March 1, 1999, he published his first book, titled – ”How to Snag Major League Baseballs: More Than 100 Tested Tips That Really Work.” The book explains all of his secrets to bringing home a baseball from a game as a souvenir.

On March 27, 2007, Zack published his second book, named – ”Watching Baseball Smarter: A Professional Fan’s Guide for Beginners, Semi-experts, and Deeply Serious Geeks.” The book details the ins and outs of hitting and pitching – whether you are a life-long season ticket-holder, a major league couch potato, or a beginner.

On March 8, 2011, Hamble published his third book, entitled – ”The Baseball: Stunts, Scandals, and Secrets Beneath the Stitches.” The book is filled with anecdotes and insider trivia of ball-induced insanity.

READ MORE: Who is Luca Manfè?

”I just hated school in general, and I couldn’t get along with other kids. I got teased relentlessly, and I was just starting to like girls, and it was a disaster.”

”When I was younger, people used to tease me for being obsessed with something so dorky. But now that I have a book published on the subject, I’m not such a dork. Funny how that works.”

”My favorite ball that I ever caught was the last home run that the Mets (Carlos Beltran) ever hit at Shea Stadium.”

”I’ve never sold a baseball, nor has the Hall of Fame ever expressed interest in any of my baseballs.”

”All I ever wanted to do as a kid was go to baseball games, and given the fact that no one in my family likes sports AT ALL, it was a struggle. My entire adult life has clearly been an attempt to compensate for that.”

”Camden Yards is my favorite stadium of all time and I also love Globe Life Park in Arlington, Texas.”

Zack was a guest on The Tonight Show with both Conan O’Brien and Jay Leno and has been featured on a variety of other television programs.

When asked what was his worst interview, he responded:

”The Tonight Show with Conan O’Brien. That guy is a certifiable a###le. I understand that it was late-night television, but man, he went way too far.”

Hample set the world record for catching a baseball dropped from the greatest height – 1,050 feet from a helicopter above a minor league stadium in Massachusetts.

He claims to have caught over 9,000 foul balls in his life.

When asked where does he store all of the baseballs he has gotten at MLB stadiums, he said:

”I don’t still have them all because I’ve given lots of them away to kids, and I’ve also donated some to the charity Pitch In For Baseball.”

READ MORE: The 30 Richest People in the World

Hample earns most of his wealth from advertisements on his YouTube channel. Currently, his channel has more than 147 million views, meaning $450k in revenue before taxes.

In addition, he is the author of three books that can be purchased on Amazon and his website.

Therefore, Zack Hample has an estimated net worth of about $1.5 million.

READ THIS NEXT: Is Jimmy DiResta married?