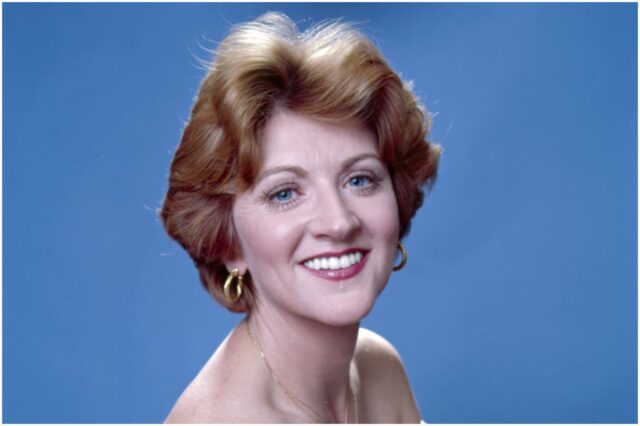 She was born on September 21, 1944, in Birmingham, Alabama, USA, to Marion Leona LeGore Neal and William H.

Both her grandfather and father were motion picture projector operators.

“I remember from my childhood is my grandmother and Bess made me fried green tomatoes.”

At age 11, Flagg won first prize at the county fair for an essay titled – ”Why I Want to be Bald-Headed.”

During an interview, Flagg recalled:

“My mother would torture me every morning braiding my hair. She would braid it so tight that I would just cry and have a headache.”

At age 14, Fannie began acting with a Birmingham theater troupe for young adults and children.

In 1975, Fannie appeared as the Amazon Doctor in the pilot for The New Adventures of Wonder Woman.

In 1978, she won first place in fiction for a short story.

In 1987, she published her most successful novel, named – ”Fried Green Tomatoes at the Whistle Stop Cafe.” The book remained on the New York Times bestseller list for 36 weeks.

The book is about the friendship between a middle-aged housewife (Evelyn Couch) and an elderly woman (Ninny Threadgoode) who lives in a nursing home.

During an interview, Fannie said about the movie:

”When the studio optioned the rights to Fried Green Tomatoes, they asked me to write the screenplay.”

Flagg went on to say:

”I declined because I wouldn’t know which characters to include. I was too close. Instead, I recommended a friend of mine, Carol Sobieski.”

Some of the stars in the movie are:

”Fried Green Tomatoes” received an award from the Gay & Lesbian Alliance Against Defamation and was nominated for two Academy Awards.

It grossed more than $119 million worldwide.

Note – unlike the book, ”Fried Green Tomatoes” does not make the lesbian romance between the two central characters explicit.

Other books that Flagg had published are:

In the 80s, she had a relationship with American writer Rita Mae Brown.

Rita and Fannie met at the party thrown by Marlo Thomas.

Note – Rita Mae Brown is an American feminist, activist, and writer who is featured in the feminist history film titled – ”She’s Beautiful When She’s Angry.” But, Brown is best known for her first novel, named – ”Rubyfruit Jungle.”

According to reports, Fannie also lived for about 8 years with Susan Flannery, an American director and actress who is best known for her roles in the daytime television dramas – ”Days of Our Lives” and ”The Bold and the Beautiful.”

As a child, Flagg struggled with dyslexia, one of the most common language-based learning disabilities. According to The National Institute of Health in the US, an estimated 1 in every 10 children may be dyslexic.

Symptoms of dyslexia include:

Fannie has said she was greatly challenged as a writer since she:

“was severely dyslexic and couldn’t spell, still can’t spell. So I was discouraged from writing and embarrassed.”

“People fascinate me. I don’t understand them as well as I’d like.”

”I didn’t even know my father until I was four or five.”

”Being a Southerner has been one of the joys of my life.”

”Remember, if people talk behind your back, it only means you are two steps ahead.”

”Almost all of my characters are based on people I have known.”

”I was interested in writing a history of a small town in America, a typical small town.”

”You know, a heart can be broken, but it keeps on beating just the same.”

”I had wanted to be a writer all my life, but I kept falling into acting.”

”Sincerity is as valuable as radium.”

”It seems like nobody is writing about really kind, nice, normal, ordinary, middle-class people.”

She has been a guest on several talks shows, including:

Flagg was friends with Brett Somers, a Canadian-American actress who died on September 15, 2007.

”Fried Green Tomatoes at the Whistle Stop Cafe” was mentioned in The Simpsons episode The Two Mrs. Nahasapeemapetilons.

Fannie is also the author of – A Redbird Christmas, Standing in the Rainbow, and Welcome to the World, Baby Girl!.

In addition, Flagg made some money from acting in several films, including – Crazy in Alabama, Grease, Stay Hungry, Five Easy Pieces, and Some of My Best Friends Are… Therefore, actress Fannie Flagg has an estimated net worth of $1 million.

READ THIS NEXT: Rebecca Skloot Net Worth