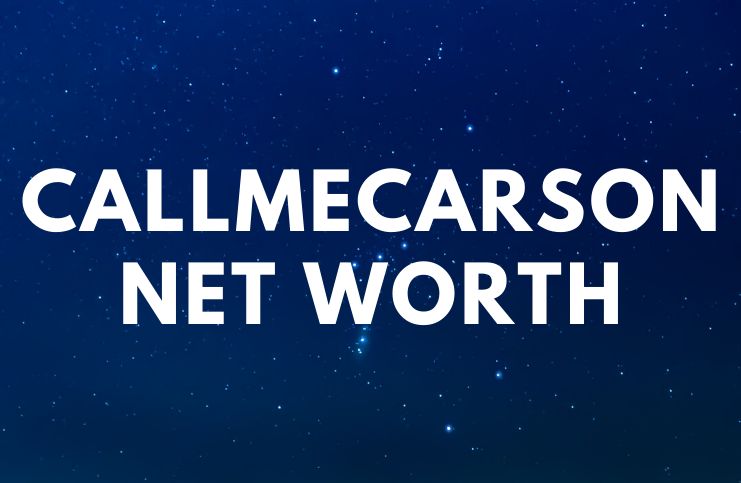 CallMeCarson (real name – Carson King) is an American YouTube comedian, Twitch streamer and podcaster who is best known for his popular YouTube channels.

Carson was born on May 10, 1999, in the United States. There is very little information regarding his parents and education.

He started his YouTube channel (CallMeCarson) on May 10, 2012. Carson typically published videos with his friends reviewing videos, images, or games with commentary.

At the time he started his YouTube channel, it was known as ”TheBlueCrewPros.”

King started to get more followers after uploading DeviantArt is NOT Safe and Invading Discord Servers videos.

Currently, the channel has over 2.55 million subscribers and more than 247 million views. The most popular videos are – I rigged a Discord Spelling Bee…, Funny Yearbook Quotes, and Best of CallMeCarson (1 mil special).

King has another YouTube channel, named – CallMeCarsonLIVE. This channel has over 1.27 million subscribers and over 192 million views.

His CallMeCarson VODS channel has over 155,00 subscribers and more than 21 million views.

King has over 752,000 followers on his CallMeCarsonLIVE Twitch account.

According to reports, CallMeCarson is dating Katerino, an American content creator and gamer who gained fame thanks to her Twitch streams of Stardew Valley, Overwatch, and League of Legends. She has over 180,000 followers on Twitch.

At the end of 2019, Katerino said on her Twitch stream that “people have been saying I should be dating twomad [Fortnite and Overwatch live streamer who has more than 826,000 subscribers on YouTube] instead of you, Carson.”

”Look how marketable I am. The people love Baby Carson. I am adorable.”

”There’s no greater bonding experience than walking in the school bathroom and joining your 80 fellow male classmates in singing the Halo theme song.”

”How does David Dobrik make such good music for his videos?”

”Been working on my poetry game – river river river, cry cry cry, cry me a river, the only thing that cries more than a river, That’s Me.”

”I just want to warn you all of the coming storm of people making ‘2020 vision’ jokes – there will be many and they will all be more popular than they should be.”

King earns most of his wealth from advertisements on his YouTube channels. So far, all his channels have more than 460 million views – this means about $920,000 in revenue.

Moreover, he makes money from his podcast Lunch Club Podcast (that also has a YouTube channel) and from selling merch on callmecarson.merchforall.com as well as on designbyhumans.com/shop/CallMeCarson/ (a California-based company).

In addition, Carson makes money from his Twitch account – donations from fans, ads, sponsors and subscribers. He has over 1665 subscribers on the platform, meaning about $4162 in revenue per month (from subs alone). Therefore, CallMeCarson has an estimated net worth of $1.3 million.

READ THIS NEXT: Who is Faker dating?