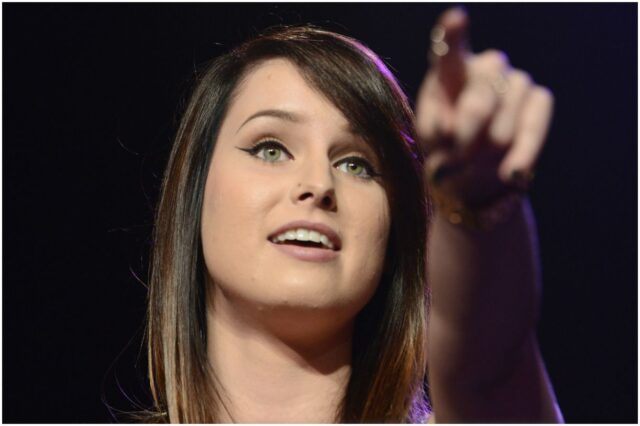 OMGitsfirefoxx (real name – Sonja Reid) is a Canadian vlogger, Instagram star, and gaming commentator, who is best known for her popular Twitch channel.

She spent a lot of time in foster care.

In 2013, she began streaming on Twitch while working retail.

Sonja also quit her day job to broadcast on the platform full-time, according to Engadget.

Currently, her Twitch channel has over 752,000 followers.

On Twitch, she has played a variety of games, most notably League of Legends, Animal Crossing, Counter-Strike: Global Offensive, Overwatch, The Sims 4, and Minecraft. She once said:

Sonja went on to say:

”But it can be really toxic because you only grow as much, earn as much and you only get as big as the effort you put in.”

On September 3, 2013, Reid started her YouTube channel (OMGitsfirefoxx). It has over 717,000 subscribers and more than 83 million views.

On December 29, 2015, Sonja started another YouTube channel, FOXXVLOGS. The channel has over 3.5 million views and more than 61,000 subscribers.

In 2016, Sonja moved to Portland. In the same year, she appeared on Forbes 30 Under 30. Reid recalled in a later interview:

”I still don’t really know how or why anyone approved me to be on that list.”

”I never thought that I would have any sort of Guinness World Records title at all, I’ve just sort of amassed this amazing group and community of my Foxx family.”

”It really makes me feel like I’ve accomplished something in creating this amazing community that I have on Twitch.”

In 2018, Sonja appeared on Nerdy Nummies, a baking show that teaches how to make treats inspired by books, TV Shows, movies, video games, and comics.

Also in 2018, Reid hosted the SXSW Gaming Awards – awards given to video games during the annual South by Southwest Festival.

For more than 2 years, OMGitsfirefoxx dated Tucker Boner (also known as Jericho), a vlogger and gamer who is part of a group called The Gamer Shore.

They met playing an online game together. The two separated in 2016.

”If you could have this road lead to anywhere, where would it be?”

”You might not realize, but you make me smile every day with all of your emails, messages, tweets, and support.”

OMGitsfirefoxx has four fingers on her right hand.

”I’ve been missing my pinky since birth. There’s no bad ass scar or any other deformities, it just never grew.”

In 2018, Reid hired a law firm (McPherson LLP) to obtain a restraining order against an alleged stalker.

In 2019, it was reported that Sonja is being sued by the law firm for unpaid legal bills. According to the lawsuit, the streamer owes over $41,000 in legal fees.

She calls her followers and fans the “Foxx Family.”

In 2015, Reid celebrated the release of Fallout 4 by playing the game for 19 hours straight.

Other famous female Twitch streamers are Katerino and Valkyrae.

Reid earns most of her wealth from streaming on Twitch, sponsors, and advertisements on YouTube.

On Twitch, Reid makes money from donations, subscribers, ads, and sponsors. From YouTube ads, Sonja made around $200,000. She has collaborated with Intel, Syfy, and Audi. Therefore, OMGitsfirefoxx has an estimated net worth of $0.5 million.

READ THIS NEXT: Who is Gary Drayton?