Ezra Koenig (nicknamed – EZ) is an American songwriter, podcaster, singer, and musician, who is the lead vocalist for the Vampire Weekend, a New-York based band that became known for the hits – Diane Young, Cousins, and A-Punk.

Koenig is of Hungarian Jewish and Romanian Jewish descent.

His mother, Robin Koenig, is a set dresser on TV and film productions, while his father, Bobby Bass, is a psychotherapist.

In a 2014 interview, Koenig said about his father:

“My dad is a massive music fan, so even just growing up in the house, he was buying new cool music, up through when I was born.”

While being a student at Columbia University, Ezra wrote a short story set at a posh New England prep school.

After graduating from college, Ezra taught English through Teach for America (a nonprofit organization) at Junior High School 258 in Brooklyn, NY.

In 2006, Ezra founded Vampire Weekend. Koenig is the lead guitarist and vocalist. In the same year, the band played their first show at a battle of the bands in a campus basement. 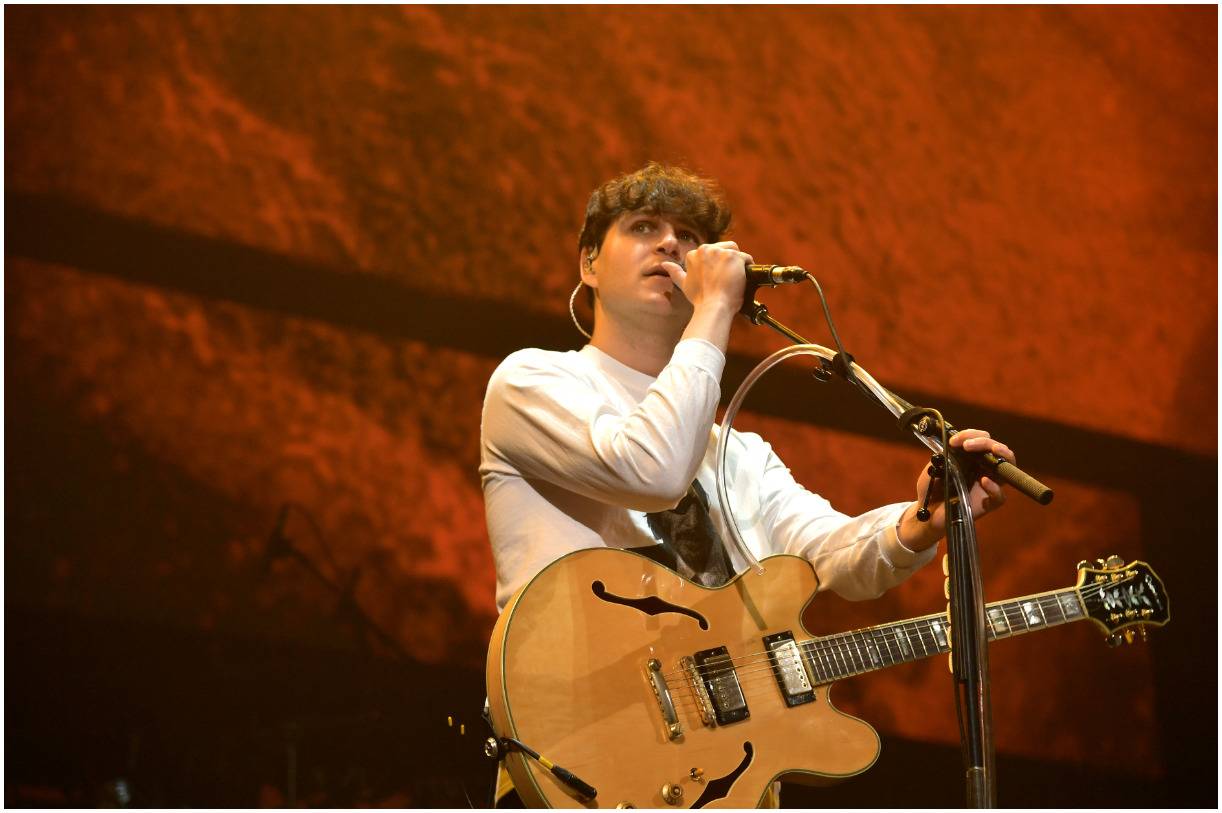 In 2008, they played for 40,000 fans at England’s Glastonbury festival and had performed on Saturday Night Live.

In 2013, the band recorded another album, called -” Modern Vampires of the City.”

In 2019, Vampire Weekend released their fourth LP, titled -” Father of the Bride.” The album features the singles:

The band performed at a rally for US Presidential Candidate Bernie Sanders in February 2020.

It is an animated television series produced by Japanese anime studios Studio Deen and Production I.G., and created by Ezra Koenig.

It is about a depressive, demon-slaying playboy voiced by Jaden Smith.

On December 7, 2018, a Neo Yokio Christmas special was released.

It is an internet radio show created and hosted by Ezra Koenig which debuted on July 12, 2015. Up until September 6, 2019, 100 episodes have aired. The show airs every two weeks.

The show features Ezra and a variety of notable guest stars, including:

Ezra Koenig is involved in a romantic relationship with Rashida Jones.

According to reports, the two began dating after they attended a NY Knicks game together in 2016. 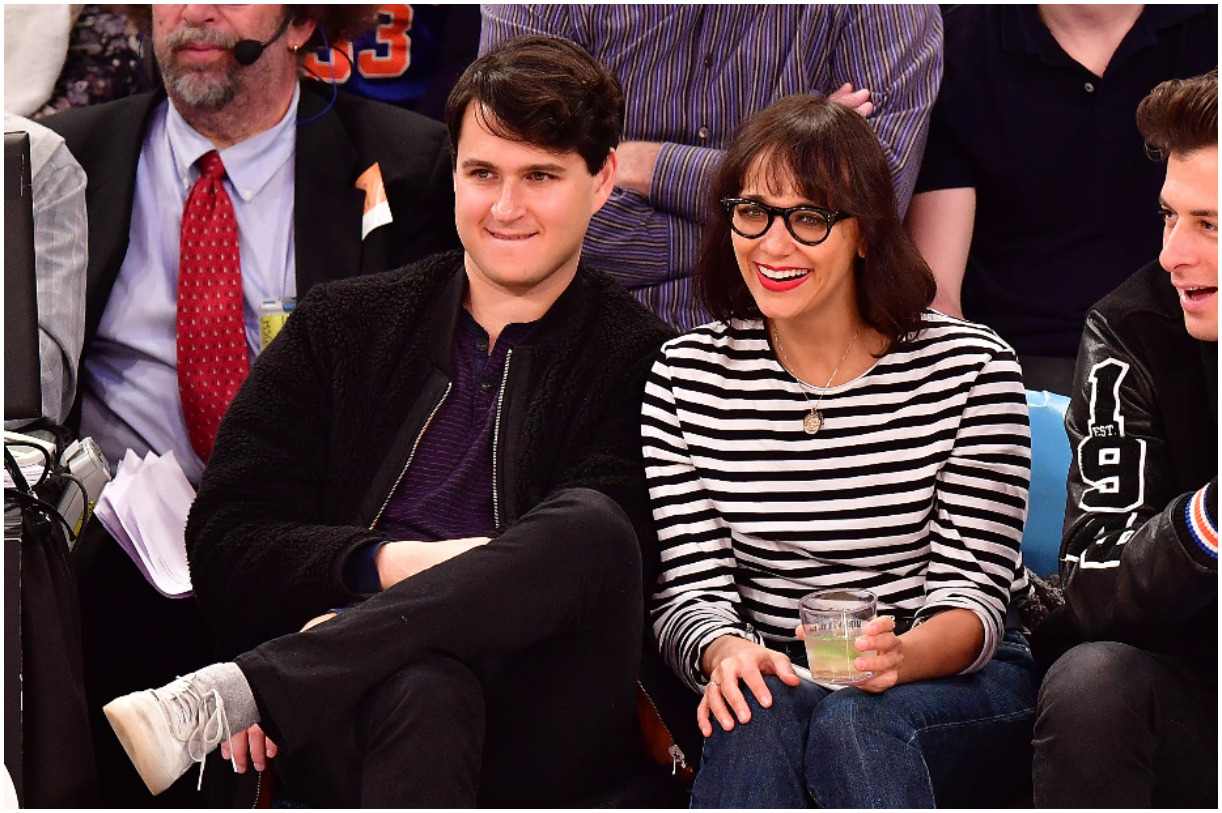 Rashida Jones is an American actress who starred in I Love You, Man, The Muppets, The Social Network, and The Office.

Her mother is actress Peggy Lipton, while her father is record producer Quincy Jones. In 2018, Rashida was the co-director and executive producer of the Netflix documentary Quincy.

On August 22, 2018, the couple welcomed their first child, a son named Isaiah Jones.

” In Europe, I always have fun bike riding in Amsterdam.”

” I still to this day get the most inspiration from rap lyrics.”

” I like how Ralph Lauren creates a mystical world through his clothing.”

” I don’t like to generalize, but I’ve had nothing but bad experiences with Mexican food in Europe.”

” As people have been saying for thousands of years – love is the only answer to the absurdity of the world.”

” Rapping and singing are not two polar opposites. There’s so much middle ground.” 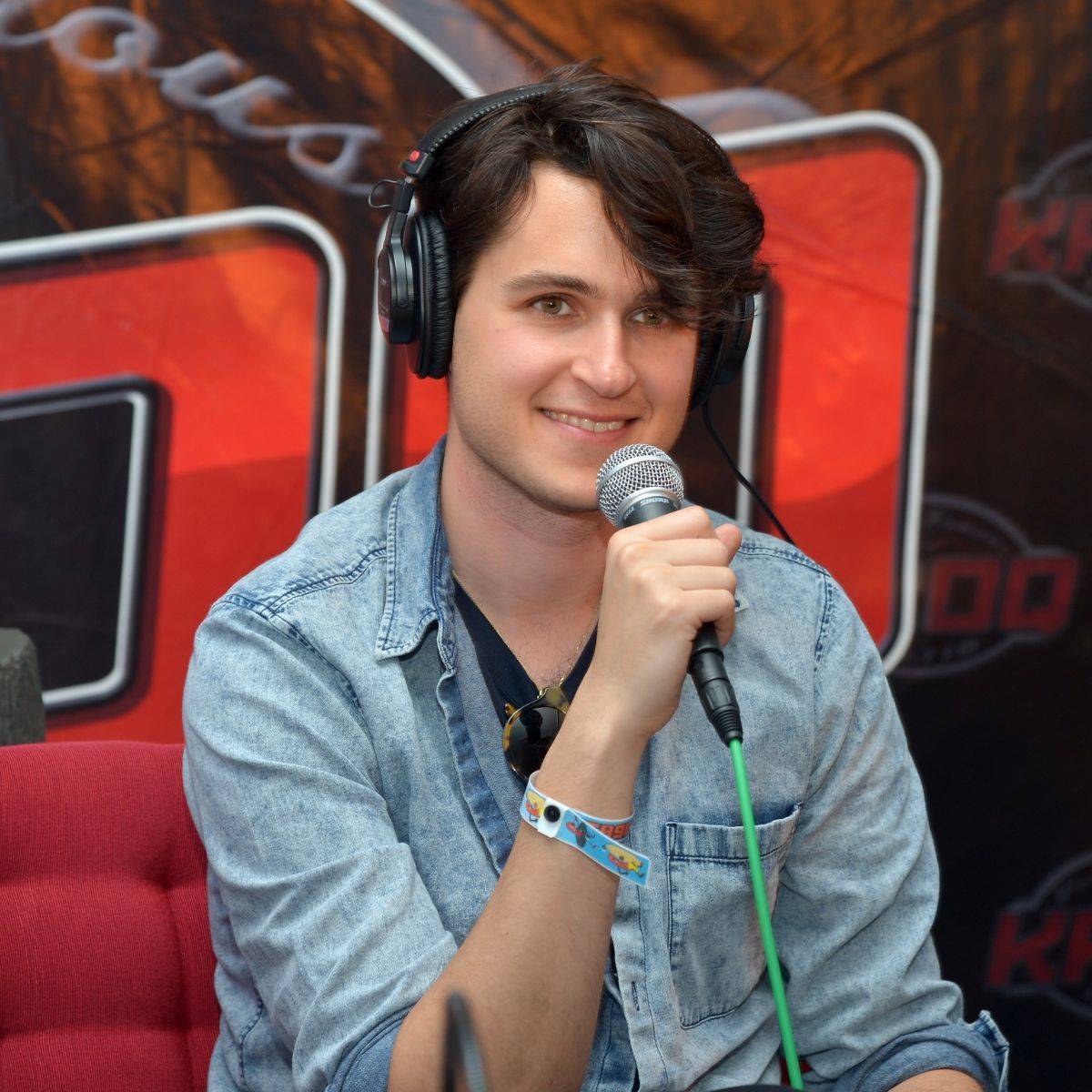 In 2016, Ezra was nominated for his production work on Beyoncé’s album Lemonade.

In 2017, Koenig made an appearance in Charli XCX’s music video for “Boys.”

In 2016, he was credited as a producer and writer on the song “Hold Up” by Beyoncé.

In 2013, Ezra was featured in the song “Jessica” by Jamaican-American electronic dance music trio Major Lazer.

In 2012, he performed “I Think Ur a Contra” with Beninese-American singer-songwriter Angelique Kidjo in her PBS special.

In the same year, he provided vocals on the song “Carby” on LP, the debut album from Discovery.

During an interview, Koenig said that his favorite bands were The Cure and The Smiths. In his words:

”Growing up, I always liked artists like The Smiths and The Cure.”

Koenig earned most of his wealth from being the lead guitarist and vocalist of the band Vampire Weekend.

Therefore, American singer-songwriter Ezra Koenig has an estimated net worth of $9 million.

READ THIS NEXT: Is George Watsky dating now?